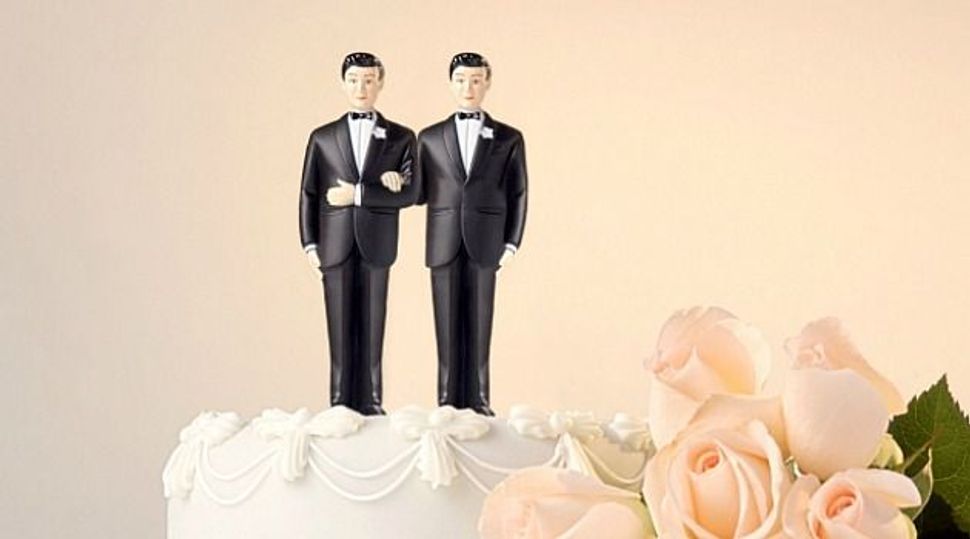 Some of us who consider the teachings of a religious tradition to define our purpose on earth have been feeling a bit like Winston Smith enduring Hate Week in ‘1984.’

The protagonist of George Orwell’s novel was distressed by his totalitarian society’s collective projection of ill will against a nebulous enemy. Thankfully, even 31 years after Orwell’s imagined autocracy, we are blessed to live in a wonderful, free one.

But even a democratic society’s opprobrium can be frightening, especially when it’s aimed at sincere, deeply held beliefs. The object of the recent communal ire, of course, was Indiana’s religious freedom bill. Anger, indignation and threats of economic boycotts by large companies and sports franchises supersaturated the atmosphere, causing Indiana’s lawmakers – and Arkansas’ – to beat a hasty retreat from their attempt to protect religious rights.

As an Orthodox Jew, I believe that things like elective abortion, homosexual acts and marriages between Jews and non-Jews are against God’s will. I make no apologies for those convictions, and nothing can change them. But I do not deign to judge others, and harbor no animosity whatsoever for any civil human being, whatever his or her actions or proclivities. Nor do I wish in any way to deprive anyone of anything because of how he or she chooses to live.

And so, were I a baker and a person identifying himself as an intermarried Jew or a homosexual asked me to bake him a birthday cake, I would treat him like any other customer. Were he to ask me to bake a wedding cake with two grooms atop it, or which featured an intertwined cross and Jewish star, I would politely apologize and tell him that my sincere religious convictions, those of the millennia-old Jewish faith, prevent me from playing even a peripheral role in the celebration of things the Torah considers wrong. My customer would not likely have trouble finding a less religiously fettered baker.

Should my potential customer’s feeling that he is entitled to my particular services, and his belief that my withholding them makes me a bigot, trump my “antiquated” religious scruples? Much of contemporary society, it is clear, would offer a resounding “yes!” But that reaction is profoundly at odds with a value enshrined in another tradition: the United States Constitution.

The First Amendment’s “free exercise” clause reflects the Founding Fathers’ commitment to the principle that American citizens should be entitled to hold religious beliefs, and take actions (or refrain from them) on behalf of such beliefs. That core American value brought countless people persecuted for their faiths in their native lands to the shores and security of our country.

Traditional religion is not attractive to many people these days; faith would badly lose a popularity contest to the “progressive” values endlessly exulted over and promoted by liberal thinkers, celebrities and cultural figures. But the same Bill of Rights that allows those progressives to promote their point of view also allows religious Americans to live their own sincerely held convictions, popular or not. In fact, especially when not.

The Founding Fathers “knew that there needed to be a space of freedom between Government and people of faith that otherwise Government might usurp.” Those were President Bill Clinton’s words in 1993 upon his signing of the federal Religious Freedom Restoration Act (RFRA), on which Indiana’s (and other states’) religious protection laws are modeled. “[L]et us never believe,” he continued, that the law “imposes on any of us some responsibility to run from our convictions.”

In the years since that federal law’s enactment, sometimes the courts have ruled in favor of religious exemptions, other times not. It has functioned well to fill in the cracks that some court rulings have opened over the years in the First Amendment’s assurance of Americans’ right to their religious convictions.

The Hoosier religious protection law as first proposed was more expansive than its federal predecessor, making it explicit that it applies to people running businesses as well as to individuals. Some have seized on that distinction (one without any essential difference) to imply that the law was nothing more than a subterfuge designed to provide cover to bigots.

But if people who hate homosexuals would have tried to invoke a law like the ones Indiana and Arkansas are now revising under pressure, the bigots would not prevail. Religious freedom laws do not protect base prejudice, and courts can be counted on to affirm that. But there is a real and present issue at stake here: respect for religious beliefs. Dismissing such beliefs as masks for bigotry is an evil to itself. And the two states’ about-faces, intentionally or not, feed that evil, and empower the idea that religious rights are not important enough to merit robust legal protection.

Rather than imagine nefarious intentions on the part of lawmakers, Americans would do better to remember something decidedly non-imaginary: There was a reason protection of Americans’ religious beliefs and practices was enshrined by the Founding Fathers in our Constitution.

In other words, whatever one may think of another American’s religious convictions, his or her right to live those convictions is essential to what animates our remarkable republic.

Or, at least, it has been until now.