American Jews Should Have a New Goal — Recognizing Palestine 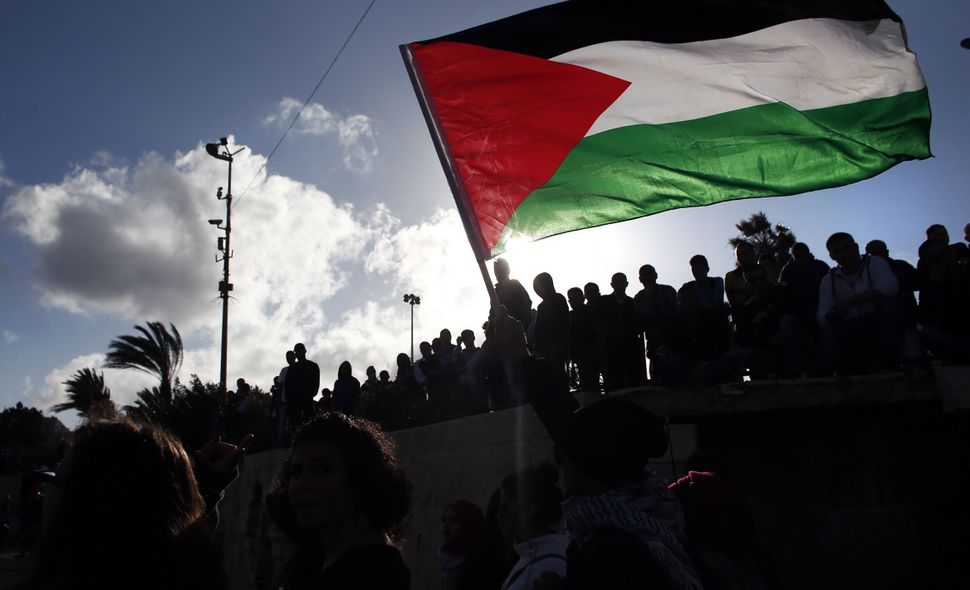 Palestinians wave a giant national flag during a demonstration in March. Image by Getty Images

Now is not the time for despair among liberal American Jewish supporters of Israel. Neither justice nor the love of Israel can accommodate resignation. Rather, we must respond to the Middle Eastern reality with one important move: urge our own government to recognize Palestine.

Here’s why. Benjamin Netanyahu’s election-eve abandonment of the two-state solution fits in with a well-worn right-wing Zionist belief that the Palestinians must be worn down by a long, hard occupation or defeated in the next major war. But even if such a strategy were just, it would be nearly impossible to pull off. It depends on the complicity of the United Nations, Europe and the United States — not to mention Russia and China. And it is predicated on the notion that the world will not get involved on the Palestinians’ side.

Maybe that strategy will work, but I doubt it. More important, many of Israel’s security hawks doubt it. They’re worried that a permanent occupation will eventually become apartheid. And that the world will not stand by forever.

They are right. And we in the Jewish community who support Israel cannot wait and watch passively while it becomes a pariah state. We need to publicly and loudly stand up for an alternative.

Since there is no viable peace process at this time, the Palestinian Authority is justified in turning to the United Nations to vindicate the rights of the Palestinian people, all three-plus million of them who are deprived of their own sovereignty. Because of Netanyahu’s confrontational actions and statements, the Obama administration has sent out signals that it might not stand in the way.

Moderate and liberal American Jews must pro-actively support this move. It not only fulfills our best ideals of justice, but also is much safer — dare I say more conservative — than Netanyahu’s waiting-game gamble.

If Americans were not already so heavily involved in influencing Israeli politics, one might argue that the people of Israel should be the only ones to decide whether there is to be a State of Palestine. But this is wrong for two reasons. First, American Jews have already made a mess of Israeli politics; they’ve just done so primarily on one side, in the form of Sheldon Adelson’s pro-Netanyahu Israeli newspaper, the American funders of Netanyahu’s campaign and the campaign’s American spin doctors, not to mention the GOP’s unabashedly partisan circus on Iran. This is not virgin territory. 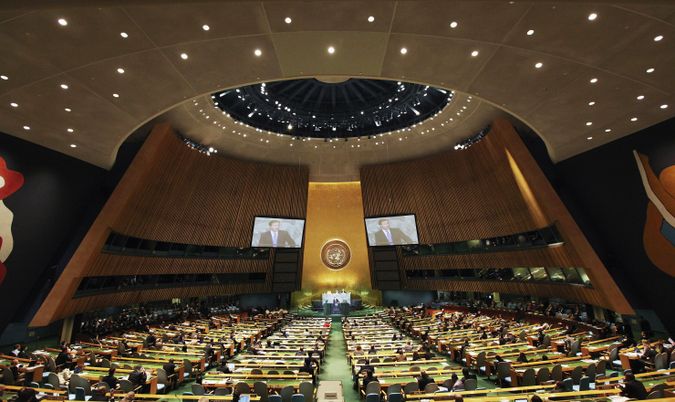 Second, Israel exists, as do all small states, as part of an international community, one with laws and customs that do not allow for one population to perpetually occupy another.

In other words, no, it is not just up to Israel whether the state of Palestine can exist or not. It is up to the international community, in at least equal measure. And, of course, to the Palestinians themselves, who have moved forward with their plans for statehood in the absence of a negotiated agreement.

But these examples do not undermine the rightness of pressing for Palestinian statehood, for at least two reasons. First, I am not making a purely principled argument; I am simply pointing out that the international community has a say, whether or not it exercises it justly elsewhere. (And sometimes, as in Bosnia, for example, it does.) Second, as a small nation created by the United Nations and heavily supported by foreign aid, Israel is differently situated from the other countries listed above. All are subject to international law, but a country created by an international body particularly so.

Moreover, Palestine will be just as dependent on Israel economically and politically as it is today. Recognizing Palestine will not end the occupation — and recognition is not the same thing as sending in U.N. peacekeepers, for example. It is a legal change, and an ethical one. Its political and military impact will be very, very gradual. Statehood would be the beginning, not the end, of a true peace process.

Nor would recognizing Palestine have any impact on the security issue Israelis are most concerned about, which is Iran. Nor would it legitimize Hamas, or alter Israel’s right to protect itself from rockets in Gaza, instability in Syria or other threats. Indeed, one can be extremely hawkish on Iran and other issues, and still see that recognizing Palestine is sound policy.

I challenge J Street and other pro-Israel organizations to join together and support a policy of not standing in the way of Palestinian statehood. If the Obama administration moves in that direction, we should support it. If not, we should push for it.

There used to be a Likud party that supported a slow, cautious peace process. Thanks in part to American meddling, that party no longer exists. Nationalists have captured the leadership and have shown their true colors.

But there is an alternative. A two-state solution remains the only viable, and moral, hope for a democratic Israel. American Jews can play a vital role in helping to bring it about.

American Jews Should Have a New Goal — Recognizing Palestine