Men Refusing To Sit by Women? That’s the Symptom. Here’s the Sickness. 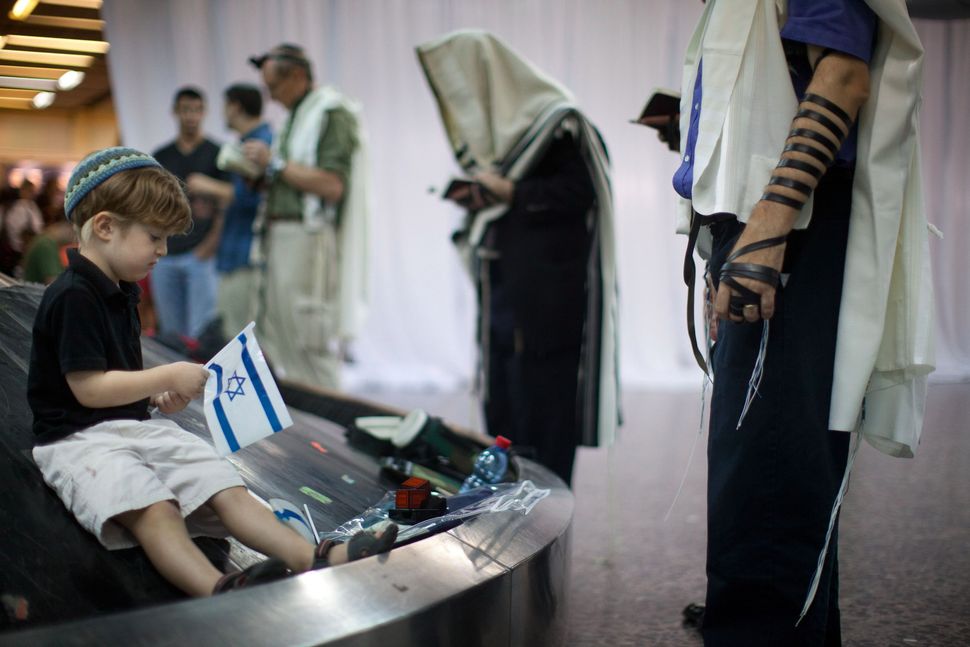 When I saw the front page of the New York Times last week with the headline a sense of dread perforated my stomach.

The article was an examination of the phenomenon of ultra-Orthodox Jewish men who, when faced with being seated next to a woman, demand that the woman be extracted and moved to another seat, all under the guise of shomer negiah (literally “observant of touch,” or abstaining from contact with members of the opposite sex) as a religious practice. To claim that this is a sound rationale or a feasible defense is not only a manipulation of religion — it’s a manipulation for the sake of a patriarchy deeply embedded within “traditional” Judaism. More than that, it’s a symptom of an illness: the increasingly rampant misogyny within small pockets of the global ultra-Orthodox community.

Of course, stories like these are nothing new. In recent years, both mainstream and Jewish media have reported on other misogyny-fueled instances of male dominance in fringe communities, from the terrorizing and policing of women’s clothing (and bodies, and sexuality) in ultra-Orthodox Beit Shemesh to Yiddish signs posted in the Satmar area of Williamsburg ordering women to cross the street in the presence of an approaching Jewish male.

But the issue of airplane seating arrangements reaches a whole new level: While most publicized instances of fringe Orthodox misogyny are insular in nature, only affecting Jewish women in these occupied areas, the latest wave affects secular women, Jewish and non-Jewish alike.

As the Times article explains, the recent trend of wielding the shomer negiah card actually goes against the advice of eminent Orthodox scholar Rabbi Moshe Feinstein, who “counseled that it was acceptable for a Jewish man to sit next to a woman on a subway or bus so long as there was no intention to seek sexual pleasure from any incidental contact.” So why are ultra-Orthodox men playing this card now, and not before?

As Sigal Samuel writes over at BuzzFeed, Orthodox misogyny may be a reaction against the emergence of religious feminism within other streams of Judaism, which have been giving women increased leeway: “In recent years, Orthodoxy has set itself apart from other denominations by clamping down even harder on women’s ritual rights.”

And at The Jewish Week, psychologist Gail Bendheim extrapolates that this game of dominance and submission is deeply embedded in the fear of a lost sense of traditionalism:

In a relationship based on fear, there are only two possibilities — submission or domination. Submission to the ultimate will of God may be a positive religious stance; however, to be overly fearful has an ominous flip side, which is to be rigidly authoritarian. When the community becomes vulnerable, especially at its edges, where there is less stability, the situation we are now witnessing is the result. Hence this powerful fringe group, driven by fear of modern society, rigidity and ignorance, and unable to process any aspect of the world that doesn’t conform to its fantasy of the perfect life.

The public, micro-aggressive act of demanding that a woman give up her seat is really a symbolic, loaded gesture. The reinstated dominance of men over women uses “modesty” as a coded and loaded term for the purposes of submission. As a result, it’s usually women who are forced to comply with the whims of their male counterparts. Men get to retain the status quo; women are forced to perform some action or change that reifies their submission.

Recently, I spoke with a male Hasidic friend about our views as to why incidents like these receive massive media attention, and the root of them happening in the first place. “It’s about piety that’s unrooted from practicality,“ he explained. “Rabbi Feinstein even said it’s unnecessary. It’s part of a minority trend of brinksmanship when it comes to abstaining from secularism.” As he said this, he produced a photo taken on his phone: a selfie of him on an airplane seated next to a fellow passenger, a secular woman he had a friendly conversation with, giving the camera two thumbs up. He has never asked anyone to exchange seats for his sake. For him, it’s a non-issue.

He then told me a story: “In the 1930s, the Lubavitcher Rebbe was taking a train ride. He was in the sleeper car; the other person in the car was a woman. He didn’t ask her to move. Instead, he stood in the hallway the whole night studying. It’s not about making someone else uncomfortable for your values. Make yourself uncomfortable.”

This — a story about understanding the balance between personal values and respect for others — is a representation of what true Orthodoxy can and should be today.

Men Refusing To Sit by Women? That’s the Symptom. Here’s the Sickness.