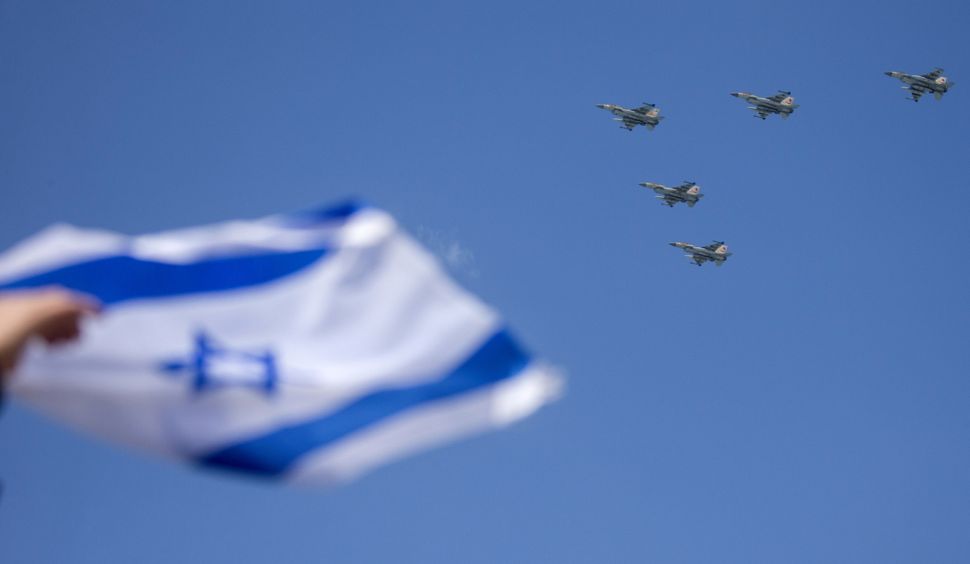 It’s almost quaint, really, the faith that so many folks still have in the transcendent power of Israel to unite Jews of every stripe when so much else divides us. It’s been a truism for generations, perhaps since Israel’s founding in 1948, certainly since the Six-Day War in 1967, that Israel is the one issue on which Jews agree.

Whether or not it was ever true — and we’ll examine that in a moment — it certainly isn’t true today. In fact, it’s probably fair to say that Israel has become the most divisive issue in American Jewish community life today.

But divisive, it turns out, doesn’t mean the same thing as alienating. We’re fighting more about Israel, but we’re no less attached.

One statistic that’s frequently cited as evidence of a growing crisis is the finding in several recent surveys that fewer than one-third of Jews now say they are “very attached to Israel.” The famous Pew Research Center survey in 2013 put the number at 30%. Another 39% say they’re “somewhat attached.” That means a total of 69% of American Jews feel at least somewhat connected to Israel. The other 31% say they’re “not very” (22%) or “not at all” (9%) attached. It’s shocking.

By way of comparison, an American Jewish Committee survey of American Jewish opinion from 1986, nearly 30 years ago, found 62% saying they felt “very” (20%) or “fairly” (42%) “close to Israel.” A note of caution: The AJC surveys poll a more conservative, Jewishly engaged population than the Pew survey. They interview respondents who identify themselves as Jewish by religion, while Pew included individuals who say they’re Jewish but have no religion. Among Pew’s Jews “by religion,” a full 76% were “very” (36%) or “somewhat” (40%) attached to Israel. That’s a 14% rise in attachment over three decades. We might need to redefine exactly what the “crisis” really is.

Another favorite trouble sign is the discovery that rabbis — as many as one-third in one recent survey — say they’re “afraid” to talk to their congregations about Israel because of the heated emotions the topic ignites on both sides, particularly from older, conservative donors. This crisis has been rediscovered by the media every September for the last few years, as a way of goosing stories about rabbis and their best-attended sermon of the year on Yom Kippur.

The good news is that talking about whether Israel still unites us is fast becoming a major unifying force. Conferences, community forums and learned studies create a near-constant buzz of excited discussion. Those who aren’t studying the state of Jewish unity around Israel are busy yelling at each other over the rights or wrongs of Israeli behavior. It’s a new way of bringing Jews together. Or not so new.

“In previous generations, attachment to Israel expressed itself in uncritical support for the Israeli government and its policies,” Northeastern University political scientist Dov Waxman told a recent conference on Israeli-American Jewish relations at New York University. “Today, attachment increasingly expresses itself in criticism.”

The conference, which convened scholars and community leaders from several cities, took place on a recent Sunday, April 19. This happened to be the 72nd anniversary of the Warsaw Ghetto Uprising and the 240th anniversary of the Battle of Lexington and Concord, though neither rebellion came up during the day’s deliberations. The participants had other battles on their minds. (Full disclosure: I participated in one of the day’s sessions by moderating a panel discussion between Israeli and American diplomats.)

The biggest battle on the agenda was the one between the growing number of critics of Israel, mainly from the younger generation, and the increasingly adamant defenders, who try in various ways to keep the community united by silencing or excluding the critics. As Waxman put it, “there is a growing polarization within the Jewish community between those who say we must support Israel uncritically and those who say we must express our disapproval, because the Israel we love is in danger.”

The battles take place almost anywhere Jews gather. J Street, the self-described “pro-Israel, pro-peace” organization, often finds itself unwelcome at synagogues and in campus Hillel houses where donors threaten to yank their gifts if the liberal group’s representatives are allowed to speak.

Hillel International CEO Eric Fingerhut famously canceled a speech in March to several hundred students at J Street’s national conference in Washington, on the pretext that he hadn’t realized critics of Israel — specifically Palestinian negotiator Saeb Erekat — would be present. The actual reason, according to sources close to Hillel International, was a threat by donors to withdraw if he spoke. “Eric Fingerhut is a casualty of the culture war,” said NYU panelist Yona Shemtov, executive director of the Israel-based Encounter organization.

Some of the conservative backlash is inspired or even directly nurtured by Israel’s increasingly combative and increasingly influential right wing. Major battles have been touched off in this country as a result of the Knesset’s 2011 passage of a bill prohibiting public advocacy of boycotts of products or institutions based in Israel “or territories under Israel’s control.” That is, conflating the anti-Israel campaign known as BDS — boycotting, disinvesting and sanctioning Israel, its businesses, arts and academia — and the separate effort by the Israeli Zionist left to protest continued West Bank settlements by boycotting them.

As a result of this conflation of pro- and anti-Israel protest, rightists first in Israel and now here have undertaken a noisy, nasty campaign to ostracize the New Israel Fund, which helps women’s rights, civil liberties, religious pluralism and minority rights groups in Israel, as though it were anti-Israel. There’s an annual effort by rightists to bar a group called Partners for Progressive Israel, the American arm of Israel’s Meretz party — and the parent organization of the pioneering labor Zionist youth movement Hashomer Hatzair — from participating in New York’s annual Salute to Israel parade.

And now there are campaigns underway to unseat the president of New York’s UJA-Federation, Alisa Doctoroff, because she’s a donor to NIF, and to bar Ameinu, the American wing of Israel’s Labor Party, from participating in the elections to next fall’s World Zionist Congress.

Not all of Israel’s left-wing Jewish critics, it should be noted, say they’re criticizing out of love for Israel. Many insist that they want to criticize Israel because they don’t love it.

On the other hand, there are those who suggest the vehement criticism from certain Jewish circles, such as the controversial Jewish Voice for Peace, represents a new form of attachment to Israel. “They probably wouldn’t agree, but people who join JVP are attaching themselves to Israel,” Hebrew Union College sociologist Steven M. Cohen told the NYU conference. “They’re showing disapproval, even extreme disapproval, but they’re involving themselves in the life of Israel.”

This shouldn’t be startling. One can love one’s kin without necessarily liking them. Indeed, that could be a lesson of American Jewish education. But the strategy of the community’s leadership for generations has been to try promoting love for Israel by presenting it as likable. This creates a brittle, fragile love that collapses when confronted with unpleasant facts.

I tried out that theory a few days later during a community forum uptown at the Jewish Theological Seminary. My argument was criticized afterward, vehemently, by a Jewish Voice for Peace activist from a nearby campus who objected to the idea that she might be considered “attached” to Israel. It takes all kinds.