RBG Breaks It Down Like A Boss on Gay Marriage 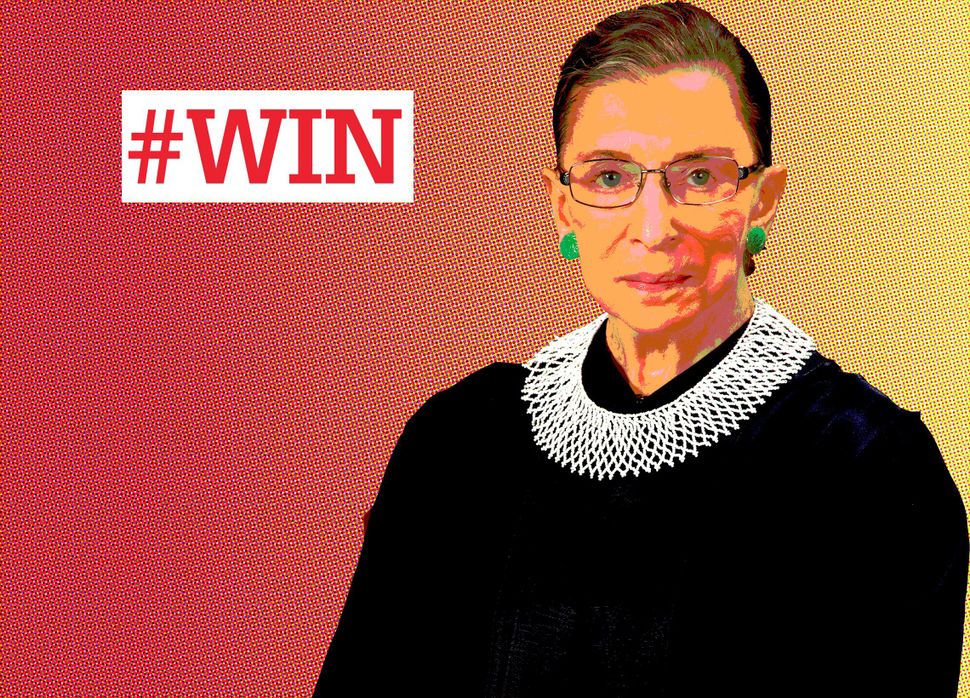 The Supreme Court’s dilly-dallying and uncertainty when it comes to gay marriage legalization is disappointing to some and highly disconcerting to others. But in all that darkness there is one bright shinning light. Our favorite Jewish and “Notorious” Supreme Court justice,

In the recent supreme court debate on gay marriage, RBG smacked down some logical fallacies with her hammer of justice and well, plain old common sense!

On wanting to keep ‘traditional’ marriage:

“Marriage today is not what it was under the common law tradition, under the civil law tradition… Marriage was a relationship of a dominant male to a subordinate female. That ended as a result of this court’s decision in 1982 when Louisiana’s Head and Master Rule was struck down … Would that be a choice that state should [still] be allowed to have? To cling to marriage the way it once was?”

On marriage being ‘for the children’:

“Suppose a couple, 70-year-old couple, comes in and they want to get married? You don’t have to ask them any questions. You know they are not going to have any children.”

Burch argued that “a 70-year-old man obviously is still capable of having children and we’d like to keep that within the marriage.” To which we reply: “???????”

On gay marriage somehow ‘hurting’ the value of heterosexual marriage:

But we might have to wait a while before we see whether common sense and the Notorious RGB win this battle. The Supreme Court is expected to make their decision by June, the last before the end of this term.

RBG Breaks It Down Like A Boss on Gay Marriage