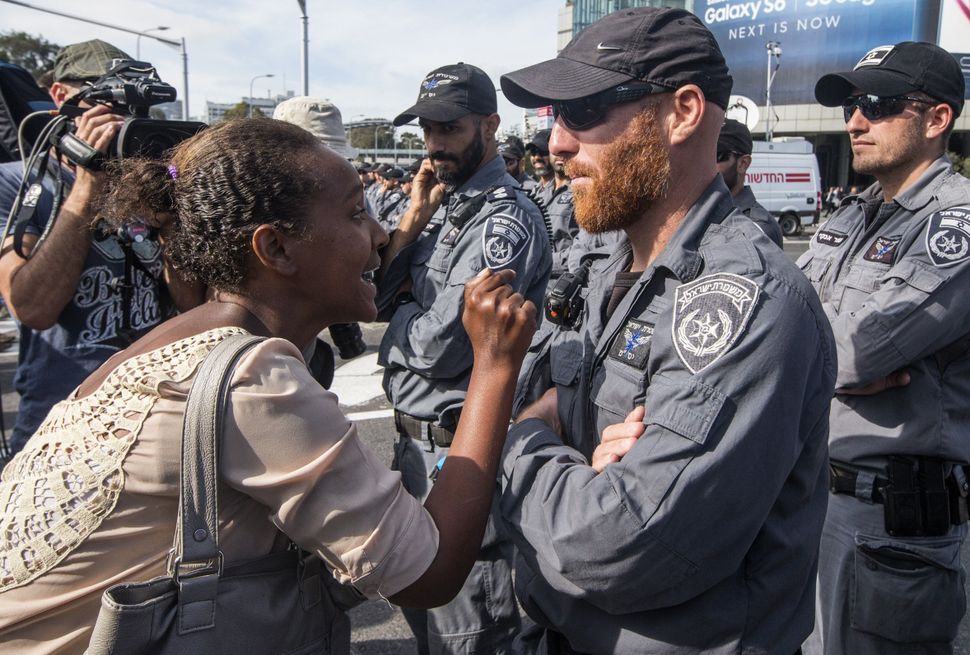 The comparison is irresistible.

And just like in cities around America, the Israeli demonstrations were sparked by a against a black man, Damas Pakado, an Ethiopian-Israeli who also happened to be a soldier in uniform.

Yet, despite the shocking scenes of chaos in typically pleasant Tel Aviv, both protesters and police are generally rejecting the readily available American analogy.

“What we’re doing now has nothing to do with what’s going on in Baltimore,” Maya Tzagay, a 19-year-old Ethiopian-Israeli protester and soldier told Haaretz. “They have their issues. We have ours. But we understand them — we both suffer from racism. There, it’s more extreme.”

Another protester, 46-year old Zemene Melesse, also told Haaretz, “What’s happening here today has nothing to do with what’s happening in Baltimore, but as a black man, I identify with them.”

Micky Rosenfeld, a spokesman for the Israel Police, also downplayed the similarities to Baltimore and Ferguson in comments to the New York Times, arguing that while the protests were sparked by a video showing Israeli cops beating up an Ethiopian-Israeli soldier, the underlying complaints were “not a police issue” but rather “social and economic issues.”

All of this raises the question: What is the difference, really, between what’s going on in Tel Aviv and in Baltimore? And why are the Israeli protesters and police both reluctant to conflate the two? 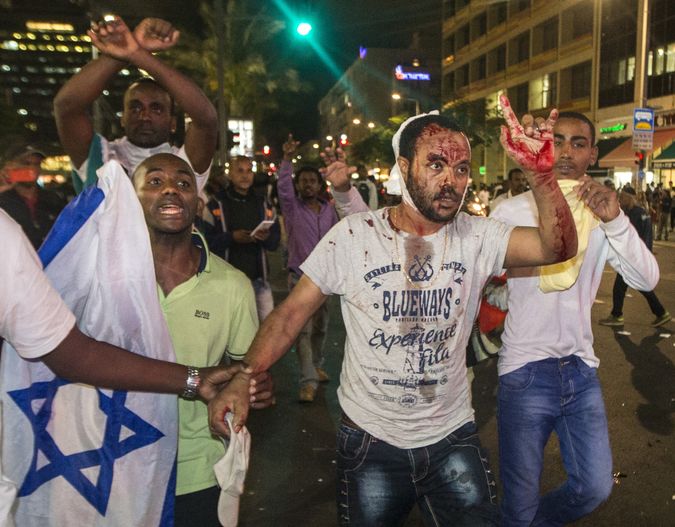 The answer, I think, lies in the fundamentally different postures of the American authorities and their Israeli counterparts.

Mike Brown was shot. Eric Garner was strangled. Walter Scott was gunned down from behind. Freddie Gray was left bound and bouncing around in a police van until his body literally snapped.

Yet after each of these cases of black men being killed by officers, both police and elected officials refused to immediately condemn the officers and admit that there is a significant problem of police brutality against blacks. Instead, they urged everyone to await the outcomes of various internal investigations and potential courtroom trials. Some of those cases, outrageously, never even lead to indictments. And when the officers do get charged with murder, as occurred belatedly in the Freddie Gray case, the police are stunned.

The contrast to the reactions of Israeli officials is stark, and is chiefly this: they are willing to listen.

After the video surfaced showing the beating of the Ethiopian soldier, the Israeli chief of police, Yohanan Danino, announced promptly that the officers would be fired. Danino also met with representatives of the Ethiopian-Israeli community, as did Israel’s prime minister, Benjamin Netanyahu, and president, Reuven Rivlin.

All of the officials immediately acknowledged that there is a deep-rooted problem of racism and that profound social change is needed.

“Protesters in Jerusalem and Tel Aviv revealed an open and bloody wound in the heart of Israeli society,” he said today, in his latest remarks on the issue. “This is a wound of a community sounding the alarm at what they feel is discrimination, racism and disregard of their needs. We must take a good hard look at this wound.”

Of course, rhetoric is one thing and actions quite another. But the swift and sweeping recognition of the problem by top Israeli officials — including at police HQ — opens the door for hope. And, the recent violence notwithstanding, this basic attitude stands a far better chance of convincing the protesters that their voices are heard than the shameful stalling and pussyfooting of American officials.

“We’ve erred,” President Rivlin continued. “We have failed to see and listen enough. Among those protesting in the streets, there can be found the best of our boys and girls, excellent students and former soldiers. We must give them answers.”

And that is why Tel Aviv is not Baltimore.