Lindsey Graham Isn’t Racist — Some of His Favorite Words Start With ‘Al’! 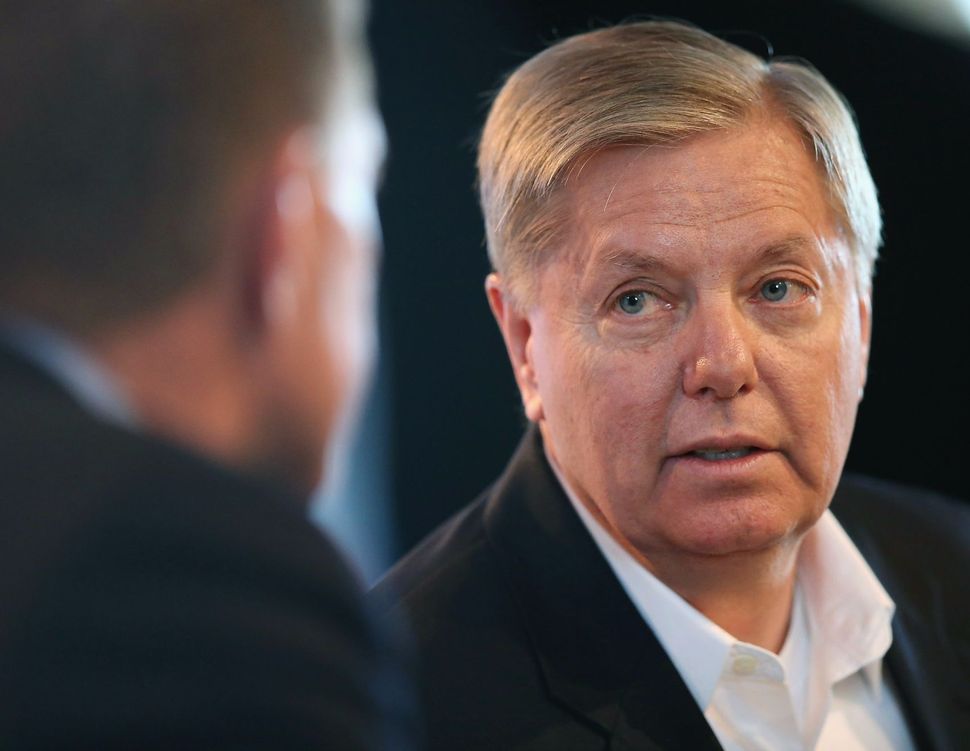 Senator Lindsey Graham, the Republican from South Carolina who hopes to win the White House in 2016, made headlines this week when an AIPAC dinner in Boston, “Everything that starts with ‘Al’ in the Middle East is bad news.” The senator then gave some examples: “Al-Qaida, Al-Nusra, Al-Qaida in the Arab Peninsula.”

It was a good joke, unless you know the first thing about the Arabic language — that “al” is the definite article, equivalent to the English word “the.” So the idea that saying “al” makes you evil is, well, pretty damn racist.

Following Graham’s logic, those slasher “Halloween” movies (produced by an Arab-American, but with no “al” in the title) are fine and dandy, but “Aladdin” = SERIOUSLY BAD NEWS.

Graham is also apparently unaware that many English words beginning with “al” actually derive from Arabic, including “algebra,” “alchemy,” and — yes — even “alcohol.”

Now watch Graham explain how “the more you drink the more this will make sense to you [and] you can see where I’m taking the country.”

But it’s not just the billion-plus people who speak and pray in Arabic that Graham should be worried about offending. Much worse, from Graham’s perspective as a potential candidate, are the people of Iowa, the state that holds the first primary of the election season.

One of the major Iowa cash crops is hay, often made from alfalfa — another Arabic-derived “al” word!

Graham has also recently tried to pander to Iowans about how increased ethanol production will free us from having to buy oil from those nasty Middle-Easterners.

“Every gallon of ethanol that you can produce here in Iowa is one less gallon to have to buy from people who hate your guts,” he told the Iowa Agricultural Summit in March.

Just wait until he finds out that “ethanol” is a combination of ethyl + alcohol!

And while you’re waiting, you can watch this short and hilarious video of Sen. Lindsey Graham speaking. Take a shot of anything alcoholic after each “the” to calm your definitely-non-Middle-Eastern nerves, and wait for the Southern-drawling senator to start making sense.

Lindsey Graham Isn’t Racist — Some of His Favorite Words Start With ‘Al’!