Swipe Right If Israeli-Palestinian Peace Turns You On 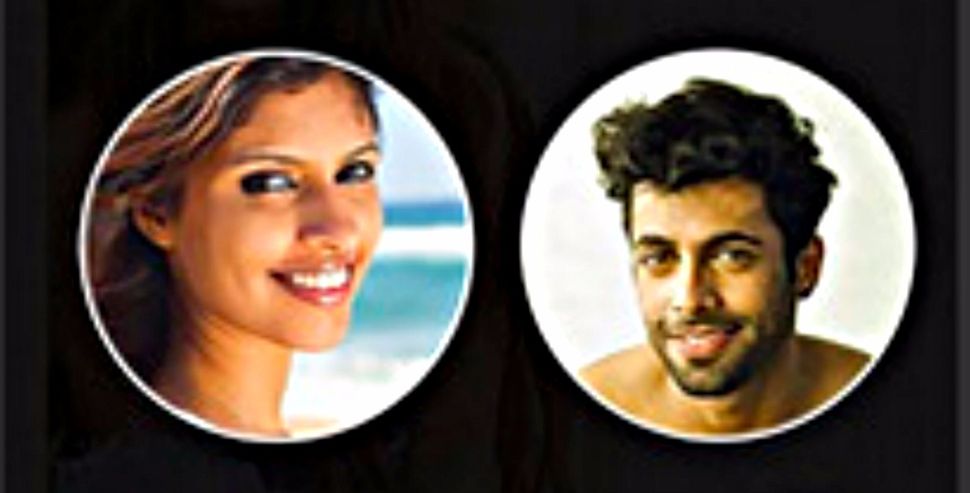 Are you in the mood to make love, not war? Then swipe right — right across the Green Line!

Verona, a new Tinder-like dating app specially designed for Israelis and Palestinians, sounds like a joke. But for 1000 users and counting, it’s become a real way to find a hot hook-up and solve the Middle East conflict all in one fell swipe.

When you log into the app, you’re asked to identify as either Israeli or Palestinian. If you’re Israeli, you’ll see the profiles of Palestinians who are nearby, and vice versa. If two people swipe right on each other’s profiles, you’ll get the opportunity to chat and meet up. It works anywhere, whether you’re in Beit Jala or Beit Shemesh or Brooklyn.

Unsurprisingly, about half of Verona’s users so far are based in liberal New York, just like its 31-year-old developer Matthew Nolan. But Nolan a “surprising number” of downloads are coming from Jerusalem, Tel Aviv and the West Bank.

The idea for the app started as a lark. A Palestinian friend of Nolan’s had started dating an Israeli girl, which prompted the two men to talk about JDate. “Maybe we should do a J-P Date, Jewish-Palestinian Date,” Nolan laughed. And then he did just that.

On March 29, Verona launched in beta for Android. iPhone users will have to wait until June to get in on the action — a bit of a drag, but hey, still in plenty of time for a steamy summer fling. Or for a tear-streaked, earnest conversation about life under occupation. Or both! (But probably not at the same time.) (But maybe yes at the same time.)

“I very much believe that the basis of any relationship is communication,” Nolan told Refinery29, “so if these two cultures are forced to be separate in all this conflict, forming relationships between them could be the glue that hopefully ignites a shift in consciousness.”

The slogan touted on Verona’s website — “world peace, one swipe at a time” — is definitely more aspirational than realistic. The Hebrew-language press coverage of the app itself shows why, invoking racist stereotypes like “Want to date a Palestinian girl without worrying that her brother might murder you?”

Still, this is a refreshing invention in a context like Israel, where romantic relationships with Palestinians have for years elicited violence from far-right groups. Take Jews Against Miscegenation, a bunch of male teens and 20-somethings who pose as Jewish women on Facebook to bait and lure Arab “predators” into the open and then beat them up. Or Lehava, which runs a hotline urging callers to inform on Jewish-Arab couples. Or Yad L’Achim, which aims to collect the ID cards of Jewish women seen fraternizing with Palestinians. Or Learn and Live, which claims to rescue and rehabilitate “vulnerable Jewish girls” who have been “lured away” by Arab men.

Faced with such hatred, can Verona turn the tide? Who knows. For now, let’s just hope that users of this app, named for the town in “Romeo and Juliet,” will meet a happier end than Shakespeare’s famous star-crossed lovers.

Feeling good about your chances? Well, get swiping!

Swipe Right If Israeli-Palestinian Peace Turns You On