Sympathy for the Nazi? 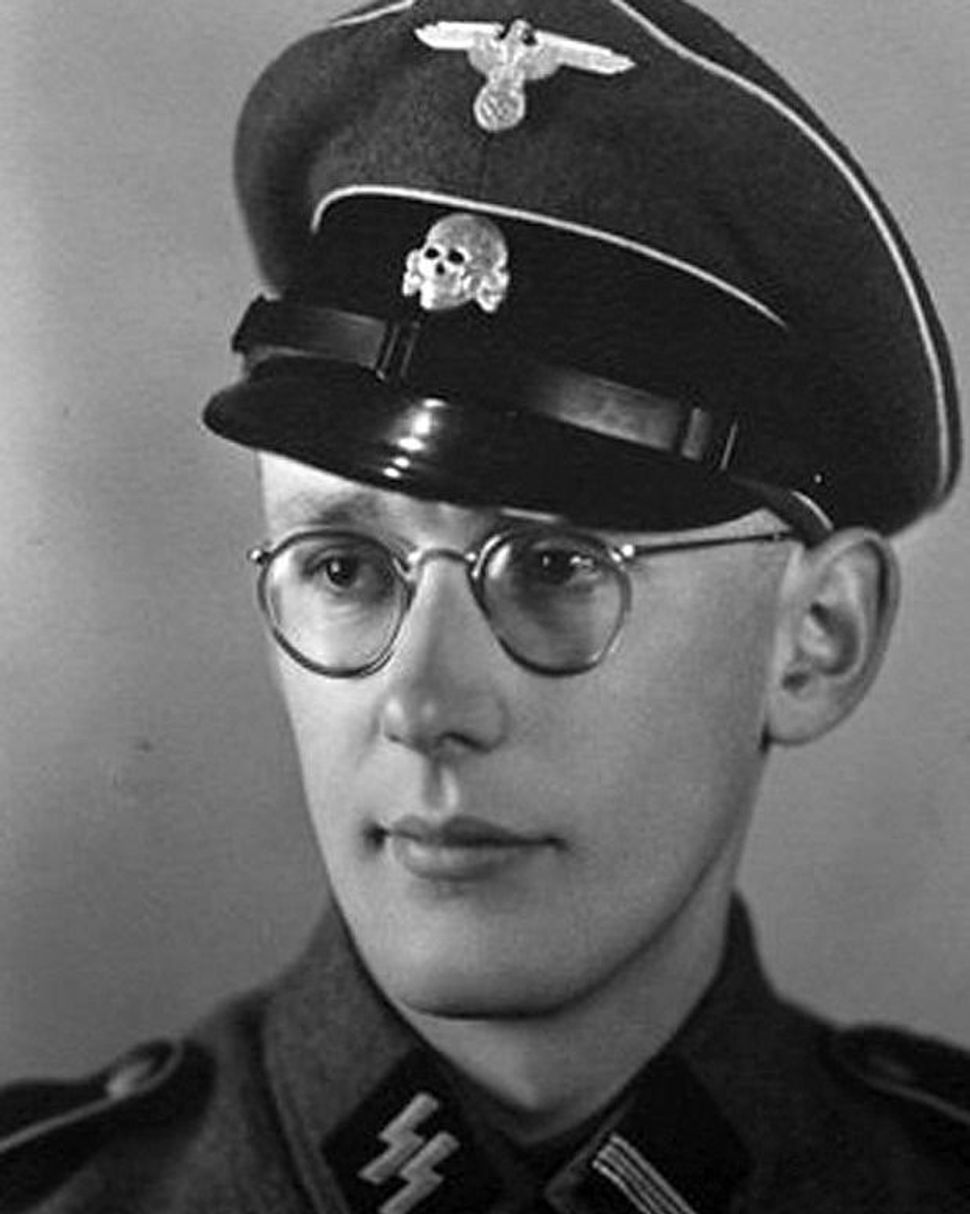 From two very different places — a courtroom in the northern German city of Lunenberg and the pages of a best-selling, Pulitzer Prize-winning novel — comes a vexing question that has special relevance for contemporary Jews: Is there ever a time when we should sympathize with a Nazi?

In Germany, Oskar Groening is being tried on 300,000 counts of accessory to murder, related to a period between May and July of 1944 when 425,000 Jews from Hungary were brought on 137 trains to the Auschwitz-Birkenau complex of death camps. The trial of this 93-year-old former SS officer may well be one of the last legal proceedings against individual Nazis simply because of the passage of time.

In the novel “All the Light We Cannot See,” set in Europe during World War II, one of the two main characters is a young, orphaned German soldier who has both a preternatural ability to understand radio transmission and a gradually awakening moral conscience.

The testimony presented at the Groening trial is crushingly real, not to be confused with the literary and historical imagination on display in Anthony Doerr’s 530-page novel. But given its popularity and critical acclaim — not to mention a structure and characters ready-made for cinematic adaptation — the impact of “All the Light” on popular perceptions cannot be minimized.

“A novel is not a historical document, but it does become one, regardless of its author’s preference,” Dominic Green wrote in The New Republic. “Our entertainments reflect their times: how we choose to remember historical events, and how we prefer to remember them.”

The first dilemma raised by the Groening trial is whether it should happen at all, whether there should be a kind of statute of limitations for prosecutions of crimes that occurred more than seven decades ago, especially since the accused is already brushing up against his own death. Here the answer must be yes, he should be on trial. These Holocaust crimes are so extraordinary that as long as victims are alive to testify, the civic value of telling their stories aloud trumps any sympathy toward the accused’s age or infirmities.

But Groening was not just any Nazi officer. His is a more complicated case. Known as the “bookkeeper of Auschwitz”, Groening was tasked with counting and sorting the money and other items that prisoners took with them to the camp, and while he did witness atrocities, he did not actively participate. In fact, he tried on two occasions to be transferred from Auschwitz, and eventually was sent to fight against the British.

After the war, Groening kept his service a secret for 40 years until he encountered Holocaust deniers and decided to challenge them publicly. When his trial finally began in April, he expressed remorse. “In moral terms, my actions make me guilty,” he said.

His appearance was enough to prompt one Auschwitz survivor to shake his hand and another to conclude that he has been punished enough. That, the court will decide. What interests us is whether his self-described angst at what he witnessed at Auschwitz, and his belated attempts to counter historical falsities, should weigh enough in his favor morally for him to deserve our sympathy.

Groening described himself as simply a “cog in the wheel” of the Nazi machine, but his attempts to absent himself from the horrors does not absolve his contribution to them. As Esther Altmann, a survivor’s daughter who attended the first few days of the trial, wrote in The Times of Israel: “Without a cog – I knew with certainty — a wheel won’t turn.”

The machinery of death cannot function without every part, no matter how tangential. Sympathy cannot overturn justice.

Doerr’s fictional character presents the same dilemma. The reader is offered the opportunity to peer inside Werner Pfenning’s mind and to appreciate the depths to which Nazi ideology controlled even a poor young boy’s options and perverted his values. In Doerr’s skillful hands, Pfenning becomes a sympathetic character as he struggles against his own willingness to succumb to the Nazi’s cruel demands.

But it is still disquieting that his moral conscience was never even pricked by a Jew; in that sense, his evolution occurred in an unrealistic vacuum. As Deborah Halpern wrote on ReformJudaism.org: “Imagine if someone wrote a book about a slave owner and cast him as a victim of his circumstances — without any mention at all of his treatment of his slaves or their experiences…. By not mentioning it at all, it is almost as if Doerr is erasing that part of the history.”

Do we react that way because we are Jews, because it is unsettling to read of moral struggle during World War II without referencing the Holocaust, just as it is unnerving to judge a former Nazi officer who has tried to atone for his sins? Honestly, yes. Pure evil — especially pure evil committed against our own people — is far simpler to confront. No messy complications.

But even if we can put aside that understandable hesitancy and sympathize with Groening and Pfenning as human beings — real or fictional — they still should not be absolved of their individual agency in promoting the wider cause. Ordinary Germans are still responsible for the atrocities committed in their name, for they enabled a totalitarian regime to exist and even, for a time, flourish in its diabolical fashion.

As time passes, it is important that we not allow it to trivialize past horrors or paint them with a gauzy, more pleasing brush. This is not about exacting ceaseless revenge. It is to remind ourselves that we, too, are responsible for individual pain and social injustice that are afflicted on our collective behalf.

Sympathy for the Nazi?