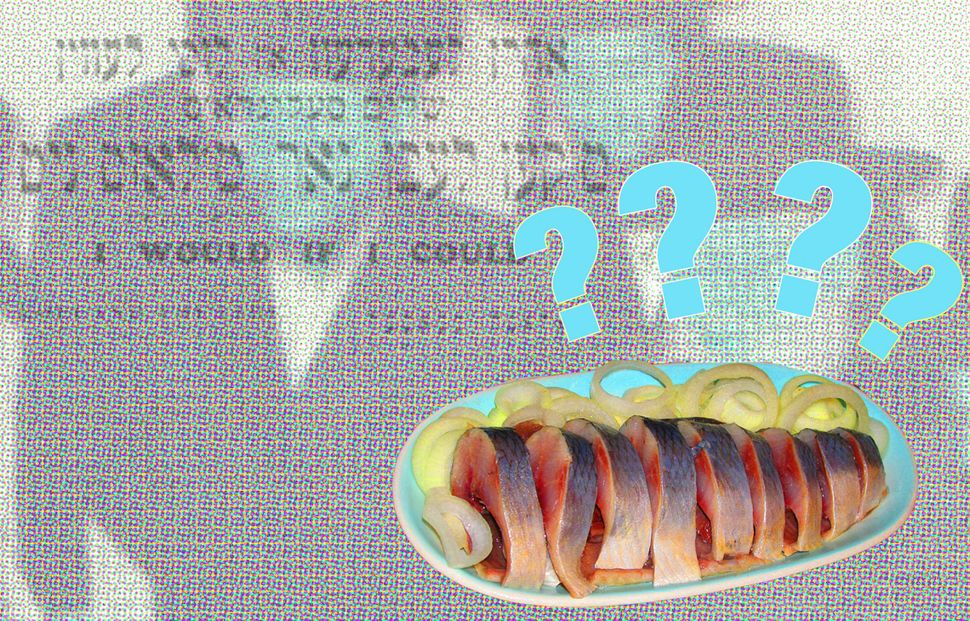 So, has received a lot of discussion over the past few weeks on certain sectors of the Jewish blogosphere – far more than I expected.

Much of this discussion has revolved around the fact that certain aspects of Ashkenazi culture themselves have largely been erased from the “mainstream” – be it Yiddish, certain foods, certain practices, or Ashkenazi Hebrew. It was even argued that saying Ashkenazim have access to any sort of hegemonic privilege is ahistorical, or proof of a lost and unknown Ashkenazi identity. In a more nuanced piece, Ri J. Turner argued that addressing racial and ethnic divides in the Jewish community and more broadly should start with reclaiming an “authentic” Ashkenazi culture that she argues, has been lost and left young American Ashkenazim rootless.

I am all for resuscitating and renewing a rooted Ashkenazi culture – and definitely note the problems of appropriation of other cultures, kitsch-ification of Ashkenazi culture, and attenuation thereof that Turner does. But I also think we need to exercise caution.

We cannot do this uncritically, or wedded to authenticity.

Now, I actually did grow up with a lot of the “authentic” Ashkenazi culture at home: be it the herring and p’tcha, the literary references, or the superstitions. But of course, the habits we had picked up through South Africa, Israel, and the United States were also present. Perhaps this cultural mix – which I feel rooted in – would not have been considered “authentic” enough to some.

And herein lies my first note: to reclaim a culture, we should rethink “authenticity.” So often, authenticity becomes an idol, a word used to exclude people from the community who don’t adhere to the norm. It is fetishized, and it is closely tied to the commodification and standardization of cultures. If we are preventing the “redaction” of Ashkenazi culture, why are we using a term like “authenticity?” In fact, authenticity reeks of the same cultural standardization that we are trying to undo. Why not go for an “organic” culture instead? Or even skip a term to allow something natural to grow? I am sure we all agree that a fake culture is not what we want.

Secondly, while reclaiming that heritage, we must keep in mind the privileges we enjoy – in the Jewish world and the wider world – in being able to do so. Let’s not forget that we are reclaiming a culture that is – in a redacted form – still hegemonic and demographically dominant. Yiddish learners have access to resources that don’t exist for other Jewish languages; schoolchildren in Israel learn far more Ashkenazi history than they do Sephardi, Mizrahi, or Ethiopian history.

Moreover, in reclaiming a culture that has now been coded as white, what happens to standing in solidarity with people of color?

I’m not saying it’s impossible — rather, that we cannot reclaim the culture unless we fully confront the fact that being white makes it easier for us. In terms of concrete action, we can turn this confrontation into solidarity. When we are invited to do so, we can use our resources to bring more attention to other Jewish languages, or other Jewish and indigenous cultural revival movements. We can also use our privileged voices to bring amplification to their concerns, voices, and movements.

As an aside, I also think it is important to address being white, being Ashkenazi, and being white through being Ashkenazi separately. As Turner noted, it is important that the latter of these is addressed: our becoming white in the United States and South Africa was a societal process, and moving forward requires sharp study of that. But each part of it can actually have different consequences. As white folks, our actions can exclude people of color – including Ashkenazim of color or people of color raised in Ashkenazi environments.

Yet, I myself am guilty: as Ashkenazim we can also leave people out. Beyond the fact that some Sephardim are white, the clearest case I can think of here is converts. Converts – of all colors – are always put to higher standards than “born” Jews for proving their Judaism. Converts do not always have an “Ashkenazi” heritage or experience with Ashkenazi culture – and many converts are, of course, white. (Many are not, and are doubly affected.) Jewish progressives and Jewish cultural movements have a long and checkered history of ignoring converts, and often this seems to stem from an assumption that not having grown up with the (invariably Ashkenazi) culture makes one somehow less of a Jew.

Finally, in reclaiming a culture, we must both note the multivalence of identities, then and now. I return to the question of an “authentic” Ashkenazi identity. Is it only the labor activists and klezmer performers? What about Haredim, who remain the hearth of continued use of Yiddish as an everyday language? It so often seems that organizations involved in Yiddish or Ashkenazi culture do not make an effort to build bridges towards Haredim. What about the fact that Ashkenazi identity was never monolithic or monocentric? The German-speaking Jewish bourgeoisie of Vienna in the late 19th century were just as “authentic” as the Yiddish-speaking bochurs in the Pale.

And of course, we must remember that a redacted culture is still something that people do identify with. Efforts to reclaim Jewish culture should start with, I think, what people do know. This means that a reclaimed culture might very well be reclaimed cultures – one might speak Yiddish, one English, another Hebrew. Some may want to learn the language of their ancestors – German! And some may want to abandon the exercise altogether. We cannot force them, after all, into any reclaimed Ashkenazi culture – and especially not one that is perceived as the “right” one.