Shavuot Means Not Trusting Ourselves 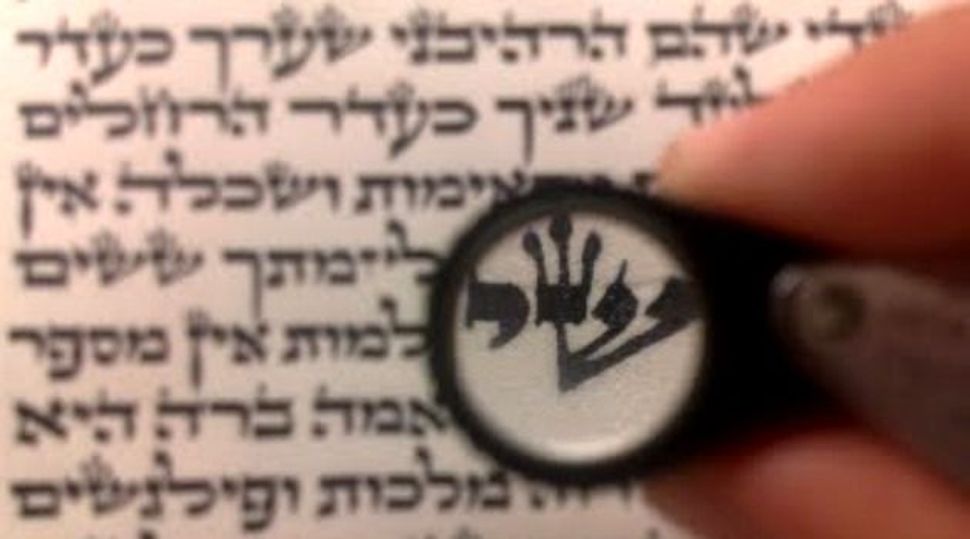 Were any Sadducees around today, they’d be happy. The first day of Shavuot falls on a Sunday.

There are, however, no Sadducees left. They were one of the camps of Jews during the Second Temple period that rejected the orally transmitted Jewish religious tradition, or Oral Law, which, together with the Written one (the “Five Books of Moses”), comprise the Torah.m(The Oral Law is what, for instance, explains that “An eye for an eye” refers to monetary compensation; and which defines, for another example, “totafot” as the items we call tefillin — one of which is worn, moreover, not as the verse seems to state “between your eyes” but rather above one’s hairline.)

The Sadducees’ theological rivals were known as the Pharisees. The word “Pharisee” has a negative connotation today because of the group’s pejorative portrayal in the New Testament. But in fact, the Pharisees were the determined defenders of the entirety of the Jewish tradition, the Judaism of the past, and the one that persevered.

So why would Shavuot’s date this year have pleased the Saducees? Because they felt that the holiday should always be on a Sunday. And therein lies a tale, and some food for contemporary thought.

Although the Sadducees invoked scriptural support for their Sunday Shavuot position, the Oral Law prescribed otherwise, interpreting the word “Sabbath” in the phrase “the day after the Sabbath” (when the counting of the seven weeks of the Omer was to commence) as referring to the Passover holiday.

But there was also an underlying human rationale to the Sadducees’ stance. The Talmud explains that their real motivation was their sense of propriety. It would be so pleasant, they reasoned, at the end of the Omer-counting, to have two days in a row — the Sabbath and Shavuot — of festivity and prayer.

“Appropriateness,” in fact, was something of a Sadduceean theme. The group also advocated a change in the Yom Kippur service, at the very crescendo of the day, when the High Priest entered the Holy of Holies. The Oral Law prescribes that the incense brought then and there be set alight only after the High Priest entered the room. The Sadducees contended that it be lit beforehand.

“Does one bring raw food to a mortal king,” they argued, “and only then cook it before him? No. One brings it in already hot and steaming!”

Intriguingly, such placing of mortal etiquette — “what seems appropriate” — above the received truths of the Jewish religious tradition stands in stark opposition to the central message of Shavuot, when we celebrate the giving of the Torah on Mount Sinai. Our very peoplehood was forged by our forebears’ unanimous and unifying declaration there: “Na’aseh v’nishma” — “We will do and we will hear!”

Our ancestors’ intention with that phrase was “We will accept the Torah’s laws even amid a lack of ‘hearing,’ or understanding. Even if it is not our own will. Even if it discomfits us. Even if we feel we have a better idea.

It’s impossible not to see the relevance of “Na’aseh v’nishma” to our current “you do you” world, to contemporary society’s fixation on not only having things but having them “our way.”

But from Abraham’s “ten trials” to 21st century America, Judaism has never been about comfort, enjoyment or even personal fulfillment (though, to be sure, the latter surely emerges from a God-centered life). It has been about Torah and mitzvot, commandments — about accepting them, not only when they sit well with us but even — indeed, especially — when they don’t.

Shavuot is generally treated lightly, if at all, by most American Jews. But its central theme speaks pointedly to us. The festival reminds us about the engine of Judaism and Jewish unity, namely, the realization that Judaism (with apologies to JFK’s speechwriter) is not about what we’d like God to do for us, but rather about what we are privileged to do for Him.

Shavuot Means Not Trusting Ourselves