Ben and Jerry’s Twitter Spat With GOP Over Bernie Sanders 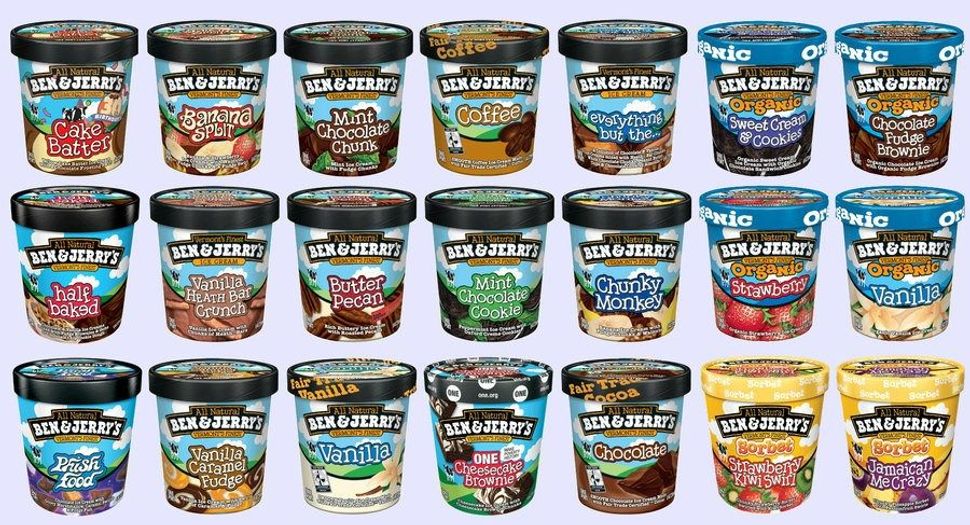 Sean Spicer, communications director for the Republican National Committee, got into a Twitter fight with the beloved ice cream company on Wednesday, that Sanders’ decision to hand out free Cherry Garcia to supporters was a sign of rampant hypocrisy.

@seanspicer Ben Cohen and Jerry Greenfield (citizens) donated the ice cream. We have similar values as the Senator, but are non-partisan.

Ben & Jerry’s co-founder Ben Cohen dismissed the allegations, and told Business Insider that the ice cream party was “exactly by the book.”

“It was a donation from Jerry [Greenfield] and I personally and, you know, I talked to Bernie before the event and Bernie said he’d like to buy ice cream to have at the event,” Cohen said. “We were trying to figure out how to do that and Jerry pointed out that we needed to do this exactly by the book because there’s probably going to be somebody who’s going to try to make some kind of crack like this guy is making. So, we did this exactly by the book.”

Ben & Jerry’s was bought by Unilever in 2001, but the company’s official Twitter account claimed that the ice cream was a gift from the actual human Ben and Jerry, rather than the company. As such, the donation would not have to be reported by Sanders as contribution to his campaign.

What’s more, Cohen said he and Greenfield “paid the employee discount price” for the ice cream, making it an “in-kind” contribution to the campaign. “We’ve each made a donation to Bernie of $1,000 besides the ice cream,” Cohen said. “We just wanted to make sure that everything we’ve done was legal.”

Spicer evidently disagrees, but refused to comment when contacted by Business Insider.

.@benandjerrys great. There are still laws. One is you can’t donate without reporting it to the Federal Election Commission

Apparently, free ice cream isn’t the only thing the ice cream moguls would like to give Sanders. Cohen told Business Insider that he and Greenfield had a special flavor in mind to honor the presidential candidate.

“What would be in it? All good things,” Cohen said. “I mean, there might be some chocolate chips molded in the shape of a cap that you wear for graduation to symbolize his stance in favor of free college education and reduced student loan rates. I think that there might be equal numbers of peanuts and pecans to symbolize his initiatives to reduce economic inequality.”

Sadly, as employees of Unilever, neither Ben nor Jerry are allowed to create their own flavors anymore. So, don’t look for “Bernie’s Rebellion” anytime soon.

Ben and Jerry’s Twitter Spat With GOP Over Bernie Sanders