Why Is France Up in Arms About Holocaust Compensation Deal? 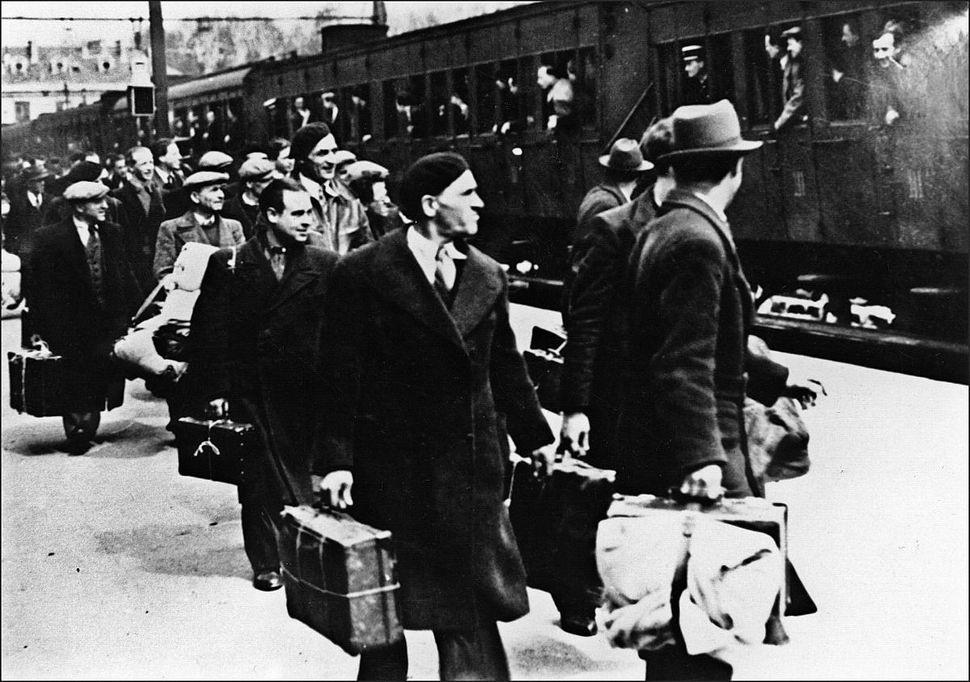 A heated debate erupted in the French Parliament yesterday about who is responsible for the deportation of thousands of French Jews to the death camps during the Holocaust: Could it be the French government?

Last year, the U.S. and French governments signed an agreement for France to pay $60 million to those rounded up and deported by the French police collaborating with the Nazis, which would include victims, or their heirs, who immigrated to the United States and other countries and are not yet covered by other French programs.

The fury was not about the money. All agree that aging Holocaust survivors need the compensation — and the agreement would end a growing movement to bar the French state-owned rail company, SNCF, from winning lucrative contracts in the U.S.

What’s controversial is the precise wording of the deal, which refers simply to the “Government of the State of France,” without specifying that that the current French government is different than the Vichy regime that collaborated with the German occupation.

One member of Parliament, Pierre Lellouche, is “very angry” and “deeply shocked,” . “The French Republic can recognize the crimes of Vichy, but it cannot be considered a debtor, jointly responsible for these crimes,” he added. “Until now the U.S. considered us one of the victors [of the war].”

Patrick Balkany, another representative, whose father was a Hungarian Jew deported to Auschwitz from the French internment camp Drancy, also condemned the wording.

“My father would turn over in his grave if he knew about this text,” Balkany said.

Members of both the ruling Socialist party and the opposition parties were appalled at the agreement’s wording, which they interpreted as implying a “continuity” between the Vichy regime and subsequent French governments, according the French paper La Tribune.

“Compensation to victims of the Shoah is A MUST but this deal with the USA is humiliating and unacceptable as is,” tweeted Thierry Mariani, a representative in parliament and former Minister of Transports.

The agreement will have a large impact on the French transit business, since, as the Washington Post reported last year, the deal “is intended to close the door on pending state and federal legislation that would ban France’s state-owned SNCF railway or its foreign subsidiaries from winning contracts in the United States.”

Indeed, the text of the deal specifically requires the “closing of all current or future proceedings before the American judiciary…at the federal, state, or local level.” As recently as last month, a new complaint was filed in Chicago by descendants of Holocaust victims against the state-owned SNCF, whose trains were loaded with Jews deported from France to death camps in Eastern Europe.

Stuart Eizenstat, special advisor to Secretary of State John Kerry about Holocaust issues, responded by urging that semantics should not get in the way of a deal that is in all parties’ best interests.

“It is absolutely unacceptable that these people, who suffered so cruelly in their youth, should now wallow in deprivation, isolation, and poverty at the decline of their lives,” he told AFP. “In New York alone,” he added, “about 50% of some 60,000 survivors face such a situation. Poverty affects a third of survivors in Israel, and more than 85-90% of those who live in the former USSR.”

Eizenstat also reminded the French politicians that France, as well as other European countries, profited from stolen Jewish goods, which were sold to help finance its own social service programs.

Nearly twenty years ago, French President Jacques Chirac publicly acknowledged, for the first time, France’s guilt in the deportation of its Jews.

Nonetheless, if yesterday’s debate in the French parliament is any indication, the issue is far from settled.

Why Is France Up in Arms About Holocaust Compensation Deal?