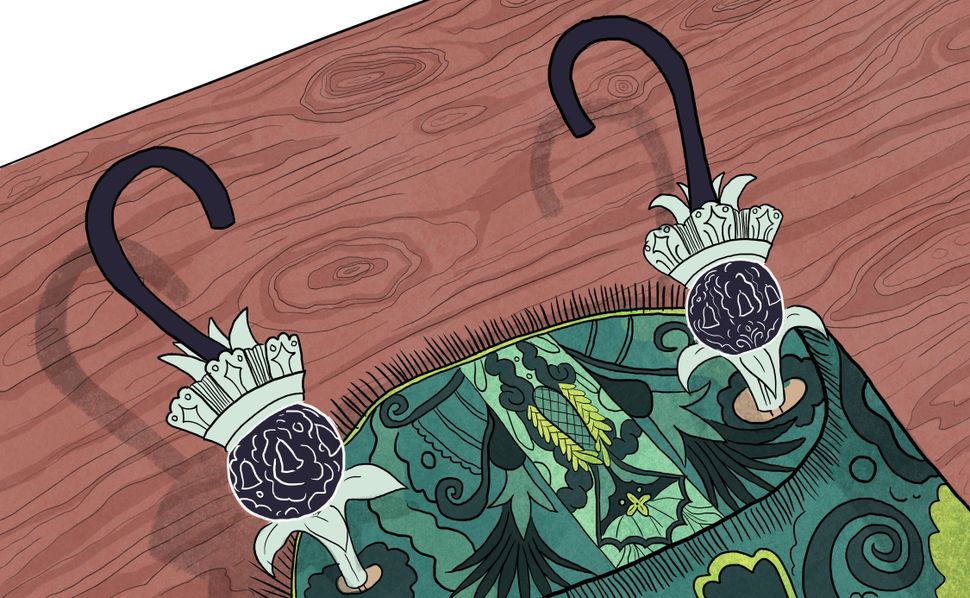 ELISSA: Scott, we recently celebrated the holiday of Shavuot, when we honor the day God gave the Israelites the Torah at Mount Sinai. Except my Godish God is not the kind of being who could or would sit down and write a book, and there is plenty of research from the 19th and 20th centuries to confirm my instincts. So, do I give up on this whole Judaism thing now?

SCOTT: Before you leave the party for good, let’s talk. What do you mean by ‘plenty of research,’ Elissa, the field of biblical criticism?

ELISSA: Yes, exactly. Over the past century there was a tremendous amount of research on who wrote the Bible — prevailing wisdom is that it was a group of writers who can be identified as “J,” “P,” “E” and “D” — and how historical circumstances found their way into the text. I can’t possibly be the only one for whom this knowledge has stripped some of the Torah’s potency.

SCOTT: No, you are not alone. A lot of people wonder where the power of Torah lies, if it’s not direct dictation from God. For those interested in learning about biblical criticism, Richard Elliott Friedman’s contemporary classic, “Who Wrote the Bible?” is a great start.

But I guess that my question is, what’s the problem? So, the Torah is humanity’s best attempt at Divinity, our attempt to live life and create a society that functions in the sight of God. What’s wrong with that?

ELISSA: The problem is that I’m not sure that the Torah, and we are talking about the Five Books of Moses here, is humanity’s best attempt at Divinity at all. It’s an attempt to communicate the existence of something more, and what our physical and moral lives should look like in light of the presence of a higher power. It’s beautiful and poetic, yes. And it’s also full of a whole lot of rules and ideas that are very much rooted in a specific time and place. (I certainly have my moments when I find the habit of squeezing universality out of its every turn of phrase at best, exhausting, at worst, an exercise in the absurd.)

But, but, this isn’t to say that I don’t love the text, because I do. It’s just that, for me, its gravitas comes not from divine-inspiration, but from our attempt to infuse it with divinity for so long. Basically, it feels holy because we have used it to pursue the divine for so long — not because it was divinely inspired.

But here’s the real rub. We, the Jews, say that God gave two Torahs at Sinai. The Written Torah — the Five Books — and a whole discussion about how to understand the Written Torah, what we call Talmud.

So what I want to point out is that, in Judaism, the Torah isn’t an explicit guide on how to live: It is the raw material from which we fashion meaning through interpretation. The Midrash actually describes the written Torah as grain to be turned into bread.

Next you’re going to talk to me about absurd interpretations, though, aren’t you?

ELISSA: Scott, first you say you believe that the Divine did reveal itself at Sinai and that the Torah is our best attempt to capture that moment, and then you say that God gave us not one, but two Torahs at Sinai. Pardon the prodding, but where do you come down here? I don’t say this to instigate, but to better understand how you reconcile what is known and what is felt.

SCOTT: I’m saying that there are two ways to study Torah. The first is to study our attempt to capture the historic encounter between God and us. The second is to read our contemporary, evolving experience of God into the Torah. They are both equally holy. The Torah is incomplete without either.

ELISSA: Not to paint us into a “Dear Rabbi” corner here, but what kind of Jew does it make me if I connect with only the latter? My faith dwells only in the subjectivity of all this. I connect deeply with the pursuit of the divine. I remain conflicted about the nature of humankind’s relationship, past and present, with the divine.

SCOTT: Look, Elissa, I think that not to seriously, reverentially incorporate our historic spiritual connection into contemporary spirituality is, well, to somehow cut off the new buds from the roots. But more to your question, I think that reading, for Jews, is a fundamentally holy act. Many people meditate, many pray, but in Judaism, reading is reverence. Interpretation itself brings us to God.

ELISSA: Well adapting is not the same as cutting off, is it? Because the reality is, as a non-halachic Jew, I don’t feel much pressure to live a life directed by the Torah. And I am comfortable doing this because I don’t feel convinced that the rules in the Torah were given to us by God.

But I do feel a desire, even a compulsion, to live a spiritual life through it. As such, I really like this idea that reading can and should be a fundamentally holy act for Jews. Because reading and studying Jewish texts is precisely that for me, perhaps even more so than praying. It’s a way to pursue the divine, and I suppose that, for now, that might be enough.