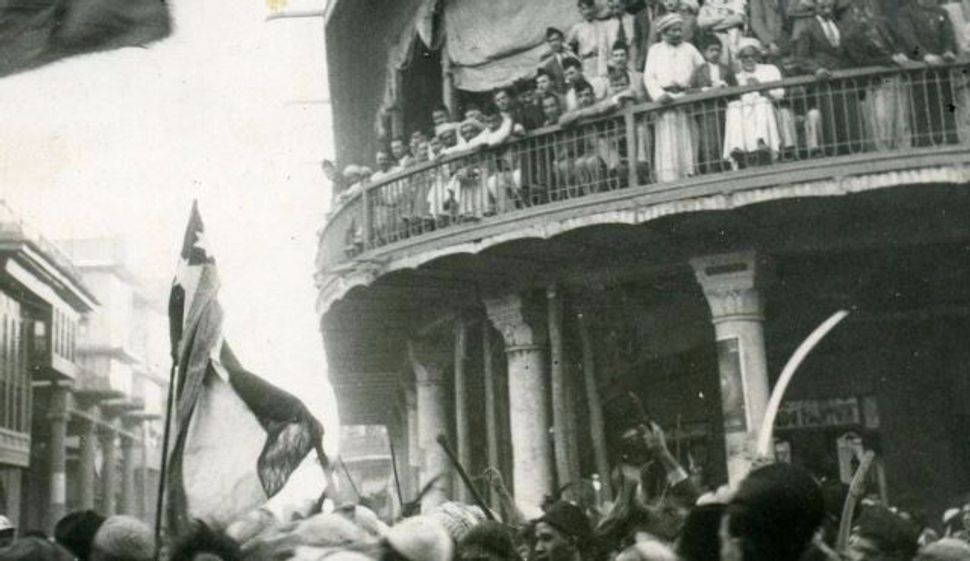 In her for the Forward, Shayna Zamkanei correctly asserted that American (and European) Jews are largely unaware of the Farhud, the Baghdad anti Jewish pogrom of 1-2 June, 1941. The flourishing Babylonian Community which existed for 24 centuries is also largely unknown in the West.

Jews felt very much at home in Iraq and considered themselves Iraqis. For them, the Farhud was a personal and communal tragedy, not dissimilar to that of German Jews who saw themselves as German patriots.

To a certain extent, there used to be a common fabric of life shared by Jews and Arabs. In recent years there is a hesitant resumption of this memory as some Iraqi born and even second generation Iraqi Jews express a yearning for a long lost Jewish Baghdad, and attempt to maintain contacts with Iraqi exiled intellectuals.

It is true that during the Farhud, some Jews were rescued and sheltered by their Muslim neighbors, but that was not the general case. Had there been a real widespread and common Jewish-Arab coexistence, perhaps not so many Jews would be killed in the Farhud. The fact that 180 Jews were slaughtered in just two days (with thousands injured and a massive loss of property) may suggest that the Jewish existence in Iraq was seen as a joint fabric primarily through Jewish eyes and was not shared by their Arab compatriots. Thus while the Farhud shocked the Jewish community to its core and was seen as a colossal tragedy, it hardly made a dent on Iraqi nationalist writing and publications.

The relationship between the Farhud and the Holocaust is intriguing. True, the Farhud had not been devised in Berlin as a part of the Final Solution. But this does not necessarily exclude the association between the small scale Farhud and the global phenomenon of the Holocaust. Besides the obvious proximity in time there was a distinct role, leading to the Farhud, by Nazi propaganda and the activities of German envoy Fritz Grubba and the Jerusalem Mufti, then in exile in Iraq on his way to join the Nazi regime in Germany. These facts are not to be underestimated. The Farhud was part and parcel of the events of World War II and the global struggle between Germany and Britain. The commonalities outweigh the differences.

Speaking against the “Farhudization of Jewish Iraqi history,” as Zamkanei does, seems to be missing the point as Iraqi Jewish history was indeed long and rich. Since the establishment of independent Iraq in 1932 most of the Jewish community opted to build a future within Iraq rather than embrace Zionism and pursue emigration to Palestine. They were Iraqi patriots while others expressed their non conformism by joining the Iraqi communist party rather Socialist Zionism.

There is no “Farhudization” of Jewish history and the Farhud does not exemplify the entire Jewish-Arab relations in Iraq throughout history, but it did sound the final chord and started the countdown for the liquidation of the Iraqi Jewish community, which, in less than a single decade was driven out of Iraq and forced to immigrate, mostly to Israel.

A few dozen cases of Arab gallantry in protecting their Jewish neighbors cannot gloss over the fact that the Farhud was an unfortunate marriage of Arab Nationalism, Nazi anti-Semitism and Iraqi national struggle, all culminating in the end of an ancient Jewish community.

Shulamit Binah’s dissertation deals with Iraq-US relations as a case of mutual misperception (Haifa University, 2014). She previously wrote on the Farhud through both Jewish and Arab eyes (CUNY, 1989).