The Best Way To Move the Orthodox World 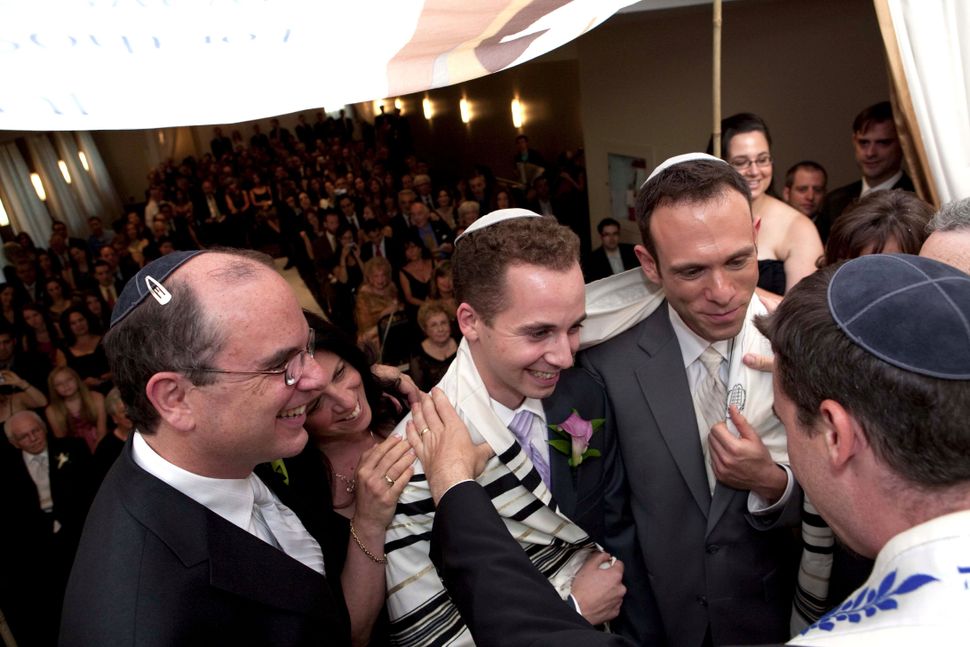 The Orthodox rabbinate will come around to approving same-sex marriage and equal status for women in Halacha, Jewish law.

Provided that the momentum for such equality in the wider society builds to the point where discrimination is so repugnant that the Orthodox rabbinate feels morally compromised.

So if you want Orthodoxy to alter its positions on women’s equality and on rights for lesbian, gay, bisexual and transgender people, you need to push society until those positions become equivalent to racism and slavery.

Do not invest time trying to persuade the Orthodox rabbinate to change its world, because it needs you to do that. Just like you, Orthodoxy is invested in morality. However, where liberalism prizes elasticity, Orthodoxy finds virtue in continuity. Although this makes fundamental change rare, Orthodoxy will ultimately yield to new moral understanding, because it is deeply invested in being moral. There will be some implacable extremists, but these will tip into irrelevance.

There are many instances of halachot being reinterpreted to accommodate moral evolution. The rabbis are skilled craftsmen, and they have fashioned tools for implementing formal or de facto change within the halachic process. I do not mean this cynically. Today’s Orthodox rabbinate, like its predecessors in the classical tradition, weds a strong moral imperative to a deep devotion to text and precedent. Because it does not accept that Halacha countenances immorality, it will shift Halacha in a moral direction with the conviction that it is simply wielding an appropriate tool.

However, as a conservative institution with a strong bias toward stasis, only the impact of an overwhelming, unambiguous, unavoidable and practical reality will persuade those of the Orthodox rabbinate to dig deeply into the toolbox, as their predecessors did.

Most famously, the classical rabbis denied the law of retaliation despite the Torah’s straightforward, thrice-repeated, prescription of “an eye for an eye” (Exodus 21: 24-25; Leviticus 24: 19-20; Deuteronomy 19: 19-21). The Talmud offers a technical justification: that the Torah requires universal applicability of laws, and such a punishment would be inapplicable to the eyeless or the blind. Subsequent classical commentaries resort to similarly strained rationales. Yet the very weaknesses of those justifications are evidence that the rabbis reached for the moral. Do you doubt that today’s Orthodox rabbinical courts would refrain from gouging eyes and yanking teeth, even absent these rationales?

The rabbis of the Talmud also wielded their tools to functionally eliminate the death penalty and to define out of existence the capital crime of a stubborn and rebellious son (Deuteronomy 21: 18-21). Around the turn of the 11th century, polygamy was famously banned by Rabbeinu Gershom. His Takana (a law declared by the rabbis that is not derived from a biblical commandment) was — tellingly — binding on Ashkenazi Jews, who lived in countries where polygamy was considered abhorrent, but not on Sephardic Jews, who lived in lands where polygamy was common.

Like the vestigial laws that endure in every legal system, deeply troubling halachot remain on the books, including the genocidal imperative to kill descendants of the nation of Amalek. The moral repugnance of such halachot is indeed overwhelming, unambiguous and unavoidable, but they have no practical application. A thousand Orthodox rabbis faced with a question from a devout Jew looking to fulfill his halachic obligation to kill an Amalekite would all find reason to demur. It would make no difference if they hailed from among the rabbinate’s sensitive progressives or its sectarian absolutists. Similarly, no Orthodox rabbi would countenance the technically halachic betrothal of a minor girl or the taking of slaves.

Indications that today’s Orthodoxy is inching toward a reckoning with women’s equality and LGBT rights are increasingly visible. Today’s Orthodoxy has produced the Jewish Orthodox Feminist Alliance and a growing number of partnership minyanim that strive to maximize women’s participation in services within Halacha. It has produced a thriving movement to help agunot — “chained” women who cannot remarry because their husbands refuse to grant them a religious divorce. It has produced a demand for rabbis ordained by Yeshivat Chovevei Torah, which believes that the Orthodox future is nondogmatic and inclusive. It has produced organizations like Eshel, which works to foster acceptance of LGBT Jews in Orthodox communities; a LGBT discourse at Yeshiva University that takes place despite protestations from some of Y.U.’s Talmud professoriate, and a small but growing number of Orthodox rabbis who publicly agonize over LGBT inclusion. It has also provided audiences for the widely screened documentaries chronicling the plight of LGBT Orthodox Jews and agunot — “Trembling Before G-d ”and “Women Unchained.”

The arc of Halacha is long, but where it is unjust, you can bend it toward justice with sufficient moral weight. The Orthodox rabbinate’s reluctance to change can be frustrating, but it also serves a purpose. For one thing, more than one progressive idea has turned out to be a bad idea. For another, Orthodoxy fills the critical role of the late adopter, the last challenger. The Orthodox rabbinate may certify the winner only after everyone knows it has won, but its very tardiness confers universality.

Given the vast intertwined corpus of sex-based halachot, reformulating the Orthodox rabbinate’s separate-but-equal claim for traditional sex roles will entail enormous complexity, and will take time. In a country that is unable to pass an Equal Rights Amendment, social pressure is hardly overwhelming, unambiguous and unavoidable. The LGBT halachic corpus is less daunting, but any departure from the heteronormative remains a deep taboo in much of Orthodoxy. Despite unmistakable momentum, we remain far from achieving an overwhelming societal consensus that same-sex marriage is a moral imperative.

But keep your eye on the prize and build external moral pressure, rather than getting sidetracked by trying to persuade the Orthodox rabbinate. If you believe that equal status for women and same-sex marriage are moral imperatives that will eventually secure overwhelming support — you can rest easy. The Orthodox rabbinate will get there too.

Yitzchak Francus is a writer and an attorney living in Pittsburgh.

The Best Way To Move the Orthodox World