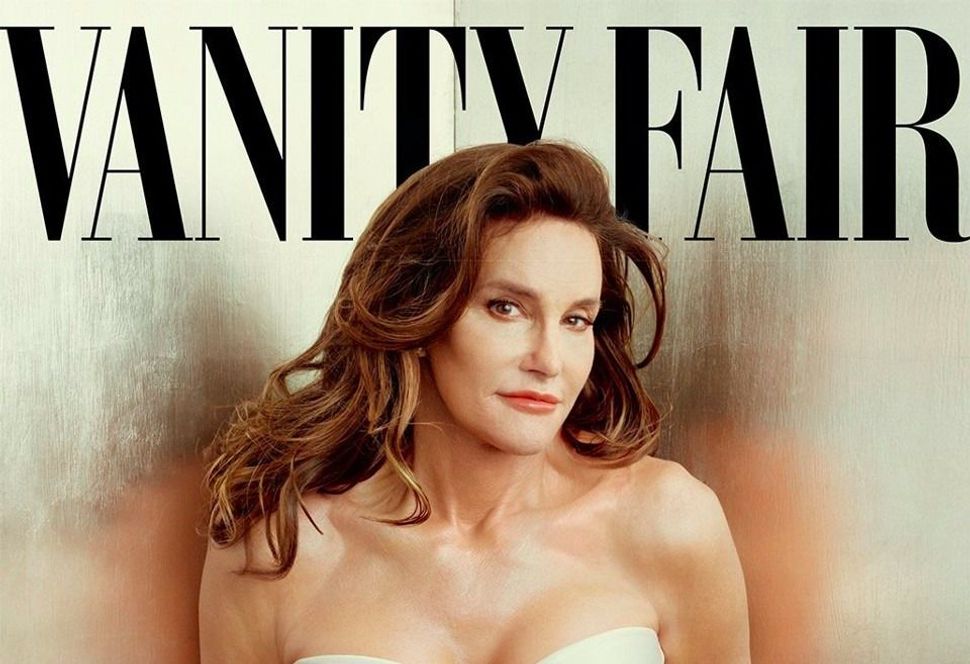 In ultra-Orthodox circles, Western culture, and the non-Orthodox Jews who embrace it, are often referred to as “Greek.” Though seemingly frozen in time, this epithet is actually quite apt. It points to the deeper meaning of debates surrounding religion in American life – and why progressives are winning them.

Where Haredim say “Greek,” conservative Christians say “Humanist.” They mean the same thing: the supposedly secular notion that this-worldly life is something to be embraced, rather than denigrated. This idea was, indeed, one of the gifts of classical civilization, rehabilitated in the European Renaissance: that human fulfillment and flourishing in this world is a positive good.

Consider the recent media spectacle surrounding Caitlyn Jenner, now the most famous transgender person in the world. To be sure, much of it is spectacle, orchestrated by a celebrity in love with the spotlight, with a crack team of publicists who have scored just the right interviews and magazine covers.

But you’d have to be a real Scrooge not to appreciate Caitlyn’s debut on the cover of Vanity Fair. Some of it is due to her movie-star hair and stunning good looks, not to mention Annie Leibovitz’s photography and someone else’s retouching. A lot of it, though, is due to the vibrancy and happiness that seems to radiate from behind the image. This is someone at last happy with herself, proud of her body, vibrantly alive.

To be sure, the picture is not entirely perfect. Most transgender women don’t have the luxuries that Caitlyn Jenner has. They don’t have her privilege, her celebrity status, or (often) her whiteness. Many do not “pass” as well as Jenner does, and many do not wish to do so. Transgender women, particularly trans women of color, are disproportionately victimized and stigmatized both by queer-bashers and by the same mainstream media that has lavished attention on Jenner.

It’s also problematic that Jenner’s debut as a woman has been so sexualized. Welcome to female objectification, Caitlyn; now you’re judged on your looks.

Even with all of these qualifications, though, what is Caitlyn Jenner’s story, at heart? It is a narrative of humanistic redemption. This is flourishing, not repression; happiness, not self-flagellation; authenticity instead of duplicity.

Contrast Caitlyn Jenner’s proud debut with the hideous comments of Mike Huckabee, who told a crowd that he wished he could “pretend to be a woman” in high school so that he could sneak into women’s showers. His was a vile comment on many levels.

First, it perpetuates the myth that transgender women are actually male perverts – as if the easiest way to sexually assault women is to fake an entire gender transition and thus gain access to locker rooms. Sadly, our culture – especially the macho rape culture that Huckabee was propping up – provides far easier opportunities for men to abuse women.

There has been some study, though, of the phenomenon of trans women assaulting cisgender (i.e. non-transgender) women in bathrooms. There have been zero reported cases of it. 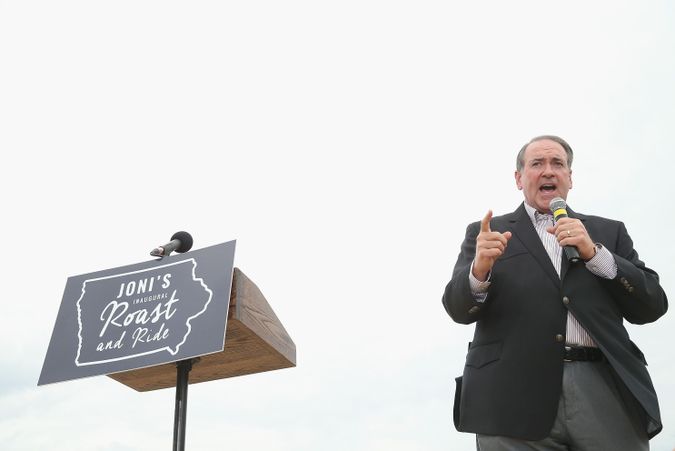 Second, Huckabee’s statement that ‘boys will be boys’ and it’s okay for young men to want to rape young women perpetuates the very systems of violence which he supposedly seeks to oppose. Huckabee wants to defend the virtue of our young girls, but his remark tells every young man that, hey, we all want to be rapists, right? Heh heh heh. Boys will be boys.

Third and most damningly, Huckabee’s comment simply dismisses the lived experiences of thousands of people. And that’s why he and his anti-humanistic ilk are going to lose the battle for public opinion. On the one side, Caitlyn Jenner living her truth – not pathologically, not as some sick and twisted pervert, but as a proud transgender woman (who also happens to be a reality TV star).

On the other, the scowls of people who refuse to open their eyes, ears, and hearts. This is anti-humanistic religion at its meanest: dismissive, prejudiced, and ignorant. Preaching hate in the name of love.

America is a diverse place, but in general, that kind of know-nothing puritanism has been on its way out for decades. It’s the racism of segregationists, the chauvinism of sexists, the homophobia of those insecure about their own sexuality. Even in its religious moments (thinking here of the Great Awakenings), America has lifted up the personal story, the redemption narrative, the heartfelt testimony. Dogma just can’t compete.

Of course, we still have our blindnesses, willful and otherwise. The conservative half of the country has reneged on our promise to welcome the immigrant and care for the destitute. Large swaths of the country don’t think black lives matter as much as white suburban fears. And for heaven’s sake, the U.S. Senate just said that climate change doesn’t exist.

But when it comes to the spirituality of story, the United States remains persuadable even on core ethical issues. This is why LGB equality has gone mainstream, and why transgender visibility is at an all-time high – with acceptance hopefully to follow. From Huckleberry Finn to the “evolution” of President Obama, personal narrative trumps written dogma.

Religious Jews, pay attention. The American attraction to personal testimony touches our community as well. It’s hard to find a conservative Jew who really believes that multi-faith families should be excluded in the name of Jewish continuity – their personal stories are just more compelling than abstract notions of tribe and Jewish law. And Reform and Reconstructionist Jews were never so wedded to that law in the first place.

It will be interesting to see if Modern Orthodoxy can continue to buck this national trend, particularly in light of the never-ending series of scandals involving supposedly “fantastic rabbis” with feet (or other limbs) of clay – and the Rabbinical Council of America’s Teflon ability to behave horribly every time, yet have the charges somehow fail to stick. Then again, Modern Orthodoxy is increasingly becoming a community of choice, with only a relatively small number of Jews able to accommodate both the strictures of Halacha and the personal stories of women, LGBTs, and other groups disadvantaged by them.

Indeed, the fastest growing segments of the Orthodox community are the Ultra-Orthodox, who make a virtue of being countercultural and who have no interest in bending the slightest societal or religious code by virtue of a compelling story, whether the tale be of spousal abuse, communal coercion, or familial excommunication. What scandalizes the rest of us seems to empower the fundamentalists.

Humanism is not entirely “Greek,” of course. Judaism lacks a monastic code, and has strongly life-affirming, flourishing-affirming values within it (even as there have been sex-negative currents since the twelfth century and world-rejecting ones since the nineteenth). One can see forerunners of Caitlyn Jenner in Abraham’s wealth, Mordechai’s power, and King Solomon’s worldly delights – not to mention the Daughters of Zelophechad, who manage to bend the codes of gender by telling their personal stories of injustice.

But whatever its origin, it seems impossible to imagine the worldly American Dream without the affirmation of humanism, narrative, and personal experience. It may well have begun outside the Jewish and Christian traditions, but from Benjamin Franklin to Oprah Winfrey, it is the religion in which Americans most believe.