What Can Women of the Upper East Side Teach Us About Gender Roles? 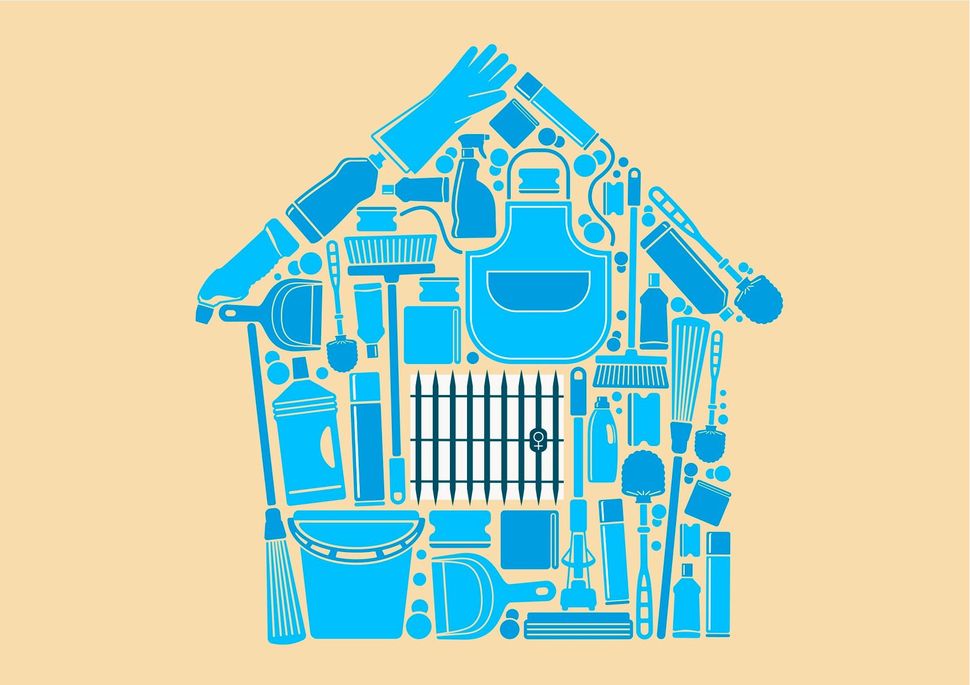 Marketed like a cross between “Gossip Girl” and “The Feminine Mystique,” Wednesday Martin’s new “Primates of Park Avenue” is a quasi-anthropological tell-all about navigating the world of housewifery on Manhattan’s Upper East Side and its discontents.

Martin, a self-described “cultural critic at large in high heels,” gives us a window into the highly competitive, and gender segregated, world of uber-wealthy stay-at-home-moms. According to Martin, these are lives filled with playdate counselors, year-end wife bonuses and dinner parties during which men and women dine at separate tables.

Martin has already been accused of fabricating certain details of this salacious tale, indeed much of it seems suspect. (Birkin bag as luxury status and impromptu weapon?!?) Though even if the book isn’t exactly true, the conversation that surrounds it reveals a very important truth: When it comes to housewives, we are still utterly conflicted.

The tension here is one that many struggle with, including us non-Hermes wearing, public school-going schleppers. The contempt for wealthy stay-at-home moms might be particularly strong, but the patriarchy and misogyny that rear their head in every discussion about them transcend tax brackets.

On one hand, we are a society that has decided that minding the home and children is of the utmost importance — or in Upper East Side moneyed speak, priceless. On the other hand, this elevation of domestic work has been used to subjugate women for a long, long time.

The big question raised by the arrival of Martin’s book isn’t whether or not these families should be paying for “free play” sessions at the local nontoxic, supervised by PhDs, kids’ space, but how do we value domestic work and the people who do it (that is, not bash housewives) while also criticizing the fact that women are still doing most of it?

Yes, it’s a lot to consider at once. But it’s also essential if we are ever going to make progress on the various mommy wars and work/life balance debates that we find ourselves stuck in again and again and again.

The vaunting of the domestic work is an idea that goes way, way back in Judaism. Eshet Chayil (Woman of Valor), a chapter from the Book of Proverbs, praises the physically and morally solid housewife who “anticipates the needs of her household, and the bread of idleness, she does not eat. / Her children rise and celebrate her; and her husband, he praises her: ‘Many daughters have attained valor, but you have surpassed them all.’”

Many Haredi Jews still follow this line of thinking when defending the gender segregation in their homes. Men and women do different, but equally important, work, the logic goes. To dismiss the status of women is to dismiss the importance of raising good children and keeping mitzvot like observing the Sabbath and kosher laws.

In a Jewish household, the wife and mother is called in Hebrew akeret habayit. This means, literally, the ‘mainstay‘ of the home. It is she who largely determines the character and atmosphere of the entire home.

“G–d demands that a Jewish home — every Jewish home — should have a Jewish character, not only on Shabbat and the holidays, but also on the ordinary weekdays and in ’weekday‘ matters,” Rabbi Nissan Dovid Dubov writes on Chabad.org.

Feminism’s next step? Reconcile the fact that it is both.

Home is a source of empowerment and imprisonment for women. Housekeeping and child rearing are important work, but that doesn’t mean women aren’t directly or indirectly coerced into doing them. We have to find a way to speak from within this knotty reality, to leave behind the conversation that admonishes women for leaving the home or for staying in it, and to yield to one of the greatest complexities of our post-women’s liberation time. Only then will we truly be free to commit ourselves to creating real choices for both genders.

What Can Women of the Upper East Side Teach Us About Gender Roles?