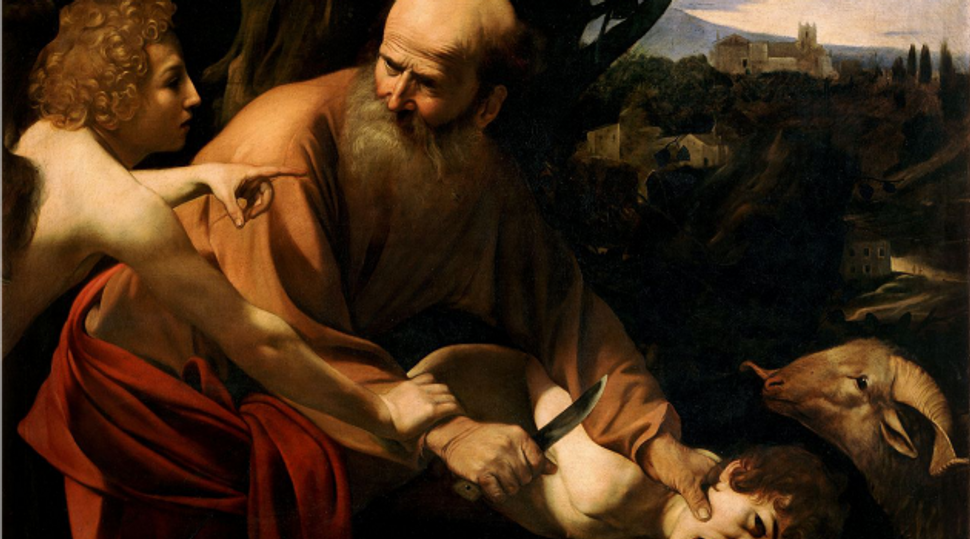 If it had been, it would have been awkward. Very awkward.

The fathers depicted in the Hebrew Bible are an imperfect bunch: some are womanizers, many play favorites with their children, and a select few try to kill their children altogether.

In Jewish tradition, every day is supposed to be Father’s Day. Mother’s Day, too. The Torah places a high premium on honoring one’s parents — it’s the fifth of the Ten Commandments.

Yet the parent-child relationships depicted in Genesis and elsewhere show how complicated fulfilling that commandment can be. These relationships cast a very long shadow over Jewish history; today, we are still arguing about how our forefathers mistreated their children.

Just last fall, a celebrity-studded mock trial of Abraham — for the charge of attempted second-degree murder — drew 1,300 Jewish New Yorkers to Temple Emanu-El. (He was acquitted, but only barely.)

In honor of Father’s Day, we present a few of the most problematic fathers in the Hebrew Bible:

When a mob shows up outside your door demanding to make off with your houseguests, what should you do? Here’s a very basic rule: Don’t offer the mob the opportunity to rape your daughters instead. Lot’s heinous, horrific proposition to the rabble of Sodom marks him as the Bible’s worst parent. And that’s saying something. 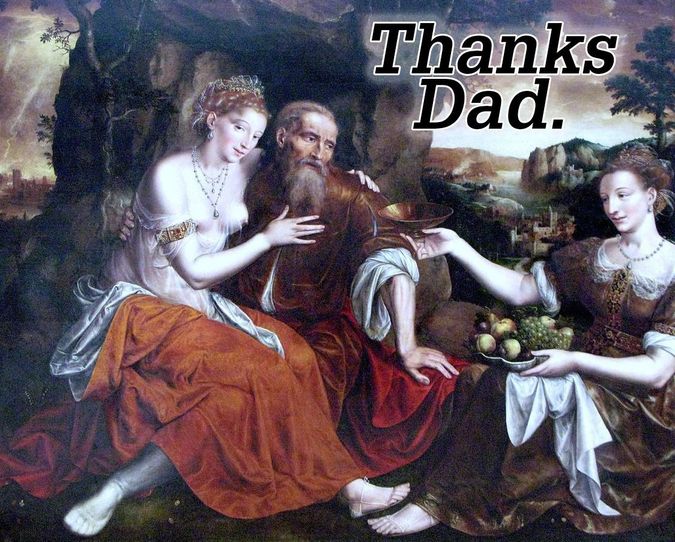 Jeptha may have been a sharp commander in battle, but his behavior as a parent was absolutely criminal. Before leading an attack on the Ammonites, he vows that, if successful, he will sacrifice to God the “first thing that comes out of the doors of my house to greet me” (Judges 11:31). This vow would make a great deal of sense if, for example, you have a pest problem, and the most likely thing to greet you on returning home is a cockroach. Less so if you live with human beings. Jeptha’s daughter greets her father first, and pays the price. 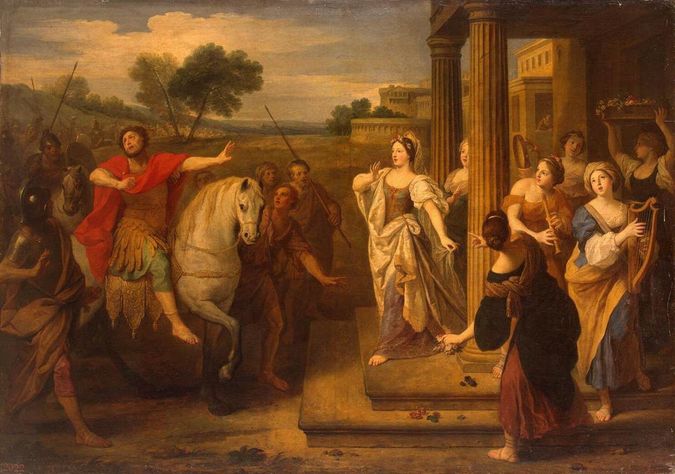 Abraham might have earned a spot on the list of bad Biblical dads just for introducing circumcision. Or for sending his son Ishmael to die in the desert. But there’s also that little matter of trying to kill Isaac. The binding of Isaac has puzzled scholars and philosophers for thousands of years: Was Abraham bluffing? Did he lie to Isaac? Why did God command Isaac’s sacrifice to begin with?

Whatever the answers, Abraham put his son through an incredible trauma: Imagine watching your father tie you down to a rock and lift a knife above your neck, ready to kill you. The Torah hints that Isaac never spoke to his father again after the near-miss. I can’t say I blame him. 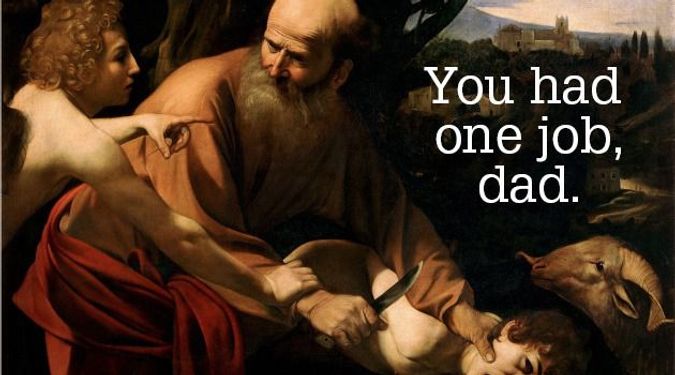 David was the nation’s quintessential leader and poet, and its most successful general. But it all came undone when he glimpsed Batsheva bathing on the roof. In the words of another poet, Leonard Cohen, “Her beauty and the moonlight overthrew him.” David becomes an adulterer and a murderer, and his family life immediately falls to pieces: One child dies, another rapes his own half-sister, and Absalom launches a bloody revolt against David that takes his life. Not exactly a picture of domestic tranquility. 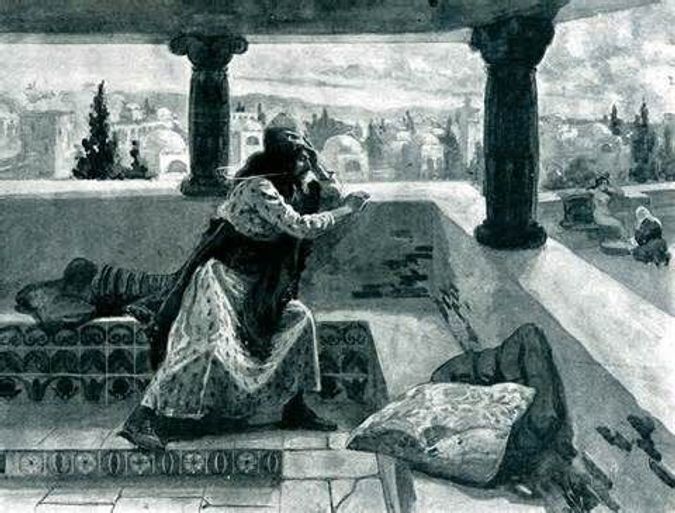 Moses was the long-suffering leader for the wandering tribes of Israel. Perhaps that explains why he had such little time for his children, who seem to have missed the Exodus entirely. When his wife, kids, and father-in-law rendezvous with the Israelites, Moses rushes out to hug his father-in-law, but ignores his wife and kids. Virtually the only mention of his offspring is a bizarre story involving a hotel, his son’s foreskin, and a flint. Really. 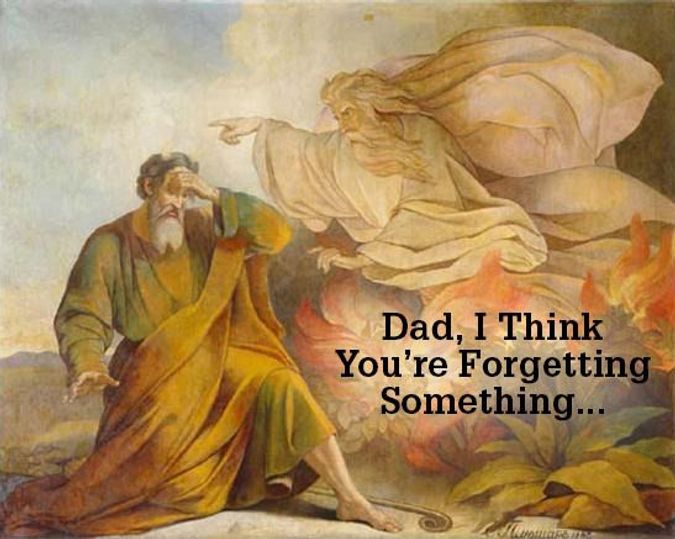