After Charleston, Let’s All Look in Mirror 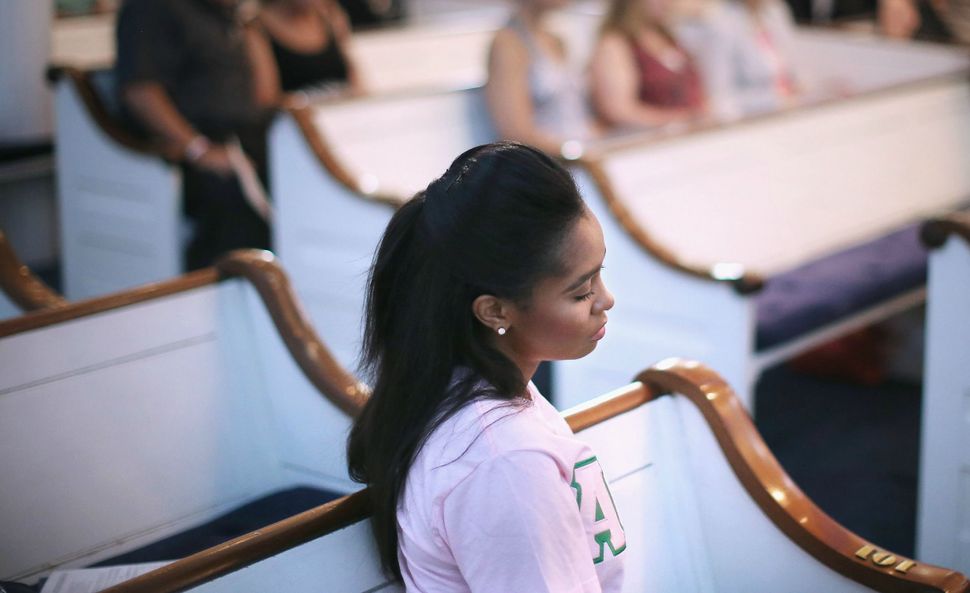 The grim-faced look of President Obama as he addressed the nation after the attack on a Charleston church seemed not only to reflect his personal pain. It encapsulated the resignation of a man who thought he would not have to minister again on these occasions, would not have to continually remind us that the toxic combination of lingering racism and easy access to guns marks America as unique among our peers, in all the wrong ways.

We look at that resigned face and wonder what happened to the hope for a post racial America that accompanied Obama’s astounding victory in 2008 and was reaffirmed four years later.

But those are the wrong questions to ask. By becoming our first African American president, by occupying the White House with a wife who descended from slaves, Obama’s task isn’t to change the nation.

We are the ones who are supposed to change. And as evidenced once again in Charleston, we have woefully failed.

I’ve been thinking about the real value of role models, of the “first” whatever in a leadership role, and have come to believe that we often get it wrong. We expect those who have broken down racial barriers or pushed through glass ceilings — and I’ve cracked a few modest ones in my career — to be not only the agents of change, but the deliverers of it.

That is true to an extent. The fact that a six-year-old believes that it is normative to have a black President, because she’s known nothing else, is a remarkable sign of progress on the road to racial equality. We won’t know for years how many minority children will now reach higher because of Obama’s example, but surely we will all benefit by their talents and contributions in the future.

And those of us who are the first in our race or gender to achieve a position of leadership have an absolute responsibility to further open the door to others, and not shut it to protect our own status.

But real achievements will come not only by what the leader does, but by what the rest of us do in response.

No matter how you judge his presidency politically, Obama has conducted it with dignity and integrity, free from personal scandal, enough to earn world praise and a hard-fought reelection. He has eloquently helped us to understand how the unfinished legacy of racism holds back the entire nation. He has tried — some say too hard — to position himself as everyone’s president, so much so that in many cruel ways, black Americans have fared worse during his time in office.

All these things should be enough to persuade those who continue to fan the flames of racial hatred to stop. It’s over. Leadership in America can be held by someone who doesn’t look like the prior 43 presidents, and surely will again. You can detest everything about Obama’s domestic and foreign policy, but you cannot deny his legitimacy, and you certainly can’t use his stature as an excuse to murder in a sacred place, or to spout the ugly rhetoric that encourages a deranged individual to do so.

A black president cannot end racism in America. Only Americans can. We who enjoy the privilege of being white — and that includes most Jews — have to double down on the hard work of examining our policies and our personal behaviors and realize how very far we have to go to create a nation with true equality of opportunity.

We have to stop looking to the White House for deliverance to a post-racial society, and turn the demand back on ourselves.

After Charleston, Let’s All Look in Mirror