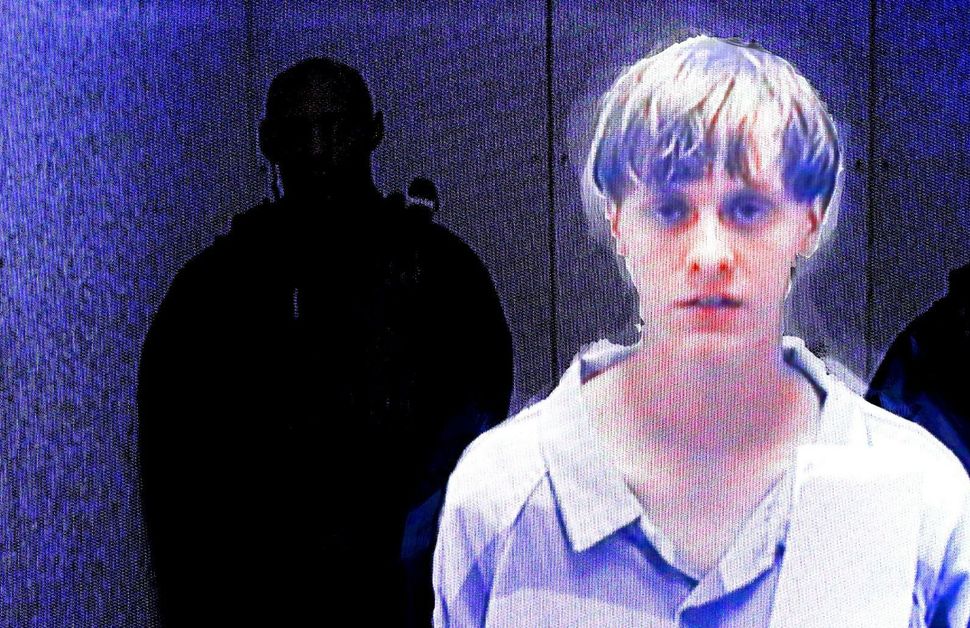 What can be done to prevent another horrific massacre like the one that took place in Charleston, South Carolina, on June 17.

Actually, there is a lot that can be done — but the Republican Party is on the wrong side of every issue that matters. Thus, while it’s all well and good to “come together in a time of tragedy,” the reality is that we are not all together. There are those of us working to eradicate racism, poverty, extremism, and gun violence — and those of us who are not.

Of course, recognizing our internalized racism and white privilege is important. But we also need to look clearly at what is perpetuating that racism and privilege — or what is denying that they even exist (as Fox News favorite Bill O’Reilly has repeatedly done as of late).

The answer is conservative Republican policies on race, poverty, extremism and violence. These policies are not to blame, causally, for Dylann Roof’s hideous act. But they block any meaningful responses to it. Those “moderate” Jews flirting with a moderate Republican party that does not, in fact, exist should take a look at the facts.

Race first. Eighty-nine percent of Republican voters are non-Hispanic whites. And 61% of Republicans say they see no racism in major areas of American society. The numbers for Democrats are 60% and 32%, respectively.
That’s a whole lot of white, and a whole lot of ignorance. You can’t solve racism — whether systemic or extreme — if you don’t see that it exists.

Now, only a minority of Republican white voters — 27% — have “negative racial attitudes.”. (Nineteen percent of Democrat white voters do.) Thirty-seven percent of white Republicans say that blacks are “more lazy than hard-working.” But those voters are an important part of the Republican base, which is why the GOP dances around symbolic issues like the Confederate Flag, “states’ rights” and whether or not “Barack Hussein Obama” is really American.

More important than the symbols, though, are the hard policies. The Republican Party is engaged in the largest-scale voter suppression campaign since Jim Crow. It’s opposed to affirmative action and immigration reform. And throughout the torrent of black male bloodletting in the past year, conservative pundits have consistently backed George Zimmerman over Trayvon Martin, Darren Wilson over Michael Brown, Daniel Pantaleo over Eric Garner.

And that’s the mainstream.

How has this come to pass? As is well known, the GOP’s “Southern strategy” in the 1960s, ’70s, and ’80s successfully moved angry, white Southerners over to the Republican Party from the Dixiecrat wing of the Democratic Party. In other words, the folks siding with Zimmerman, Wilson and Pantaleo also sided with Bull Connor over Martin Luther King Jr.

Sure, there are anomalies like Ben Carson or Clarence Thomas. And there are a handful of Republican moderates left. (George Pataki? David Brooks? Jeb Bush pre-2014?) But overall, the 90%-white party is acting like it.

Then there’s poverty. To end the systematic disadvantages faced by African-Americans, and the sense of desperation among poor whites, requires attacking the ever-growing gap between the ultra-rich and everyone else.

Once again, however, the Republican Party is on the wrong side: slashing the estate tax (which should be immediately returned to its pre-Reagan levels), further shredding the social safety net, skimping on education, declaring war on labor unions, opposing adjustments to the minimum wage.

In states across the country and in Congress, the GOP is turning back the clock to the 1920s, in which plutocrats like our dear Sheldon Adelson control the levers of power and use them to further enrich themselves at the expense of everyone else.

Again, none of this is to indict fiscal conservatism or restrain the size of government bureaucracy. But copies of Ayn Rand’s “The Fountainhead” have buried those moderate Republican values.

Want to respond to Charleston in a way that actually makes a difference to the surviving members of Emanuel A.M.E. Church? How about investing in Charleston’s public schools, lifting the minimum wage and raising food stamp allotments to a subsistence level instead of threatening to cut off all those “lazy” blacks?

But what about Tea Party Patriots who advocate armed conflict? What about officials in Texas and Alabama — or presidential candidates — who say that the Supreme Court should be disobeyed? How many angry white men have to rant on AM Radio (or Fox News) before we wonder if all that incitement might actually incite someone? Fifty-four percent of Republicans believe that President Obama is a Muslim. A majority!

It’s fine to believe in a fictive, Jewish Republican Coalition GOP that supports Israel and favors traditional values. But the actual GOP tolerates racism, extremism and violent rhetoric among its base.

Finally, guns. It now appears that, contrary to earlier reports, Roof bought his .45 caliber pistol at a licensed gun store, passing his federal background check because his pending indictment on a drug charge was only a misdemeanor.

He also apparently did not come up as a “member of a subversive organization,” which would disqualify him under South Carolina law. That may be because of lax reporting; South Carolina’s system of reporting got a failing grade from a leading gun control organization.

More importantly, as the haunting photos online make clear, Roof was immersed in the fringes of gun culture. South Carolina had the nation’s largest increase in licensed gun dealers in the nation between 2005 and 2013, increasing from 560 to 740. The National Rifle Association and GOP’s glorification of weaponization, and zero tolerance for even the most rational of gun control measures, has built a bizarre, terrifying counterculture of gun-worshipping zealots. They have distorted a healthy (if not very Jewish) American appreciation for hunting rifles and family heirlooms into paranoia and psychosis.

And every time an outburst of gun violence takes place, their solution is more guns. Arm teachers, arm parents: Mike Huckabee says the churchgoers should’ve been packing heat in the pews. As if a black man carrying a gun in South Carolina wouldn’t attract police attention. And as if everyone being armed, trigger-happy and terrified of one another would decrease, rather than increase, America’s insane rate of handgun violence.

When influential people condone (or promote) extremist ideologies and paranoid conspiracies, some evil malcontent will take them seriously. That’s true of Dzhokhar Tsarnaev and it’s true of Dylann Roof. When heinous acts like Roof’s are committed, we are indeed called to respond. But let’s not let the rhetoric of unity obscure the ways in which one party’s policies — the actual ones, not those of Jewish Republican wishful thinking — make life worse for those who have been attacked. If our response is to be meaningful, it must face the facts.