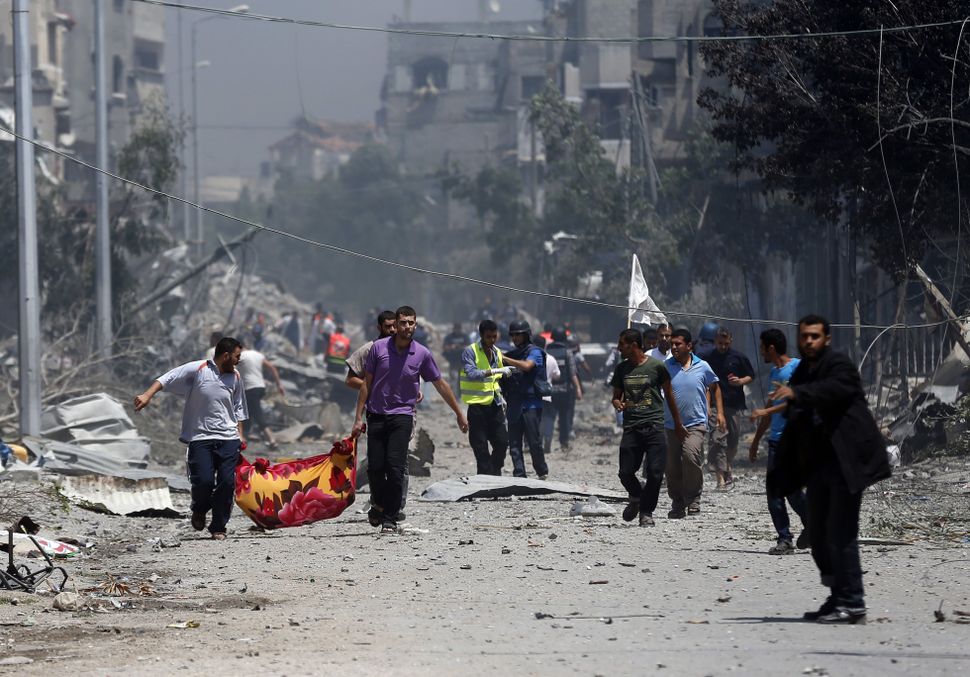 When the shouting dies down and folks take the time to read the actual content of the United Nations report on last summer’s Gaza war — all 183 pages plus side documents — you might see some very red faces in the world of pro-Israel activism.

Well, maybe you won’t. The leaders and friends of Israel’s current governing coalition aren’t in the habit of admitting mistakes, especially where Palestinians are involved. But this one will be hard to dodge.

Israeli officialdom and its boosters greeted the report’s June 22 release with a chorus of outrage. They claim it “accuses Israel of deliberately killing civilians,” denies Israel’s right to defend itself, “barely mentioned” Hamas and even “has blood on its hands for allowing the murder of Jews.” None of that is in the report. 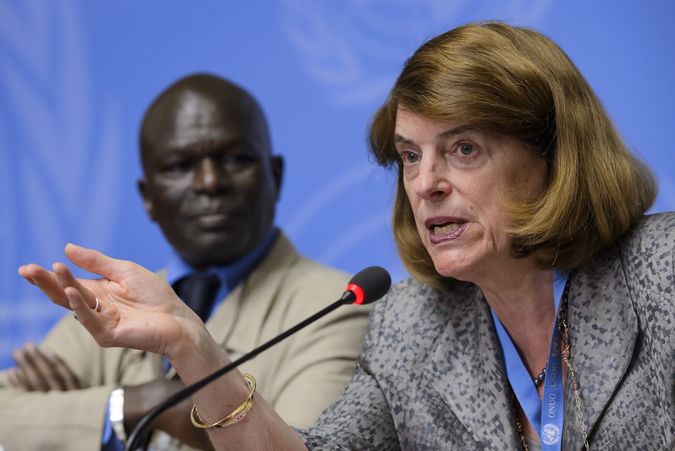 What it does contain is a host of questions about the Israeli military actions that led to the deaths of around 2,200 Palestinians, a large proportion of them civilians. It questions whether Israel’s military goals of stopping rocket and mortar fire and tunnel infiltration, goals it admits were legitimate, necessitated all of the actions that caused the massive civilian suffering.

It reads harshly at times, but the events it describes actually happened. Given the numbers killed and left homeless, it’s appropriate to recall. The finger-pointing is actually rather mild, relative to the magnitude of the suffering. And make no mistake: the finger points in both directions.

The report notes that “the threats to the security of Israel remained all too real.” It describes at length the rocket and mortar fire from Gaza, as well as Hamas’s terrifying tunnels into Israeli territory. It describes Israel’s casualties, including children killed, wounded and emotionally scarred. And it charges that the firing of rockets without guidance systems in the direction of civilian residential areas by “Palestinian armed groups” was a blatant violation of international law.

But it cites dozens of cases where Israel’s response might not have been “proportional” to the threat. International laws of war dictate that a military action should be proportional, not to the harm suffered, but to the achievement of a “legitimate military goal.” The investigators studied 15 specific residential buildings out of the thousands that Israel shelled. It found evidence of a military target in nine of them. In the other six it couldn’t find evidence of a military target, raising the suspicion that the building was a purely civilian facility, suggesting that the attack violated international law. Since Israel didn’t cooperate with the investigators, and didn’t allow them entry to Israel or Gaza, the report urges Israel to answer the question of what it was aiming at in each case.

The report praises Israel’s efforts to warn residents by leaflet and telephone to flee before buildings were attacked, even at the cost of losing the element of surprise. However, it claims Israel’s practice of “roof-knocking,” dropping light munitions to warn residents before bombing, was ineffective.

It also raises an explosive question of whether Israel’s top leaders should be culpable for failing to change tactics in midsummer once the high civilian toll of its bombings became clear.

What will evoke the most discomfort and even outrage for many is the report’s lengthy series of grim eyewitness accounts of civilian deaths (“I found the decapitated bodies of my uncle and daughter…”) and destroyed homes. A handful of killings are documented that the report flatly says violated international law, notably a civilian shot twice after falling down wounded, caught on video.

But the report’s most direct, unequivocal allegation of illegality — stripped of “may,” “could” or “should” — involves “executions” of suspected collaborators by “Palestinian armed groups” (its collective term for the military wings of Hamas, Islamic Jihad and several smaller groups). The report describes in detail the arrest, torture and summary execution, often in public, of several dozen suspects, “with the apparent knowledge of the local authorities in Gaza,” the report’s term for the Hamas government. These flatly violated “both international humanitarian law and international human rights law,” along with “Article 6 of the International Covenant on Civil and Political Rights” and “article 3 common to the 1949 Geneva Conventions,” the laws of war.

The report also notes allegations by witnesses that Israeli troops used Palestinians as human shields, forcing them to enter buildings before the soldiers in case of booby traps. One specific case is cited. On the other hand, it notes that Palestinian armed groups made an apparent practice of using human shields by sending civilians to the roof of targeted buildings “to ‘protect’ the house” — one specific case is cited, but others are suspected — “in violation of the customary law prohibition to use human shields.”

Israel condemned the report as biased from the moment it was first commissioned by the U.N.’s human rights council last July, during the heat of the war. The council has a long history of obsessively focusing on Israel and ignoring far more glaring human rights violators. It’s been responsible in the past for such miscarriages of justice as the 2009 Goldstone Report, which baselessly accused Israel of intentionally targeting civilians in the three-week Gaza incursion known as Operation Cast Lead. Israel refused to cooperate with that inquiry, whose chair, South African judge Richard Goldstone, eventually repudiated many of his own commission’s findings.

The report produced by McGowan Davis and her fellow commissioner, veteran U.N. human rights expert Doudou Diene of Senegal, seems to have caught some Israelis off-guard. Where the Goldstone Report was dismissed out of hand, the Foreign Ministry says it will “study” the new one, despite the bias of the council that commissioned it. Some officials are quietly telling reporters it may have been a mistake to continue snubbing the investigation after Schabas resigned, rather than cooperating so McGowan Davis could hear Israel’s side. Indeed, some warn the report’s relative balance will make it harder to ignore the harsher allegations as they move through international bodies and tribunals.

Israel released its own report on the war a week before the U.N. document came out, on June 14, in an apparent attempt to preempt and blunt the expected the U.N. attack. Simultaneously, a pro-Israel organization in Europe released a report by a so-called High-Level International Military Group, comprising 11 retired generals and diplomats from around the world, headed by a former German chief of staff and head of NATO command. They visited Israel for several days in May and concluded that Israel “not only met a reasonable international standard of the laws of armed combat, but in many cases significantly exceeded that standard.”

Neither of those reports, however, addressed the specific incidents and patterns that McGowan Davis questioned.

It remains to be seen whether and how Israel will address her questions regarding the military necessity of its actions.

The Palestinians have initiated action against Israel at the International Criminal Court in The Hague, and McGowan Davis urges Israel to cooperate. But the court doesn’t have jurisdiction over a country that properly investigates and punishes its own crimes. The ball is in Israel’s court. For the rest of us, step one would be to read the darn thing.