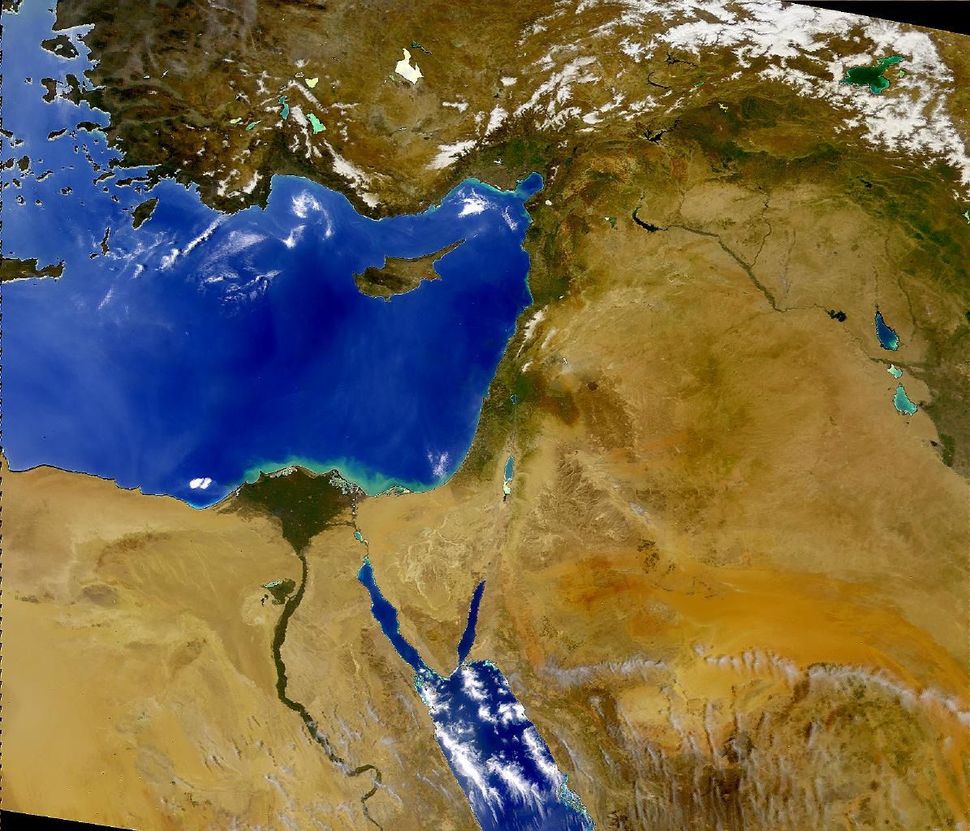 It’s been strangely reassuring to watch Republican presidential candidates jump all over Pope Francis for his new encyclical letter on the environment. I’m comforted by the fact that he’s getting hit with pretty much the same criticisms I get when I write about climate in the Forward: What does this have to do with your job? Why do I have to hear about this from you? Why can’t you stop pretending you’re a scientist and talk about the stuff we pay you to talk about?

Not to compare myself to the pope or anything. For one thing, he’s got a lot more readers than I have. Also, he wears a white yarmulke and I wear a black one (no, not a knitted one — it’s a long story). That said, when he writes about the climate, he gets the likes of Jeb Bush sniping that “religion ought to be about making us better people,” not about “the political realm.” When I do it, I have readers asking me in aggrieved tones why it’s a Jewish issue. Rick Santorum wants to leave science to the scientists. Me, I’m supposed to stick to Israel, anti-Semitism and intermarriage.

Now, one might be tempted to ask the pope’s critics why he shouldn’t talk about climate science when they go around discussing obstetrics and gynecology, but that would be shooting fish in a barrel. Besides, anyone who’s actually read the encyclical can see that it isn’t exactly about climate science. It starts with climate and carbon emissions, but from there it goes into all the ills of consumerist, technology-driven society and the urgent need for humanity to find a new way of living in harmony with what he calls Sister Earth. The trouble is, by the time we get that sort of moral transformation going, Miami, Amsterdam and Mumbai will be underwater, along with large stretches of Brooklyn, Los Angeles, Jersey City and Long Island’s Five Towns, plus Nahariya, south Tel Aviv and parts of Ashkelon.

That list of locales is based on the conservative predictions for 2070, when the sea level is expected to have risen at least a half-meter, or 20 inches, given the current rate of west Antarctic ice melt. It doesn’t factor in recent findings about the beginnings of a catastrophic melt in the much larger east Antarctic ice sheet. That could raise sea levels as high as 11 feet in the next few centuries. 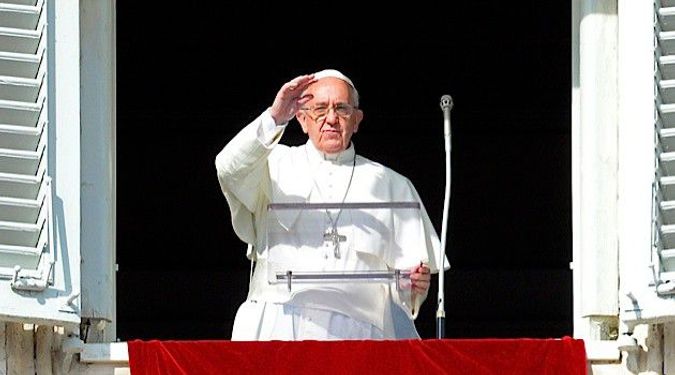 Now, I can understand the pope taking the long view. After all, Rome sits 20 miles from the coast on a bunch of hilltops. But I have a lot of family in Tel Aviv. So I believe it’s best to stay focused on the here-and-now. Folks in Rome can ruminate all they want on harmony with the earth. They have time. The Jewish issue, as it were, is cutting carbon emissions as fast as possible.

Granted, 2070 seems like a long way away. But the West Antarctic ice sheet is melting now — unstoppably, several recent studies show — because of processes set in motion a century ago by our grandparents and great-grandparents. The carbon their cars and factories belched into the air has warmed the atmosphere by a global average of 0.8 degrees Celsius and raised the sea level by a global mean of 16 centimeters or 6 inches since 1900. Moreover, the warming and rising processes are speeding up as more carbon enters the atmosphere. And the polar regions are warming and rising faster than elsewhere.

That’s why west Antarctica is melting. It seems the land underneath all that ice has a mountainous ridge around its perimeter. The Southern Ocean has now begun to overflow the ridge and spill into the basin-like interior, where it pools and warms the ice above. There’s a lot of ice there. By 2070, Ocean Parkway will actually be in the ocean.

Still sound too far off to worry about? Then think about what’s happening right now. We’ve all heard about the drought in California. There’s a growing scientific consensus that it’s largely a reflection of climate change. I won’t bore you with the changes in polar wind patterns and declining snowfall in the Sierras that are causing it. What you need to know is that the west coast of another continent has been having a drought with far more disastrous consequences. We refer, of course, to Syria.

Between 2006 and 2011, Syria experienced what some experts call “the worst long-term drought and most severe set of crop failures since the agricultural civilizations began” right there in the Fertile Crescent tens of thousands of years ago. With 60% of the country in drought disaster, with farmers leaving the land for the cities and refugees pouring in from Iraq, tension and anger grew. It was bound to explode. When the explosion came, it was taken over and exploited by fanatics and jihadists, but it started with dramatic hunger caused by the changing climate.

A study published earlier this year in the Proceedings of the National Academy of Sciences details how climate change — mainly drought and desertification — is wreaking violent social chaos throughout the vulnerable regions of the Middle East and North and Central Africa. I wrote in February 2011, at the dawn of the so-called Arab Spring, about the role of drought and crop failure in igniting what became social revolutions and then civil wars. At the time nobody foresaw the extent of the havoc to come. Now it’s one of the world’s worst humanitarian crises, and one of the most serious security challenges facing Israel and the West. And there’s no end in sight.

The Pentagon has been warning for several years about the security threats to American interests posed by climate change in semi-arid and tropical regions from Syria, Yemen and Libya to Somalia, Nigeria and the Democratic Republic of Congo. I reported on that, too, back in 2013.

As the Middle East Eye news site pointed out in May, much of what we call the war on terror is taking place in a dozen-and-a-half countries, most of them Muslim-majority, where climate change is leading to food scarcity, leaving populations angry and vulnerable to radical messages.

But the crisis doesn’t stay in the hunger zone. Drought, famine and violence are driving a mass migration from these countries northward toward the beckoning economy of Europe. Separate studies in the last two years by the European Union, the United Nations and the International Organization for Migration have all documented the central role played by climate change in driving the desperate human tidal wave trying to reach Europe from Africa and the Middle East.

It’s estimated that more than 3,000 a year are drowning in the Mediterranean en route. An unknown number don’t survive the trek across the Sahara. Tens of thousands more per year make it to Europe, though — by sea or overland through Turkey — and settle in as a new underclass. It’s profoundly changing the demography, politics and culture of Europe. The impact on the Jewish communities of Europe need scarcely be mentioned.

It will get worse in the coming years, because the carbon our grandparents burned is now impacting the planet, and the carbon we burn today will do its work in the decades ahead. But the process can be slowed and eventually halted and the planet can be kept habitable — yes, those are the stakes — if action is taken now to reduce and then end dependence on fossil fuels. It won’t be cheap or easy. It will cause economic pain. The alternative, continuing on our current path, is much, much worse.

But the necessary worldwide change desperately requires leadership from the world’s superpower. And America can’t play its role as long as our political system is held in a stranglehold by a mob that doesn’t believe in science. A stranglehold that is aided and abetted by some highly vocal, influential and tragically short-sighted voices that speak in the name of the Jewish community while the rest of us are busy with other things.

That’s why I think climate change is a Jewish issue. I’ll leave the poetry to the pope.