The Bitter Irony of Leon Wieseltier’s Outrage at Michael Oren 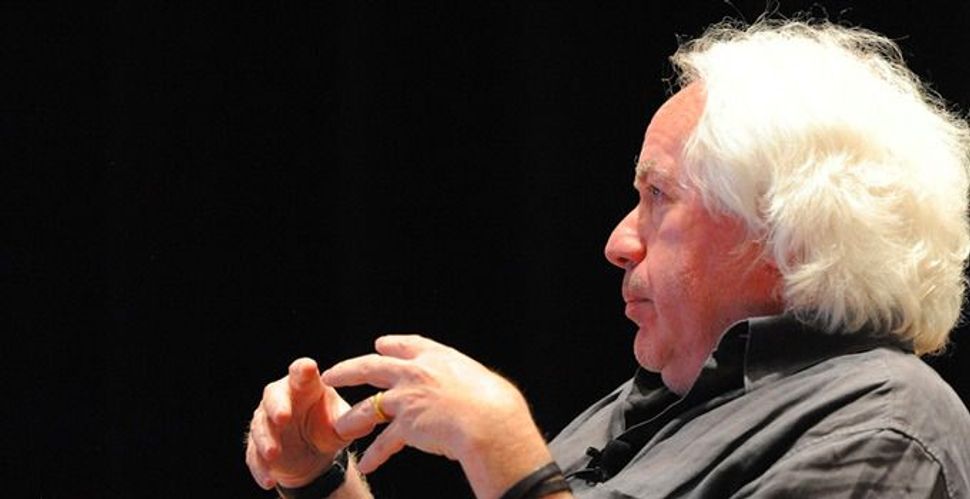 Though I have long admired Leon Wieseltier’s gift for irony, I had not appreciated the sacrifices he makes for his art. I had not dreamed that, in the service of comic inversion, the former literary editor of The New Republic was prepared not only to skewer contradictions but, when they were in short supply, to manufacture them himself, to take one for the sneering team, in short (though Wieseltier is never short) to make himself the butt of the joke.

But how else to explain at being called, by former Israeli Ambassador Michael Oren, an anti-Semite? From anyone else, to be sure, these indignant howls would play straight. In his new book Ally, Oren dismisses liberal American Jews tout court, speculating that “persistent fears of anti-Semitism impelled them to distance themselves from Israel,” and specifically calling Wieseltier’s “hatred of Bibi… pathological.” This is nonsense. The only pathology in Wieseltier’s mild criticisms of the Israeli government is that they arrived several decades too late. Oren’s is just the sort of offensive stuff you expect to provoke a furious response from the lion of Brooklyn.

Except, well, Leon Wieseltier could himself credibly claim to be the king of spurious and lazy accusations of anti-Semitism. He is the unquestioned master of the genre, which he perfected in his extended 2010 assault on the blogger Andrew Sullivan. That hatchet job opens with the Jews’ philosophical right to deny the Trinity, Sullivan’s insensitivity to which supposedly demonstrated that “he is baiting another class of people [than liberals], and operating in the vicinity of a different canard.” Not content to revive the medieval tradition of Jewish-Christian disputation, Wieseltier pivots like a Coney Island rollercoaster, veering from insinuation to vituperation. He calls Sullivan’s ideas “completely repugnant” and “disgusting,” attributing to him “an anti-Semitic assumption, and a rather classical one” and consigning him “to the herd of fearless dissidents who proclaim in all seriousness, without in any way being haunted by the history of such an idea, that Jews control Washington.” Sullivan’s sins? Attacking Jewish neoconservatives’ horrific ideas about torture and Iran, and bemoaning Operation Cast Lead’s “pulverization of Gazans,” a phrase Wieseltier found insufficiently sensitive to the bomber-planes’ side of things.

Today, this all looks very silly. In the age of J Street, Sullivan’s anguish at Gazan suffering, for instance, is now acceptable even among those Jews trying to “control” Washington. Indeed, as Sullivan pointed out at the time, his own Israel politics were just a shade to the left of Leon Wieseltier’s. (Whose Israel politics are, as an exasperated Wieseltier complains, just a shade to the left of Oren’s; Wieseltier is, as I said, a fine ironist.)

But in 2010, Wieseltier provoked any number of serious journalists to waste time defending Andrew Sullivan. Wieseltier was, after all, the literary editor of The New Republic and the Flatbush Yeshiva-educated author of a book about Jewish mourning rituals. And back then, institutional clout and Jewish credentials allowed you to guard the gates of the Israel conversation, to decide when and if someone with the last name “Sullivan” had stepped out of line and could be threatened with allusions to “The Protocols of the Elders of Zion.” For younger readers like me, the piece unwittingly epitomized but also buried the older, carefully policed style of Israel discourse. Its rules entitled Wieseltier to sarcastic verbal gymnastics at the expense of someone an inch to his left. If you were not already long familiar with this game, it seemed intellectually bankrupt and arbitrary. And indeed, The New Republic collapsed, its hawkish takedowns giving way to an argument messier, nastier, but at least marginally more open.

So it is a bit rich to see Wieseltier lecturing Oren on how “anti-Semitism cannot explain everything.” Moralism about how “the multiplicity of our opinions requires us to conclude that all the opinions are the words of the living God” is oddly placed in the mouth of the Grand Inquisitor himself. Go read Wieseltier’s 2003 excoriation of the British historian Tony Judt, whose criticism of Israel Wieseltier chalks up to “an anti-Semitic notion,” Judt’s “accept[ing] the premise of the prejudice.” Oren on Wieseltier is a clumsier reprise of Wieseltier on Judt. Wieselter does not hate himself, but he does refute himself.

But it is also poignant that the gray-haired sage of D.C. has still not adapted to the shifts in the discourse surrounding Israel. Wieseltier is convinced that, because he is Jewish and his critiques of Bibi are nuanced, he is insulated from right-wing venom and character attack. Well, as Michael Oren has proved, no Jewish or liberal-hawk credentials will save you. And Leon Wieseltier’s longing for a time in which “all the opinions that are expressed in good faith, like Michael Oren’s and my own” were respected, in which you would rough up an interloper like Sullivan but had to listen politely to centrist Jews — well, this nostalgia is not just bitterly ironic. It is also a little sad.

The Bitter Irony of Leon Wieseltier’s Outrage at Michael Oren