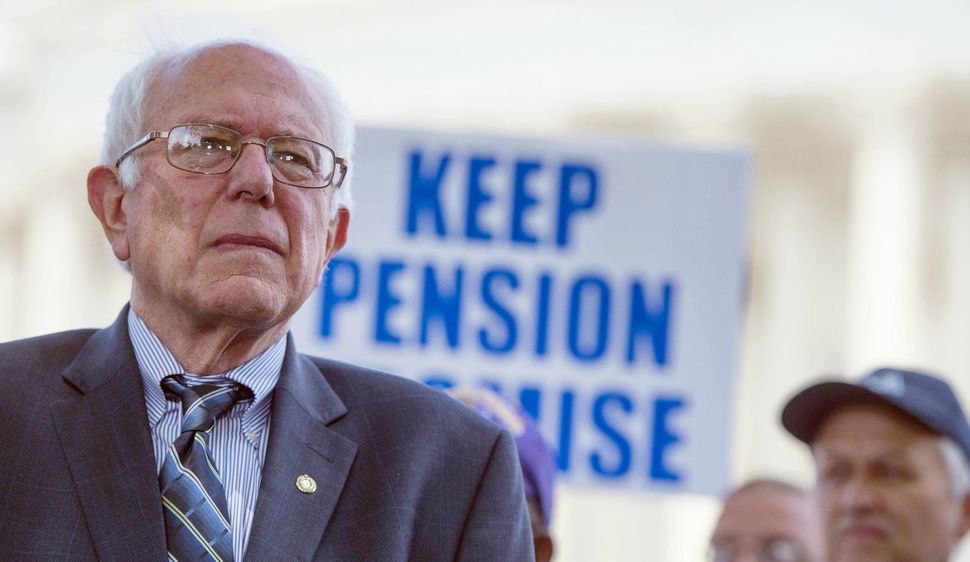 During the six years that Democrats controlled the Senate between 2007 and 2013, the range of Democratic opinion could fairly be described as the distance between two white-haired Jewish gentlemen from New England, Joe Lieberman of Connecticut and Bernie Sanders of Vermont, neither one a Democrat. Both were elected as Independents in 2006 but caucused with the Democrats. There they perched like fluffy bookends at the right and left edges of the party’s imagination.

They have more in common than you’d think. They’re just five months apart in age; Sanders was born in September 1941, Lieberman in February 1942. They represent two of the most significant streams of Jewish belief and identity in 20th-century America: religious traditionalism and social democracy, both of which were supposed to wither away after World War II but proved unexpectedly hardy.

READ: Is Bernie Sanders a Lefty on Everything Except Israel?

The two gentlemen have something else in common: They’re the only American Jews who’ve ever mounted credible major-party presidential campaigns (Barry Goldwater was raised Episcopalian and never called himself a Jew). But here the similarity ends. Lieberman entered the 2004 race as a presumptive favorite, having been the Democrats’ vice-presidential nominee in 2000, but he lost his first five primaries and dropped out in February.

Sanders’ trajectory has been the opposite. His announcement of his candidacy April 30 became an instant late-night punch line. He was a declared socialist in a country where that’s a curse-word, too old, too crotchety and too far left to be anything but a comic sideshow to the inevitable Hillary Rodham Clinton.

Two months later, he’s no joke. Polls show him climbing dramatically and breathing down Clinton’s neck in the early primary states. He’s at 33% to Clinton’s 52% in Iowa, according to the July 2 Quinnipiac poll, up from a May spread of 15% to 60%. In New Hampshire — where he has a home-court advantage — a June 25 CNN poll shows him just eight points behind, 35% to her 43%. A Clinton campaign spokeswoman finally acknowledged on MSNBC July 6, after ignoring Sanders for weeks, that they are “worried about him, sure.” 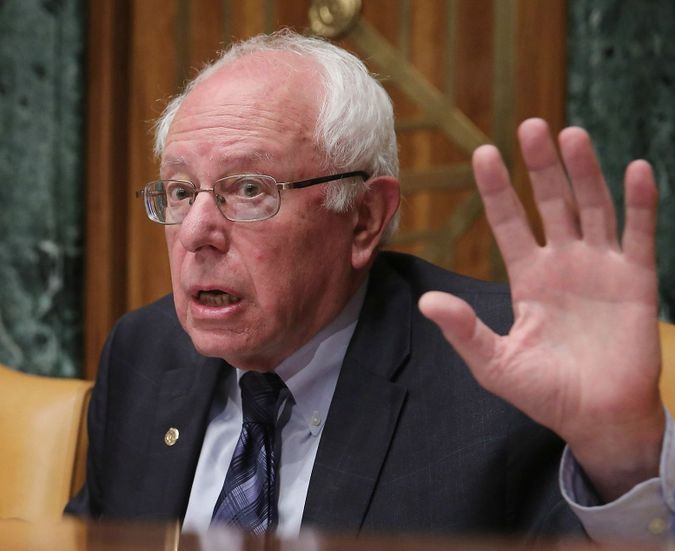 True, Sanders continues to trail far behind Clinton in the national polls. CNN put the spread at 58% to 15% on July 1. Still, that puts him way ahead of every other Democratic contender. Clinton leads the field, but Sanders is her challenger.

What’s unclear is just who constitutes the Bernie surge. Perhaps it’s mostly aging hippies and Gen-X food co-op types who see him as a native son made good, a onetime 1960s radical who’s making a splash. If that’s the case, Sanders is probably hitting his ceiling right about now.

But it’s also possible that Sanders is attracting the very crowd he’s aiming for: working- and middle-class mainstream Americans, whites as well as minorities, who’ve been sideswiped by the past generation’s galloping inequality and are ready to fight back. If that’s who’s packing his rallies and jamming his website, then Democrats and Republicans alike are in for a surprise.

That issue — economic inequality, the redistribution of income and wealth upward to the rich from everybody else since the 1970s — is essentially Sanders’ entire platform. It’s clear on the issues page of his campaign website, berniesanders.com, which has precisely three headings: “income and wealth inequality,” “getting big money out of politics” and “climate change & environment.” His Senate website details a 12-point Agenda for America that’s more of the same.

What’s missing is the laundry list of gender and identity issues that have dominated Democratic and liberal politics since the late 1960s. Sanders is a reliable supporter of abortion rights, gay rights, affirmative action and immigration reform — and of Israel, for that matter — but they’re not what he’s about. His battle isn’t for self-esteem or enlightenment but for jobs and food, for survival.

That, in a nutshell, is the difference between a liberal and a democratic socialist. He’s openly dismissive of the Democratic strategy of building presidential majorities out of a coalition of minorities and conceding the white working class to the Republicans. He wants to reclaim the majority.

“I think it is insane that the Democrats do not have a 50-state strategy,” he recently told The Nation’s John Nichols. “How is it that, if you are the party of working people, supposedly, you abdicate your responsibility in some of the poorest states of America? Where are you in Mississippi? Where are you in South Carolina? Where are you in Alabama?”

The answer, of course, is that by putting minority rights, gender and cultural transformation atop your agenda, you’re conceding those conservative states and hoping instead for long-term demographic change to swamp today’s majority. Sanders doesn’t say it aloud, but his strategy is to downplay the issues that divide Middle America and focus on bread-and-butter concerns shared by all.

It’s a dangerous tactic for a Democratic aspirant. In effect, he’s asking the party’s base to put its key passions on hold and revert to an older, New Deal-style politics. If his long-shot bid actually goes anywhere, he could easily alienate the activist base before he ever reaches his new audience. Already there are complaints that he doesn’t talk enough about police shootings.

Sanders is only Capitol Hill’s third avowed socialist. The other two were East European Jewish immigrants who served just before and after World War I: Romanian-born Victor Berger of Milwaukee and Lithuanian-born Meyer London of New York’s Lower East Side. Both were leaders in the Socialist Party of perennial presidential candidate Eugene V. Debs. London was a favorite of the Forward’s Yiddish-speaking readers. His funeral in 1926 drew one of the biggest crowds in New York City history, some half-million mourners.

Sanders’ public image bespeaks a very different lineage, the peace-and-love hippie culture of the 1960s. But that misses his real story. A child of immigrants, he grew up in a working-class Brooklyn neighborhood a mere half-generation removed from Meyer London’s East Side. He attended Brooklyn College, known as the poor man’s Harvard, before transferring to the patrician University of Chicago.

His Chicago years are mostly remembered for civil rights activism. But his core commitment was actually to the Young People’s Socialist League, the youth wing of Debs’ Socialist Party. YPSL was so rooted in the Jewish immigrant experience that its nickname, pronounced Yipsel, was commonly (and wrongly) assumed to be a Yiddish word. That’s where Sanders first encountered the European-style democratic socialism that’s still his lodestar.

And after graduating in 1964, and before moving to Vermont, he took the then-highly unusual step of spending a half-year on an Israeli kibbutz. That’s said to have inspired much of the cooperative-community philosophy that still guides his politics. He’s no friend of Benjamin Netanyahu, but his defense of Israeli security is the one issue that can get his Birkenstock base screaming at him, as he learned in a 2014 townhall that went viral.

It’s not at all clear that America is ready to elect a socialist president. If and when Sanders fails, though, it will probably be because Democrats and Republicans weren’t ready to put aside their culture wars and focus on their shared survival. In the end it’s not Bernie who’s perched on the edge, but the rest of us.