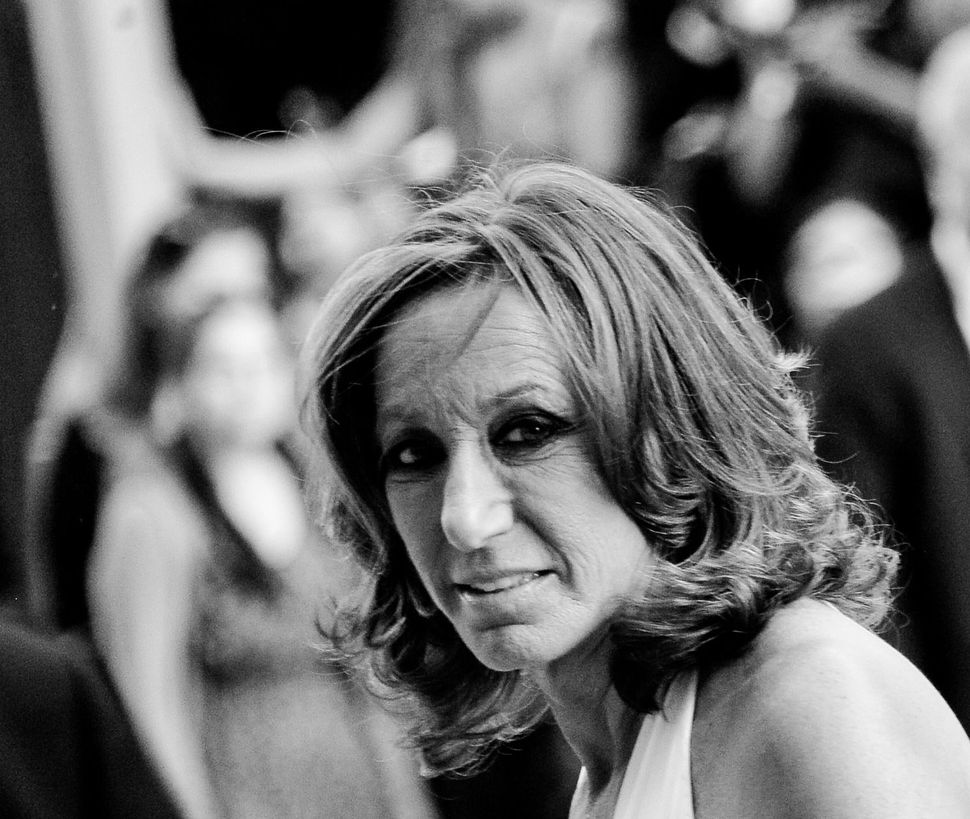 You see, once in a while a designer comes along who not only manages to reimagine how a woman dresses, but how a woman feels. Donna Karan was one of these designers.

When she launched her line back in back in 1985 her collection consisted of “seven easy pieces,” designed to be interchangeable and simple enough to be returned to season after season. The runway show featured models in black bodysuits and leggings who slowly added layers of wrap skirts, pull-on knit pants, tailored jackets and cashmere sweaters.

Behind this concept stood the idea that a woman doesn’t really need a closet full of clothes to choose from and she probably didn’t have the time to choose anyway. Instead, she should have some elegant basics, clothes that could move her through the day. Black, stretchy and flowy, these were items that one could comfortably wear while feeding one’s children breakfast, running a meeting, doing some desk work after lunch and then sitting in traffic on the way to pick up your kid from Hebrew school.

It was an aesthetic that did not ignore practicality, but refused to entirely cede to it either. Karan’s clothes were elegant without being fussy, proof that beauty can coexist with busy and a working gal didn’t necessarily need to choose between the two.

What made it all so radical is the way it offered a corrective to the feelings held by many women that their lives are made up of lots of different parts, and each one requires not just a different skill set, but a way of being. At home she should be tender and nurturing to the kids while also being attractive and engaging for her partner. At work she should be confident and composed, someone to be taken seriously. Suddenly these women had what they needed to dress the same for each of these roles. And just maybe, Karan seemed to be suggesting, they could be the same person too.

Put simply, Karan was a woman who not only understood the schlep of a post women’s lib universe, but actually embraced the schlep, building from it a philosophy of dressing that continues to inform women’s fashion today. As Karan described her typical customer to Harper’s Bazaar back in 2012: “She is a working-woman, constantly on the move. She needs to dress to go from day to night, she doesn’t have time to change her clothes and she’s constantly travelling.”

Indeed, Karan herself was the daughter of a woman whose life seemed to be filled with stylish schlepping. Born in Long Island in 1948, Karan’s father, a menswear tailor, died when she was just three leaving her mother to support the family on her own, first as a model and later a salesperson. As a young woman Karan showed interest in following in her parent’s footsteps of working in the shmatte business. She went to design school at Parsons, and by age 21 had secured a position at Anne Klein. Sixteen years later she launched her own line.

I’m projecting here, but I can’t help but imagine that watching her mom struggle to balance work and life — much more than she bargained for — influenced Karan’s designs. A single working mother has little to no extra time in her day to regularly shop and carefully plan outfits. Karan wanted to give women like that a chance to look fabulous too.

I was far too young to wear Karan when she first came around, and now that I am old enough I can hardly afford her. Still, it requires little effort to see how her aesthetic continues to inform the way certain artsy, urban women like me dress today. My wardrobe is nothing if not centered around black fabrics that move, clothes that mold and adapt to wherever the day goes. Women still might not have it all, as the clichéd saying goes, but at least, thanks to Karan, we are dressed for the occasion.