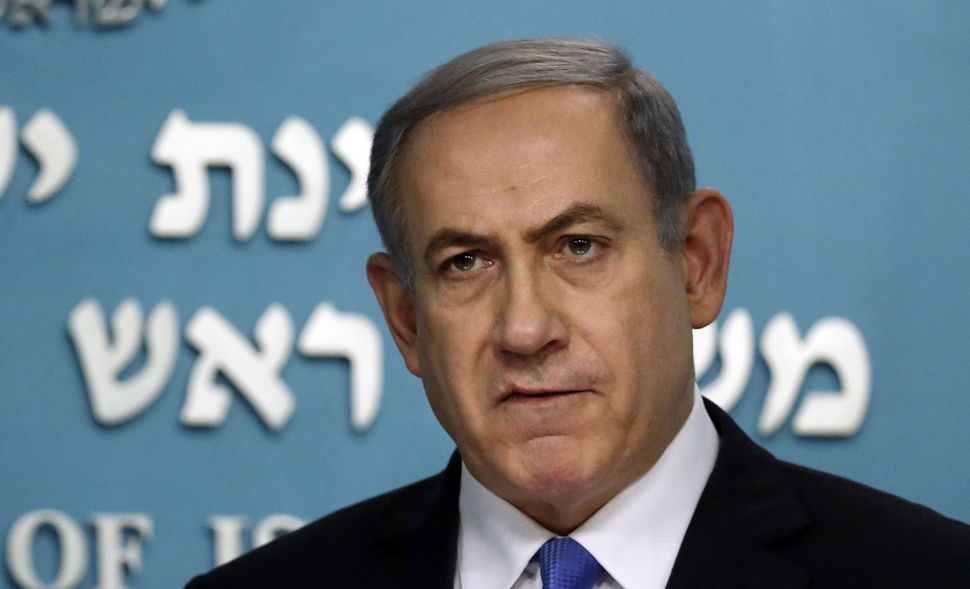 As Israel’s Prime Minister Benjamin Netanyahu girds for battle against the newly concluded Iran nuclear agreement, he faces a steeper uphill climb than anyone expected. To be blunt, the deal concluded in Vienna isn’t half as bad as he predicted. Now he’s got to explain to his dwindling coterie of allies just what all the fuss was about.

Through months of grueling negotiations, Netanyahu and his allies have been complaining that America and the other five powers were making one concession after another while Iran wasn’t giving up a thing. The emerging deal was painted as a historic mistake that would put Israel and the whole world in mortal danger.

The disagreement became an ugly personal feud between Netanyahu and President Obama. In his effort to block the deal and keep the heat on Iran, the Israeli leader joined forces with the opposition Republican party in a bitterly divided Washington, infuriating the president and betraying the tradition of bipartisan support for Israel. Some were openly besmirching Obama’s character. U.S.-Israel relations hit what many said was their lowest point in decades.

Now that the deal is done, it turns out Iran gave up plenty. The six powers got most of what they were aiming for. Israel’s warnings appear largely misplaced. 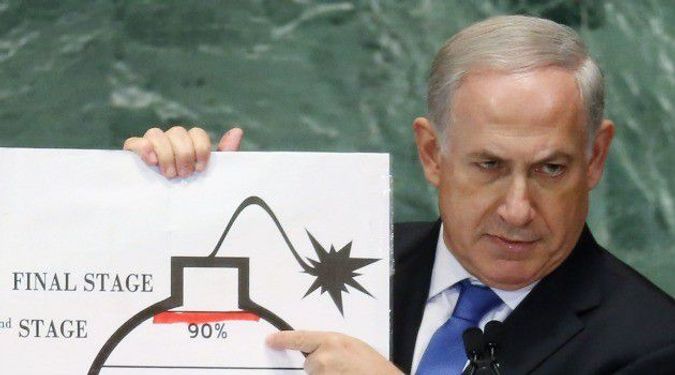 Israelis had warned of a string of specific weaknesses that would render the deal unenforceable. It would ignore Iran’s ballistic missile development. It would lack any mechanism for inspecting Iran’s military installations. It would bar interviews with Iranian nuclear scientists. It wouldn’t have Iran account for its suspicious past actions. It wouldn’t have a system for restoring sanctions if Iran broke the rules. None of that turns out to be true.

Examining the agreement’s details, there’s plenty that’s far from ideal. The procedure for inspectors to access undeclared sites where they suspect cheating, including military bases, is cumbersome and leaves Iran too much time to scrub the evidence. Sanctions aren’t lifted as quickly as critics had feared, but neither is the phase-out as conditional as it should be. The leeway for Iran to experiment with advanced centrifuges makes disturbing reading.

The most glaring gap, though, and the one that seems most alarming to Netanyahu, is its failure to do something it was never intended to do: turn Iran into a good global citizen. Get it to stop supporting terrorism and destabilizing its neighbors. Get it to stop threatening death to Israel.

That was the heart of the prime minister’s complaint when he addressed his Knesset caucus the day before the deal was completed. “Even this weekend,” Netanyahu told his colleagues, “while Iran was receiving more and more concessions from the powers at the negotiating table, Iranian President Rouhani was leading a hate march through the streets of Tehran, where crowds were shouting ‘Death to America!’ ‘Death to Israel!’”

And, in a barely disguised slap at Obama’s integrity, he continued: “If, even after those unequivocal calls for the destruction of the negotiators, the concessions continued, then apparently there is someone who is willing to make an agreement at any price, and there’s no way — and no desire — to prevent this bad agreement.”

Trouble is, the fact that Iran is a terror-supporting would-be hegemon with genocidal dreams is precisely the reason why it shouldn’t have an atom bomb. If it were a good citizen, none of this would have been necessary.

Netanyahu should know that. He was the one who stood before the U.N. General Assemby in September 2012 and brandished a cartoon bomb to show the urgency of the Iranian nuclear threat. Nothing, he insisted to the world, was more important. The clear implication was that everything else — Iran’s support for terrorism, destabilization of the region, abuses at home — was secondary. The nuclear threat magnified all those other challenges. Stopping the bomb would reduce them, make them less existential.

Make no mistake: Netanyahu’s relentless harping on the issue helped wake up the world to the danger. His military threats helped get Iran’s attention. His insistence helped force all sides to get serious and start talking. Some of the credit for the talks’ successful conclusion belongs to Netanyahu.

He’s in no mood to brag, though. Ever since direct U.S.-Iran talks began in 2013, he’s been on the warpath. America, he insists, should never have conceded Iran’s right to enrich uranium. Leaving Iran with centrifuges amounts to giving it a bomb.

And here we come to the essential core of the Netanyahu-Obama quarrel. In the end, the Israeli complaint isn’t about the details in the agreement, but rather a single, overarching issue. Israel wanted Iran’s entire nuclear capacity eliminated. That didn’t happen.

And in truth, it was never likely to happen. Iran insisted it’s entitled as a signer of the Nuclear Non-Proliferation Treaty to enrich uranium for civilian purposes, including research and medicine. It never showed any willingness to give up the machinery. Moreover, it had precedent to consider: Libya’s Muammar Qaddafi, who agreed to scrap his nuclear program and ended up deposed and assassinated, versus North Korea’s Kim Jong-il, who signed an agreement but cheated, built a bomb and died in bed. The lesson for Iran was obvious: Don’t fold without an insurance plan.

It’s the nature of diplomacy to end in compromise, not victory and defeat. But Netanyahu didn’t want compromise. He wanted victory — Iran without nukes.

Unfortunately, he never had a plan for getting there. If Israel were to attack Iran’s nuclear installations, as he sometimes threatens, Iran would rebuild within a year or two, this time with greater international legitimacy, having been itself attacked by a nuclear power. An American attack would only set Iran’s project back by three years or so. The current agreement sets it back by 15 years. Nobody has suggested a better solution.

The other idea is to keep up the sanctions until Iran cries uncle. If only Obama hadn’t offered compromise in 2013, it’s thought, growing pressure would have forced Iran to buckle. But facts on the ground show the opposite. While Iran was twisting under sanctions, it was racing toward bomb-readiness. In 2006, when the U.N. imposed its first sanctions, Iran had 164 centrifuges spinning. By 2013, when Obama offered compromise, it had 19,000. Sanctions made Obama’s offer of a compromise escape-hatch appealing. But the offer itself got Iran to stop enriching and start dealing.

What now? Sink the deal, tighten sanctions and hope Iran folds? That was unlikely when global anti-Iran solidarity was at its peak. Now it’s less so. Russia and China don’t have endless patience. They’d just as soon drop the whole thing already and return to business as usual. If Congress sank the deal and overrode an Obama veto, they’d jump off the train. And Iran would be bomb-ready in months.

The choice was never a nuclear Iran in 15 years or never. It was 15 years versus next year. The Vienna deal isn’t a one-sided victory or defeat for either side. Negotiated agreements never are.