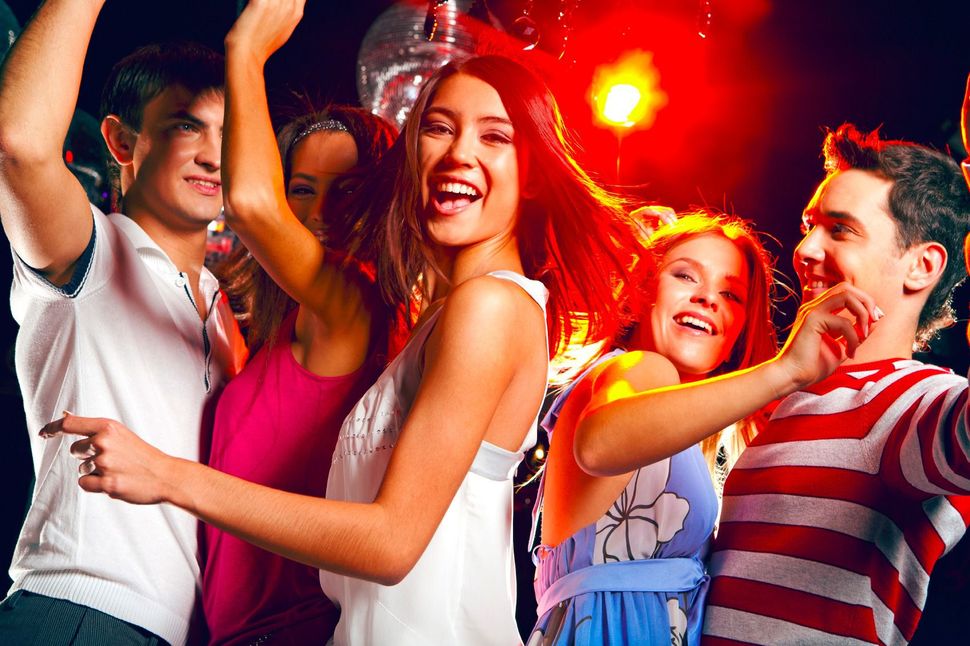 Tisha B’Av is one of Judaism’s two major fast days, but it’s mostly unfamiliar to American Jews. I saw this clearly when, in 2013, I served as Team Rabbi for the U.S. delegation to the World Maccabiah Games. Before the games, we took teams on a trip around Israel, and Tisha B’Av fell near the end of our weeklong program. Of the 800 young athletes on the U.S. team, just 15 were planning to fast. We made separate arrangements for them. The other 775 athletes went to spend the evening at a cluster of Bedouin tents, eating and dancing.

I’m observant, but I wanted to stay with the larger group — each moment I could spend with the athletes was precious. So I started my fast in surreal conditions, surrounded by hundreds of happy young Jewish adults, all sitting down to feast. In principal, I was observing the holiday, and they were violating its mandate to mourn. But in the context of modern Israel, it’s hard not to wonder if the opposite is true, and if the young athletes had it right.

The Book of Lamentations, which we read on Erev Tisha B’Av, begins with stark words: “Lonely sits the city once great with people.” The text tells the story not only of Israel in 586 BCE, when the First Temple was destroyed and we were exiled to Babylonia, but also of thousands of years of Jewish history: “Her enemies are now the masters, / Her foes are at ease because God has afflicted her.”

But the present reality of Israel couldn’t be more different. We are not exiled. Our enemies are not our masters. Our foes are not at ease. Instead, we have a powerful army. Jerusalem is a bustling, modern city full of life and vitality. The words of Lamentations contradicted the truth of my experience. Was I really supposed to ignore all that and fast and mourn and cry?

Talmudic scholar Moshe Benovitz, a former teacher of mine, has one of the most original — and important — responses to that question. Benovitz is a Zionist, and he celebrates Israel’s Independence Day, but he argues that Yom Haatzma’ut — a holiday created by Israel’s Knesset — is not the Jewish tradition’s way of celebrating our people’s return to our land. What is? Turning Tisha B’Av into a day of feasting and joy.

The prophet Zechariah predicted long ago that one day Israel’s fast days “will be for the house of Judah joy and gladness.” When? When Jews have sovereignty, as we do now! Because we have a State of our own, Benovitz even argues we are living in the messianic era.

Lying on the edge of the desert, alone, reading Lamentations and trying to make myself feel sad in order to experience the pain of Tisha B’Av, I started to wonder if these athletes — eating, dancing, celebrating their lives and their bodies — were capturing the spirit of Tisha B’Av better than I was. What could I learn from them about Tisha B’Av and about what Judaism should become?

It was appropriate to be confronting these questions near the start of the Maccabiah games, which have deep roots in Zionism. One of Zionism’s greatest goals was to rebuild the Jewish body. Through physical achievement, they imagined a rebirth of Judaism after millennia of oppression. Weren’t these young toned American Jewish athletes bumping and grinding to the disco beat on Erev Tisha B’av exactly what the early Zionists had hoped for?

I didn’t join in the dancing, but I could not begrudge the kids their fun. Yes, they ate (kosher!) meat and were dancing on a calamitous night for the Jewish people, when thousands of years ago, the Temple was destroyed, twice. But maybe, just maybe, they were closer to fulfilling Zechariah’s prophecy than I was.

So, why didn’t I join them? My loving and gentle critique is that their eating and dancing was not mindful rejoicing by people who knew it was Tisha B’Av and who celebrated in response to the glorious reality that surrounded them. Unfortunately, most of the athletes really had no idea that it was Tisha B’Av at all.

Part of the strength of Zionism was its willingness, even desire, to forget Jewish history. Forgetting a history of passivity and suffering may have helped Zionists summon the chutzpah to found the State of Israel. But forgetting history is also a weakness; Zionism sometimes entails so much forgetting of the Jewish past that we are too quickly left without roots. Our challenge is to create an approach to Judaism that is neither so tethered to the past that we deny the miracles unfolding before us, nor so disdainful of history that we forget our identity and the gift of an ancient tradition.

Could Tisha B’Av become a Jewish festival? Could Jews knowledgeable of Jewish history and dedicated to observance of God’s laws gather around the table on Erev Tisha B’Av, recall the suffering of our ancestors and, over a glass of wine and a sumptuous feast, recite blessings of thanks for returning us to our land? I don’t know. I have yet to find — or foster — a community within which to do so. I remain part of the Jewish community at large and continue to fast. Still, as Tisha B’av rolls around again this Saturday night, I wonder about what could be.

Daniel Greyber is rabbi of Beth El Synagogue in Durham, N.C. and the author of Faith Unravels: A Rabbi’s Struggle With Grief and God. An expanded version of this piece is available at his website.