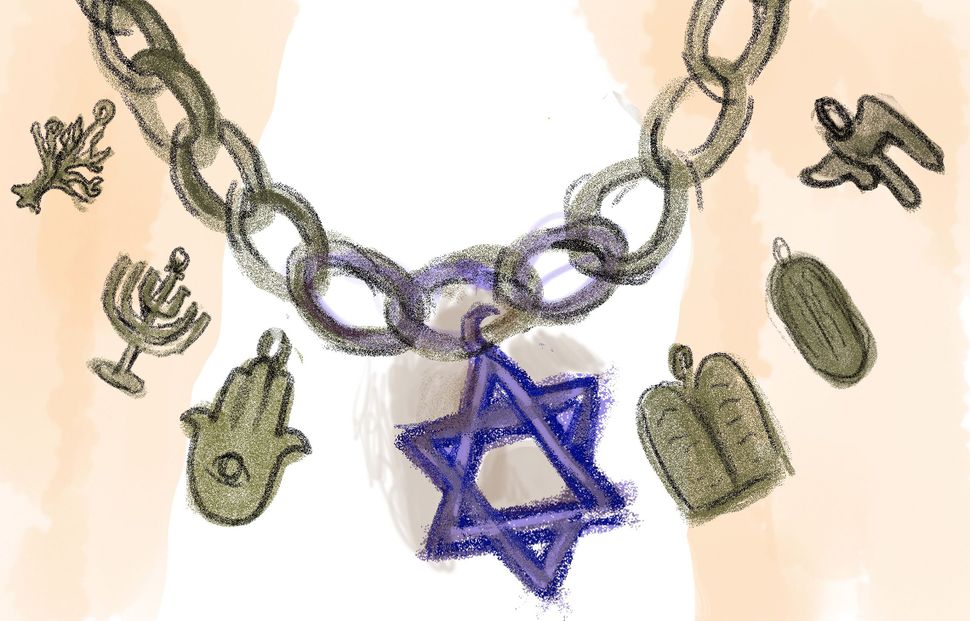 It’s about 3:15 in the morning and I’m awake at my laptop, poring over yet another online Judaica jewelry shop, looking at page after page of hamsa, tablet, menorah, chai, and mezuza pendants. I want something unique. Modern. Sleek. Something that screams “JEWISH” but also hasn’t been run into the ground over and over and over again.

This isn’t the first time I’ve conducted the search in the six years since I threw away my last chain — a funky hamsa that had the misfortune of being a relic of a past relationship — but this time, on this search, I’m only about three minutes in when I realize that I’ve had enough and that I’m tired of trying to find an unusual or different enough alternative.

I want my Magen David back. And it’s about time I reclaimed it.

See, I used to own one back when I was younger, about 6 or 7. A simple gold Star of David (or gold-plated, looking back at my parents’ finances with adult eyes). It was one of a matching trio I shared with my parents. Then, being 6 or 7, I lost it.

Once I hit college, I decided that I once again wanted a jewelry piece that screamed “JEWISH” at people, if only to cut down on the volleys of stupid questions that constantly flew my way. This was about the same time I eschewed the ornate but kufilike Bukharian kippot I wore all throughout high school and freshman year of college, in favor of the more “recognizable” beanie-cap kippot that covered a fraction of my head. And, as predicted, I was no longer asked if I was Muslim.

But when it came to jewelry, I was stymied.

The Star of David, my beloved Magen David, was a fine enough symbol for me, but it only seemed to scream “JEWISH” to onlookers when the wearer wasn’t anyone brown. After all, and Satan’s Disciples used it as a gang symbol. And, of course, there was the ever-present association with Hebrew Israelites, the “Jewish” corollary to the Nation of Islam, which I was decidedly and vehemently not. 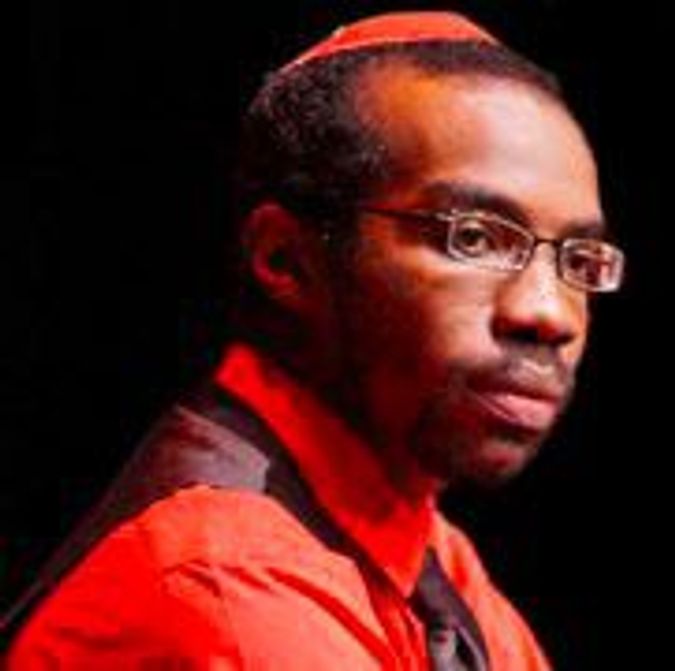 So I decided to look at chai pendants. I figured that would be safe. After all, who but a Jew would be wearing a pendant displaying the Hebrew word for life? Black Christians, that’s who. They seemed to love wearing chai pendants, too. Particularly Seventh Day Adventists. Oh, and also Hebrew Israelites. Again.

For a while I had stumbled onto a great alternative — the hamsa. It was undoubtedly Jewish, eye-catching, and unique. When I wore mine, it definitely screamed “JEWISH” in a way that the Magen David no longer did. And then the hamsa became popular. Particularly among Christians, who took to referring to it as the “Hand of Mary.”

And so I was out in the cold again.

Menorahs were too girly.

Tablets were too obvious.

Dog tags were too militaristic.

And let’s not even get into the kabbalistic Tree of Life I tried wearing for a while. My wife brought it back from Israel, and I wore it dutifully until it started irritating my skin. But it wasn’t filling that Magen David-shaped void I felt. Not even the hamsa-shaped one, actually.

But you know what? I’m done surrendering. I don’t want a hamsa, or a mezuza, or tablets, or a menorah, or a chai, or dog tags. I want a Magen David. I want my Magen David. Because it’s mine. Legitimately. Culturally. Religiously. Screw the onlookers and their assumptions.

And now the search begins again.

MaNishtana is the pseudonym of Shais Rishon, an Orthodox African-American Jewish blogger, editor-at-large at JN Magazine, and author of “Thoughts From A Unicorn” and “Fine, thanks. How are YOU, Jewish?” Follow him on Twitter @MaNishtana.