Mourning the Headlines on Tisha B’Av 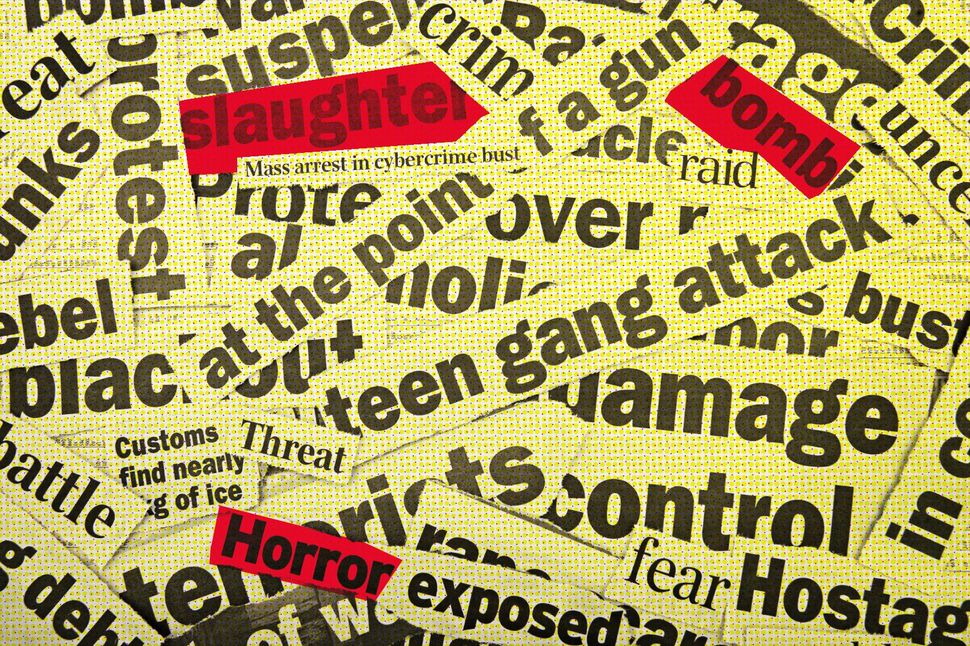 No deodorant in July?

But Tisha B’Av demands it.

The 25-hour fast to mark the destruction of the two Temples (along with the other catastrophes included in this day of mourning) demands that we abstain from food, sex, leather shoes, studying Torah, greeting people, idle chatter, leisure activities, or “anointing” ourselves.

No anointment means no perfume, deodorant or sunblock.

Which all adds up to a challenge at the height of summer.

This year, Tisha B’Av (the ninth of the Hebrew month, Av) falls on Sunday, and this marathon fast — the longest abstention besides Yom Kippur — does not make the Top Ten List of Jewish Holidays.

But Hauptman loves the music that’s played on the holiday’s eve, and the power of the traditional reading — the Book of Lamentations known as “Eichah” (meaning “How”) — which recounts the Temples’ destruction and which had an eerie power when she heard it a child at Jewish summer camp in the Poconos.

The counselors went out on a floating dock at night and set afire the Hebrew letters of Eichah so that campers gathered on a hilltop could watch the word burn. “It was the most dramatic, beautiful, inspirational thing ever,” Hauptman says. “And then they would get on the P.A. system and read these chapters from the book of Jeremiah, which were all about predictions of the destruction and so on….It was like the most riveting ghost story. They really brought Tisha B’Av home to us. Not in a purely intellectual way, but in this emotional way.”

Maybe because my childhood lacked that dramatic lake tableau (at my summer camp I learned to tie-dye and weave on a loom,) it’s hard to find an emotional hook for me.

Maybe it’s because Tisha B’Av is about the destruction of two ancient buildings, one in 586 BCE, the second in 70 CE, neither of which get my blood racing. The Judaism I know and care about isn’t based on a building, especially one that, I’ve now learned, had a corrupt caste system of high priests and exploited masses.

Maybe I’m disconnected from Tisha B’Av because the tragedies that have been tacked on by the rabbis include the expulsion of the Jews from England (1290) and from Spain (1492) — not exactly personal touchstones.

Or maybe I’m detached because I simply like to eat and this is already the sixth fast this year.

But then something does tug at the heart: when Rabbi Hauptman describes Tisha B’Av as an opportunity to grieve together. “This holiday is kind of a collective shiva,” she says. “We’re mourning the many tragedies of the Jewish people.”

That pulls me up short. I’ve been keenly aware this year — perhaps more than ever before — of our precarious civility, not to mention humanity.

I think about the Paris kosher market in January.

The Copenhagen shooting in the Great Synagogue in February.

Anti-Semitic graffiti in London in June.

I’m not paranoid these days, but I’m rattled. The ground has shifted.

“This has been a very bad year for the Jewish people,” says Hauptman. “If there were any time when Tisha B’Av should strike home, it would be this year. We’ve had Jews killed just because they were Jews, swastikas painted, attacks of all sorts. So yes, the Jewish community has to come together as Jews. Just for solidarity.”

So this coming Sunday, I plan to focus on the places where there has been pain and loss — too many to recount, too many in the recent headlines.

What I won’t be doing Sunday, however, is focusing on myself.

Hauptman says the holiday is not for reflecting upon sad events in one’s own life. “When I hear a rabbi suggest we all talk about our own personal tragedies on Tisha B’Av, it drives me berserk,” she says. “We’re pulling together as a Jewish community to mourn our common tragedies that befell us as the Jewish people. It’s not about my personal journey from sadness to happiness. That’s totally missing the point. We celebrate together and we mourn together. It’s a lot harder to mourn together. I don’t deny that.”

It’s a lot harder to mourn together.

I saw that on Yom HaShoah, when we were supposed to pause communally to honor the victims of the Holocaust, but so few Jews in New York marked it. Several told me that choosing one holiday to acknowledge this cataclysm feels insufficient and trivializing. Others said they wouldn’t know where to begin to dignify the horror.

I saw the same discomfort on Yom HaZikaron, when many American Jews skipped the remembrance for Israel’s fallen soldiers. Or seemed unaware of it. I don’t blame them; but after this holiday expedition, I do think it was an opportunity missed — to jointly honor the sacrifice.

On Sunday, I’ll swear off the deodorant and do my share of mourning.

Maybe that’s the work of this holiday: to get communal sorrow on the calendar. To stop, intentionally, in the brightest possible sunlight to remember darkness.

And I’ll be honoring survival. Because we Jews survived the Temples’ destruction, the crusades, the pogroms, the Holocaust, the intifada, and the kosher market.

I see why the words of Medieval Spanish poet Yehuda ha Levi — written about the fall of Jerusalem — are often shared on Tisha B’Av:

The flocks of your throngs who were scattered and exiled From hill unto mountain still remember your borders; To your garments’ fringes they’re yet holding fast…

Mourning the Headlines on Tisha B’Av