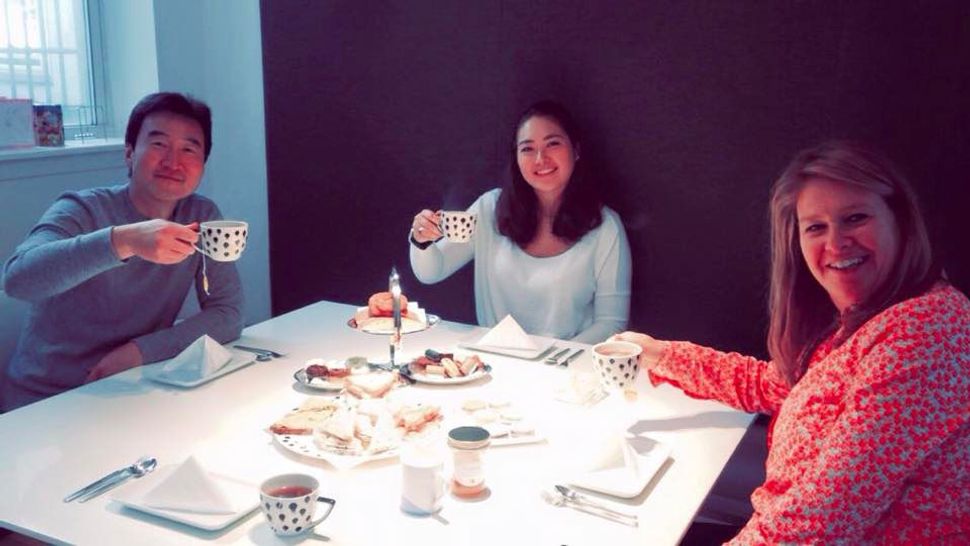 Image by Courtesy of Samantha Yi

When I was young they called me the mayor of the park. I would make my rounds of the local park every day — first to chat with an 80-year-old tanning on his beach chair, then to check in with our crew of Trinidadian babysitters, and finally to boss around the park kids. I loved to talk to everyone, loved being known in every circle. I’ve been told that my zayde was the same way.

My zayde — my mom’s dad — was a Holocaust survivor. As a young boy he lived in the woods in Poland for months before ending up in a displaced persons camp. At the same time, my grandpa — my dad’s dad — was taken from his village in Korea by the Japanese. They forced him to train as a mechanic to build Kamikaze planes. It’s a miracle that either of my grandfathers survived.

Almost as miraculous is how far their families have come in the following half-century.

My parents grew up in typical middle-class families — my mom just outside Boston, my dad on the North Side of Chicago. They were both part of communities tied together by religion or by ethnicity. My grandfathers had experienced oppression because of their identity, so it was critical to support the continuation of that identity through their children.

My childhood was just a little bit different. We lived in what was considered a haven for mixed families: Brooklyn. I grew up on matzo ball soup and kimchi. Come December I celebrated Hanukkah and Christmas. I attended the bar and bat mitzvahs of friends who have Jewish mothers and Asian fathers, just like I do. I never considered that it was unusual to be a Korean Jew. In fact, at 3 years old I would gladly tell people that I wanted to become a rabbi when I grew up.

I didn’t worry about being half-Asian until it came time to apply to college. Suddenly I was made acutely aware of the “model minority” myth. Article after article came out describing the overrepresentation of Asians, particularly Korean Americans, in higher education. In 2013, East Asians accounted for more than 30% of the student body at Harvard, despite making up only 4.5% of America’s population according to that year’s census. As a result, Asian students were seeing their chance of getting into college fall behind not just that of black and Latino students, but of white students, too.

What’s more, Asians were being labeled as uncreative — math oriented, but linguistically and socially challenged. I resented this stereotype not so much because it was racist, but because I felt it limited me personally. I didn’t feel Asian. I felt Jewish. Even after my dream of being a rabbi had died, I moved onto cantor and then quickly to Broadway actress. I would sing songs and make up skits and perform them for friends and family. This did not fit with being Asian. I was a mini Barbra Streisand, a Fran Drescher — the quiet, nerdy math student was as far from me as I could imagine. 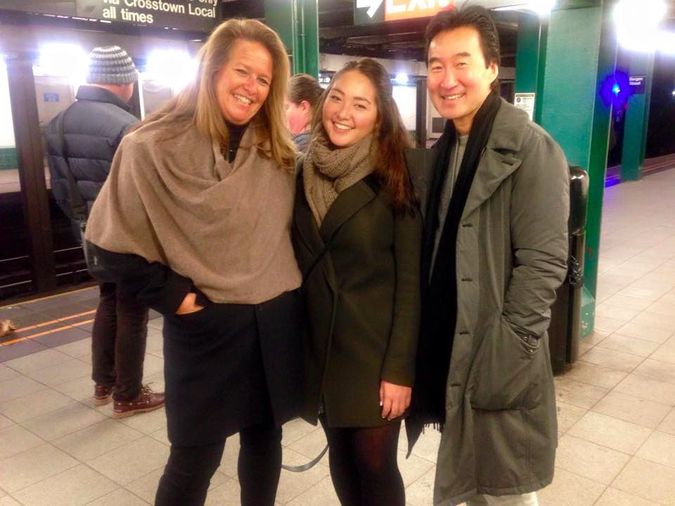 Image by Courtesy of Samantha Yi

Meanwhile, I pondered the fact that only 100 years earlier, Jews were being denied a Harvard education as the result of an official quota. But today, little fuss is made about the overrepresentation of Jews in higher education. About 23% of the students at my alma mater, Northwestern University, were Jewish in 2013. Yet, self-identified Jews make up only 1.7% of the U.S. population, according to the American Jewish Year Book.

I didn’t find a simple answer to that immense question, but I did realize that even as a double minority, I enjoy a lot of privilege. After all, I had a childhood that could be described as nothing short of blessed: loving parents, an accepting community and a first-rate education. In the end, Northwestern University accepted me under early decision. So is it really fair for me to complain about the model minority myth?

I also realized that I don’t actually want to be “just American.” Straddling the border between Jewish and Korean, between being privileged and being discriminated against, grants me the opportunity to make a difference for others who are truly limited by their religion or race.

The process of self-identifying is never-ending, but at the end of the day, being “mixed” drives me to readily seek out and accept differing perspectives and experiences. I have the ability to bridge the gaps between groups and to become a mayor beyond the park — someone who learns to bring together the different parts of herself, and hopefully to bring together whole communities as well.

Samantha Yi grew up in Brooklyn, graduated from Northwestern University with a B.A. in Social Policy, and currently works for the CEO of the Chicago Community Trust.