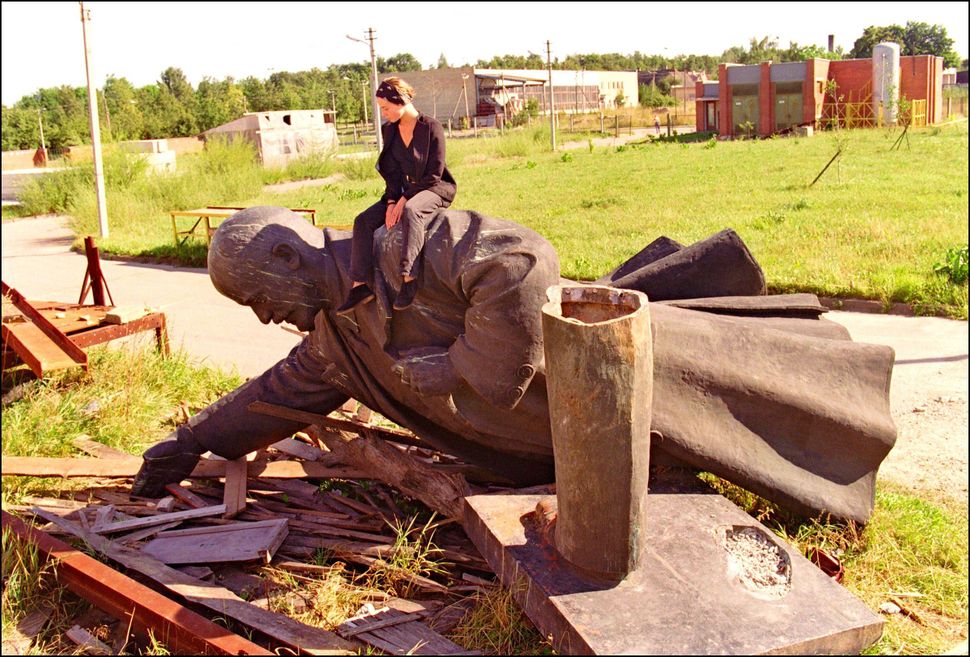 With horror, I read recently about the Lithuanian state’s attempt to hide its history of Nazi collaboration — by accusing Jewish partisans who fought against the Germans (and their Lithuanian collaborators) of ill-defined, ill-documented “war crimes.”](http://www.slate.com/articles/news_and_politics/history/2015/07/lithuania_and_nazis_the_country_wants_to_forget_its_collaborationist_past.html?wpsrc=sh_all_dt_tw_top “”) It’s not the first time such an effort has been made, but it’s still maddening to read the charges brought against the [now-elderly heroes of Lithuanian Jewry.

As the grandson of a Holocaust survivor and nephew of a victim, I was offended: here were folks fighting in self-defense against murderous invaders, and you try them! But as someone who had been to Lithuania, studied Lithuanian history, and continues to navigate Lithuania’s labyrinthine bureaucracy, I also knew there was a reason for this sickening development. Lithuania’s government and its nationalists have something to prove.

A bit of background: Lithuania’s Jewish community was decimated during the Holocaust, with 94% of the country’s 250,000-strong Jewish population by the Nazis and their collaborators. What was once a vibrant center of Ashkenazi Jewry was nearly totally destroyed. During this massacre, however, many Jews joined the partisans — guerilla fighters who opposed the Nazis and, sometimes, the Soviets who occupied Lithuania before and after the Nazi assault. In other countries, Jewish partisans are better remembered — Serbia and Poland both celebrate the actions of their freedom fighters. In Lithuania, it’s another story.

The Lithuanian state and media claim that a “Double Genocide” took place in their country. First there was the Nazi genocide of the Jews, then a Soviet genocide of the Lithuanians. What the Soviet occupation wreaked on Lithuania was tragic indeed — my grandmother remembered seeing deportations firsthand. But this narrative, as noted in the Forward before, is often used in Lithuania to indicate that the “real” tragedy was what happened under the Soviets — not under the Nazis. Why? Because though there were Lithuanian collaborators with the Soviets, Lithuanian collaboration with the Nazis was far more commonplace — and in today’s nationalist atmosphere, the Lithuanian government is eager to cover that up. They don’t want us focusing on the fact that many Jews were gleefully brought to their murderers by their Lithuanian neighbors, who also murdered many Jews themselves. 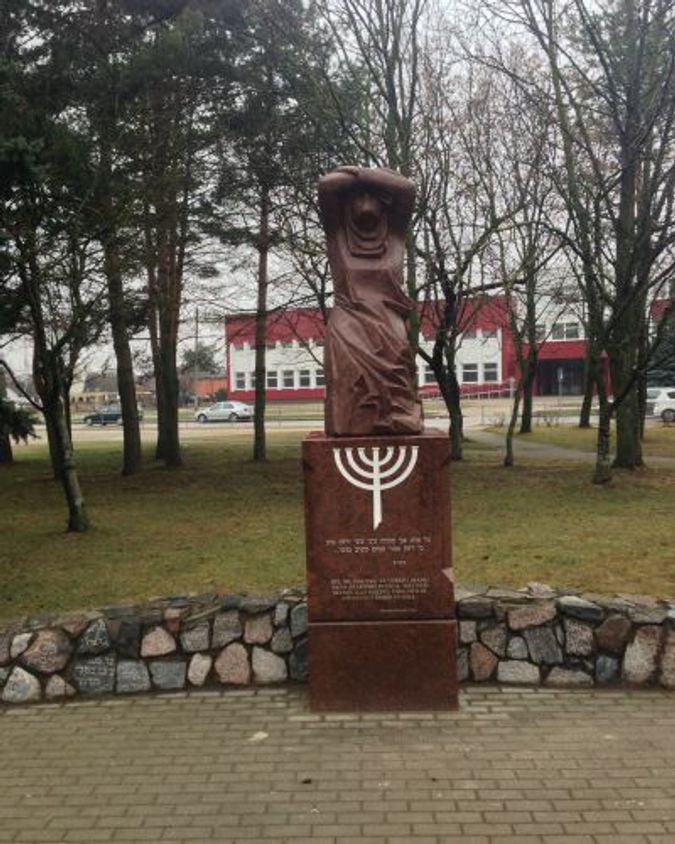 A memorial for the Holocaust dead of Panevėžys/Ponevezh, located above the town’s former Jewish cemetery. Image by Jonathan Paul Katz

Lithuanian nationalism presents the narrative of an ever-suffering, ever-correct, ever-victimized people, finally “free” in a modern, European nation state. This is the narrative taught in Lithuanian schools, the idea of history heard on the streets, the story told by Lithuanian diplomats to foreign audiences. But the question of what happened to Lithuanian Jewry reveals this narrative to be, well, rather inaccurate.

As a result, Lithuanian public history is fraught today. On the one hand, there is a public commitment to the commemoration of the Holocaust: bilingual Lithuanian-Yiddish memorial plaques are scattered across Vilnius streets, and the country has a growing Jewish tourism industry. On the other hand, the idea of the “Double Genocide” holds great sway in Lithuanian society, and depictions of Jews in the media are regularly anti-Semitic. More urgently, there is an erasure of what happened to Jews in Lithuania — and at whose hands so many of them died.

I wrote about the erasure I saw in Lithuania for New Voices Magazine this past April. What I neglected to mention there was the widespread nature of a certain innocent nationalism in Lithuania. It seemed that so many saw Lithuanians as ideal victims or as perfect victims — how could they collaborate with the Nazis? Compounding this perception was the fact that the very memory of Jews outside central Vilnius was forgotten. Lithuania’s Holocaust museums in Vilnius and Kaunas are out of the way, but memorials for the victims of Stalin’s oppression stand center stage. This trial, to me, is part of this erasure: it allows for Lithuanians to be pure victims once again.

To confront the Holocaust is to confront the fact that “Lithuanians,” imperfectly defined, were not perfect victims. And this, in Lithuania today, is risky. What are the consequences for a society to admit responsibility? It may require an entire reevaluation of the story Lithuania tells about itself, and the very meaning of Lithuanian nationalism today. But as far as we Jews are concerned, the task of commemorating the Holocaust is not yet finished, so long as this nationalist mindset — which blames victims for self-defense — has such power.

This story is not uniquely Lithuanian. Pure victim nationalism is stunningly common across Europe, be it in Norway, where social problems are drowned in an idea of essential national goodness, or in Romania, where a similar erasure of the role locals played in the fate of the country’s Jews and Roma takes place. Even we Jews have been known to do it: Witness the efforts of many right-wing organizations in our community to prevent any discussion of the fate of Palestinians from 1948 onwards. But this tendency does not preclude our need to loudly protest the erasure of Lithuanian Jewish history — and the disgusting blame on liberators that substitutes for a much-needed reevaluation of national narratives.