Israel was stunned last week by a pair of violent attacks, both apparently perpetrated by Jewish extremists, just hours apart, that seemed to suggest a country teetering on a precipice, threatened with a wave of Jewish religious violence.

It may indeed be on that precipice, but not in the way it appears at first glance.

The two incidents, which captured international attention, were the stabbing of six marchers during Jerusalem’s gay pride parade by an Orthodox man on Thursday afternoon; and the deadly firebombing of a Palestinian home in the tiny West Bank village of Duma in early hours of Friday morning, apparently by Jewish militants from a nearby settlement. The West Bank arson attack killed an 18-month-old toddler and left his 4-year-old brother and parents gravely wounded. 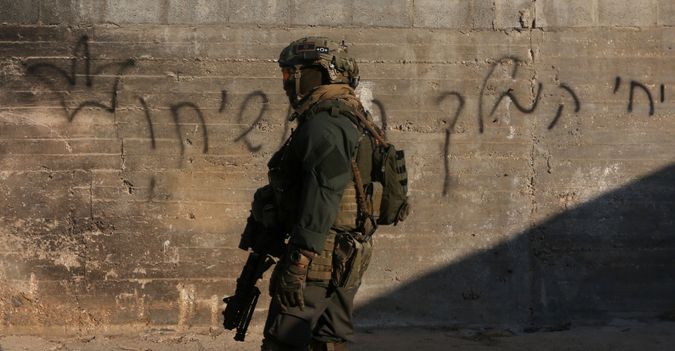 At first glance the two incidents might look similar. Both are believed to be the work of extremist Orthodox Jews. Both appeared motivated by hostility toward an out-group, gays and Palestinians. Both are relatively rare instances of Jewish extremist attacks turning to lethal or near-lethal violence.

But there the similarity ends. The suspect in the gay parade stabbing, Yishai Schlissel, is a self-appointed anti-gay vigilante who was known to the police — in fact, he’d just been released from prison a month earlier after serving 10 years for a nearly identical attack in 2005. He’s a member of Jerusalem’s Haredi or ultra-Orthodox community, which generally rejects Zionist nationalism. Most Haredi Jews believe Israel is not the promised Jewish commonwealth because the ancient kingdom can’t be restored until God sends the messiah.

The West Bank arson is believed by authorities to be the work of a group of religious nationalist militants from a nearby Jewish settlement. The settler movement historically grew out of the religious wing of Zionism, which takes the opposite view from Haredim: It holds that the founding of modern Israel is itself evidence that the era of messianic redemption is either underway or imminent.

The West Bank arson comes at a time when incidents of settler unrest are very much in the Israeli headlines, heightening the sense of crisis. On Wednesday, July 22, two brothers ages 19 and 21 from the large urban settlement of Beitar Illit, south of Jerusalem, were sentenced for the torching last November of a progressive Jewish-Arab school in the capital. They were members of a far-right organization, Lehava (a Hebrew acronym for Stop Assimilation in the Holy Land), founded by a former aide to the late Meir Kahane, which aims to prevent marriage, dating and fraternization between Jews and Arabs. The brothers were sentenced to two and two-and-a-half years, prompting protests from parents and school officials that the sentence was too lenient.

Then, on Monday, July 27, five youths were indicted in the June 17 torching of a Catholic church on the shores of the Sea of Galilee, the Church of the Multiplication of Fish and Loaves, built on the spot where Jesus is traditionally believed to have performed the miracle of fish and loaves. The suspects are described as members of the hilltop youth, a loose network of young settlers who gravitate toward illegal West Bank settlement outposts. They tend to reject authority, including the mainstream settler movement leadership, and typically follow a syncretic philosophy combining religious Orthodoxy, far-right politics and new-age environmentalism.

According to the Shin Bet security service, the five suspects belong to a secretive organization that espouses direct action, including torching churches and mosques, in order to “overturn the government and bring about messianic redemption.” The suspects’ attorney is Itamar Ben-Gvir, another prominent former follower of Meir Kahane who’s more recently been active in a far-right political party, Yachad, that failed to pass the threshold for entry into the current Knesset.

That same Monday night, July 27, rioting broke out at the settlement of Beit El, considered the flagship of the ideological settler movement, as the army moved in to secure two illegal buildings slated for demolition. The apartment buildings were built without permits on land claimed as private property by a Palestinian farmer. The Israeli supreme court had ruled in favor of the farmer after lengthy proceedings that go back to 2012, and gave the army until Thursday to complete the demolition.

Protests against the demolition drew hundreds of settlers from across the West Bank. They continued sporadically for two days, with protesters throwing stones, chairs and garbage at the troops, ending only on Wednesday morning when army brought in heavy equipment and completed the demolition.

Groups of right-wing Knesset members and at least four government ministers from the Likud and the settler-based Jewish Home party came to Beit El on Tuesday to add their voices to the protest.

Ironically, the Knesset had given final approval just a week earlier to a new law imposing draconian new punishment for Palestinians arrested for stone-throwing. Apparently it doesn’t apply to Jews doing the same thing.

Emotions surrounding the Beit El disturbances were heightened by the fact that they took place on the 10th anniversary of the disengagement from Gaza, which has remained an emotional flashpoint for settlers and their supporters ever since. One group of some 250 Israelis marked the anniversary by barricading themselves at Sa-Nur, one of the four northern West Bank settlements evacuated along with Gaza in 2005. They held out for two days before being forcibly removed by troops.

Against this background, authorities and observers were advancing several theories as to the motives of the arsonists at Duma village. Some said it was a price-tag attack, typically an act of vandalism in which settler militants respond to Israeli law enforcement actions against settler extremists with acts of vandalism against Palestinian villages. The logic may not be dissimilar to jihadi groups in Gaza that respond to Hamas disciplinary crackdowns by firing rockets at Israel. In this case, it could have been a “price tag” response to the demolition at Beit El.

It’s unusual, however, for a price tag attack to include violence against persons. If this was a price tag attack — and if the attackers knew there were people in the second building and deliberately aimed to harm them — it could represent an escalation in tactics, perhaps due to the heightened emotions surrounding the Gaza anniversary. Could the price-tag movement be turning more deadly? It’s too soon to tell.

Moreover, price tag attacks typically leave behind graffiti with the words “price tag” or tag mechir on the wall. This time the attackers left behind graffiti that said “revenge.” That’s led some sources to speculate that the attackers were from the settlement of Shiloh, just west of Duma village, where Palestinian terrorists murdered a resident, Malachi Moshe Rosenfeld, in a roadside ambush exactly 30 days before the arson attack.

But one other phrase was daubed on the wall at Duma, that’s been largely overlooked. The attackers wrote the words “Yechi Hamelech Hamashiach” — “long live the king Messiah.” It’s the motto of the messianist wing of the Chabad-Lubavitch Hasidic movement, which believes that the late grand rabbi of Lubavitch, Menachem Mendel Schneerson, who died in 1994, is the messiah and will return to rebuild the ancient kingdom and redeem the world.

Chabad-Lubavitch, unlike virtually every other Hasidic or Haredi sect, supports West Bank settlement and opposes territorial compromise with the Palestinians. Members of the messianist wing have been involved at times with various settler extremist groups.

The arsonists who torched the Church of the Multiplication left graffiti, too. It read: “Elilim karot yikaretun” — “The false gods will surely be uprooted.” That’s a quote from the Aleinu prayer, an ancient messianist text read at the end of every synagogue service, which expresses a yearning “to see speedily” the day of divine redemption, when all humankind will accept the sovereignty of the God of Israel — that is, the messianic era.

Is it significant that the arsonists in two attacks inside two months both left behind graffiti announcing the arrival of the messianic age? Maybe — and maybe not.

It could be, as some observers speculate, that the Duma arsonists were from Shiloh and were seeking to avenge the June murder of Malachi Rosenfeld. It’s also possible that they come from another settlement in that area just south of Nablus. Three of the West Bank’s most militant settlements are in that immediate area, including Itamar, which is home to the Od Yosef Chai yeshiva, headed by a leading Chabad messianist rabbi, Yitzhak Ginsburgh; Kfar Tapuach, a stronghold of the Kahanist movement; and Yitzhar, a stronghold of the Bratslav Hasidism that’s popular among hilltop youth, known for following a rebbe or grand rabbi, Rabbi Nachman of Bratslav, who died in 1810 and had no successor.

It’s possible that none of that is relevant, and that these are merely the latest in a series of occasional outbursts by hotheads at the undisciplined edge of the settler community. It’s also possible that there’s a convergence underway on the radical, messianist fringes of the three movements. It’s been noted in recent years, mostly but not only in jest, that the three movements — Chabad, Bratslav and Kahanist — are all led by dead rebbes who aren’t around to discipline their more eccentric followers.

There are few true believers truer than those who continue faithfully following their beloved leader even in death. And there are few moments in history more volatile, and more vulnerable to the blind passions of messianists, than moments when the air all around is filled with talk of apocalypse and end times. The more the popular mood leans toward apocalyptic hysteria, the more the messianist true believers at the fringes will take it upon themselves to take action and bring the end times closer.

Israel’s leadership often complains that loose, hatelful talk by Palestinian leaders, beginning at the top with Mahmoud Abbas, bears responsibility for inciting terrorist violence on the ground. It might be time to look in the mirror.