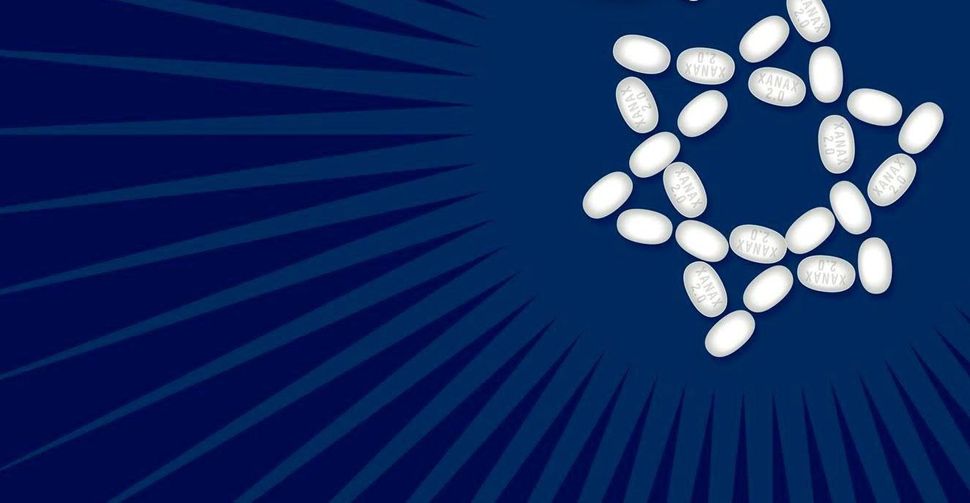 The angst some American Jews feel over Jewish identity is captured beautifully in . As the outgoing opinion editor for the only national Jewish newspaper, he’s certainly had his ear to the ground. But it’s a very specific section of the ground: those who bother reading and debating in Jewish newspapers.

I know those folks. I work regularly with synagogue leaders, Jewish clergy, and others at Jewish communal organizations, and don’t disagree with the description of a “gut-churning, fraught, panicked and uncomfortable state…. of not really knowing anymore what it means to be a Jew.”

But that’s not how I feel. And I don’t think it describes how the majority of American Jews feel. Perhaps it’s just the majority of the 30% who are deeply engaged in the organized Jewish community.

Beckerman, having grown up in a self-described “Israeli bubble” at arm’s length from American Jewry, writes that he is “comfortable in my skin because there is nothing else I can be. There is no other identity to assimilate to.” For me — and I’d argue for a majority of American Jews — we’re also comfortable in our skin, because of the identity we’re evolving (not assimilating) to.

Having a foot in both worlds, I can understand why that sentiment is deeply unsettling for people whose Jewish identity defines them. And it’s not to say that “angst,” as in the “Portnoy’s Complaint,” twice-weekly-therapy angst, is not still part of the American Jewish psyche. It’s just that the angst is not about what kind of Jew we are.

It is a misunderstanding on the part of those inside the organized community to describe what’s happening to most American Jews as assimilation. Assimilation means blending into the larger culture beyond recognition. But our larger culture appreciates uniqueness and individual differentiation. There’s no longer a choice to be made between “Jewish” and “American.”

The choice to be made now is based on relevancy. Why would I spend my Saturday mornings in a synagogue, versus running in a park or grocery shopping or entertaining my kids in a thousand possible ways? If those synagogue services are the stultifying ones I grew up with, in a room full of strangers who remain strangers despite years of being in the same room together weekly, I wouldn’t. If those synagogue services are spiritually uplifting, with people I actually care about, there’s a chance.

Jewish prayer, ritual, cultural expression, giving to Jewish causes, supporting Israel…these are things “Just Jews” like me still do, at times, to varying degrees, but not out of blind obligation. Too much of our organized community still operates on the “that’s what Jews are supposed to do” auto-pilot rather than articulating the meaning for people, answering the “Why do it?”

If aspects of Judaism or Jewish community can improve my life, improve the lives of my children, and/or help me make the world a better place, then I’m in. Otherwise, all of the other arguments — survival! continuity! God says so! — push me away.

There is an absurdity to the fear that our grandchildren’s Judaism will look different than ours. Of course it will! I’ve asked rooms full of Jewish communal insiders — the 30%ers — how many of them express their Jewish identity exactly as their grandparents did. I’m averaging one hand raised out of every hundred. So why are we trying so desperately to calcify our version?

American Jewry is not assimilating into some “other identity” like Protestant. The overwhelming majority of born Jews are still Jewish, even those of us married to Protestants. There is another identity that we’re helping to shape — universalism — and that is indeed a threat to legacy institutions that demand Jewish tribal loyalty (lately rebranded “peoplehood”).

Our communal narrative rarely mentions, let alone celebrates, the incredible mixing and blending that’s happening in our country, and how that’s a positive thing — and how intermarried Jews are helping to lead the way on it. The vision of a peaceful world in which people nevertheless keep to their own kind has failed repeatedly. That so many American Jews have redefined their understanding of tribalism, even though it’s imbued throughout our history, is, to me, yet another great Jewish innovation.

The organized Jewish community’s initial reaction to this grand mash-up was rejection and closing of ranks. But that didn’t work, so that too is evolving. The question now is: What’s next? To get past the angst that so many insiders experience, I propose focusing on the meaning.

Some things will be lost and some gained. My own Jewish identity does not include involvement in the labor bund or fluency in Yiddish, as my grandparents’ Judaism did. If people find this thing called Jewish/Judaism of value, then they will continue to do it. And if it’s not of value, how deeply should its loss be mourned?

If it is of value, though, how do we share that value with people regardless of whether they’ve got four Jewish grandparents or one, or none? The notion that Judaism flows through our blood or resides in our genes won’t work moving forward. This is about conveying a wisdom tradition, or ritual practice, or affinity group, or social justice movement, into which people may flow from any background.

If the organized community puts the focus back on the work itself, providing meaning and improving lives, rather than obsessing over who’s doing it and what their Jewish genetic bona fides are, it would go a long way toward engaging more “Just Jews” like me in those organizations.