What It’s Like To Be a Black, Gay, Professional Jew 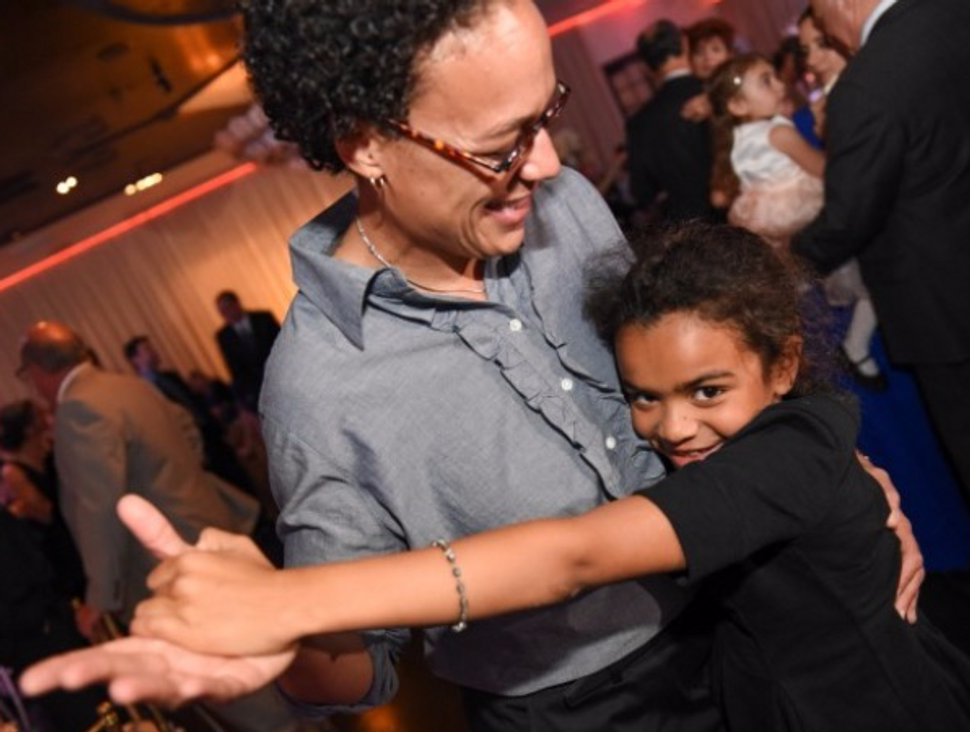 Image by Courtesy of Ilana Kaufman

I feel like I’m about as square as can be. And yet, I understand that the gestalt of Jewish, gay, black, community-leader-me is simply unmetabolizable to some Jews. The package in which I exist defies the physics of some mainstream Jewish community assumptions — even among those who share the history of oppression.

But what I also know is that relatively little of the contemporary Jewish world looks like the one found in the mainstream Jewish narrative. Did Tevye the Dairyman ever imagine that No — but that’s the reality of the Jewish population today. Turns out “Traditioooon! Tradition!” leads to assumptions!

Not too long ago, I was invited to a work event held in a condo perched high above San Francisco’s Castro Street with views of the rainbow crosswalks and freedom flags below. We were gathering to bring together leaders of San Francisco’s LGBTQI Jewish community. When I arrived I was introduced around the room. There was the guy with the amazing, geometric red glasses who was excited to meet me. As we finished our brief conversation and I pivoted toward the next person, he said, “Keep writing,” referring to my pieces about Jews of color. I smiled, feeling seen as a valued community professional.

Off to the other side of the room, I was introduced to a board member of an esteemed Jewish community organization. We exchanged warm pleasantries during which I learned that he is related to a dear colleague and friend. He mentioned how much he appreciated a Dvar Torah I wrote last spring. He then said: “Girl, you know Torah.” I blushed.

We ended our introduction tour with a stop in front of a nationally regarded attorney who worked at the forefront of LGBT (there was no Q or I when he began) rights movement. He greeted me with the requisite pleasantries, and then introduced me to his husband, who was clearly confused by everything about this moment of introduction. His husband looked at me. Scanned me up and down. And then furrowed his brow in an I-am-examining-a-specimen kind of way. The famous attorney’s husband, a queer rights pioneer, then proceeded to reach for and touch my curls. After several painfully awkward moments he said, “Nice to meet you. I like your hair. It’s very interesting.” And then he asked if I had a husband, and went on to wonder aloud when I became Jewish.

It’s funny (in the peculiar, odd, ironic way): This guy, an esteemed queer civil rights beacon, was disabled from understanding anything about me, from seeing me as a member of the Tribe, because I short-circuited his assumptions-based internal wiring. In his mind, I did not qualify as a Jew. Or as a community leader. Or even as a queer. In this man’s world, normative culture includes white, Jewish, queer men. How lucky for them. How lucky for him. 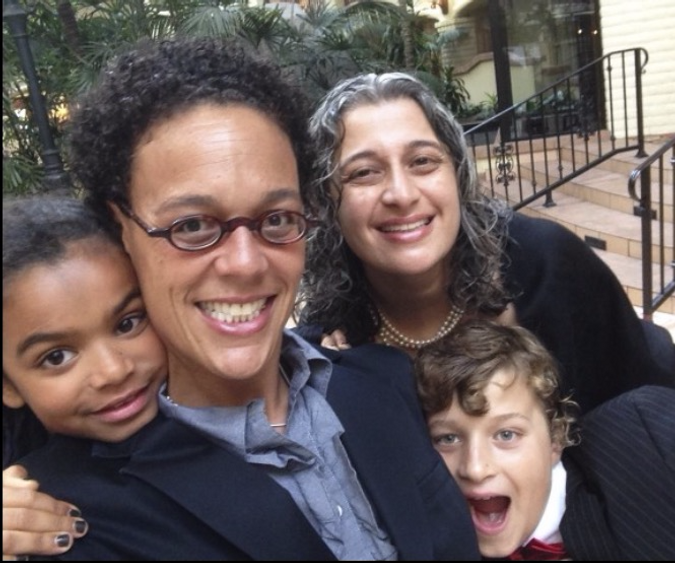 But Jews like me — black Jews, Jewish women of color, brown and black Jewish leaders — are so unrecognizable that the most he could do to connect with me was to objectify, marvel and violate (yes — touching my hair is a violation). And one of the greatest ironies is that his presumptuous disposition coupled with my identity qualities resulted in his inability to detect the very “traditional” Jew right in front of him.

I’m about as mainstream as we come. My family lights Sabbath candles and belongs to a synagogue. My daughter goes to religious school and Jewish summer camp. I even grow etrogs in my backyard. My community is mostly Jewish — and many, many are black like me. 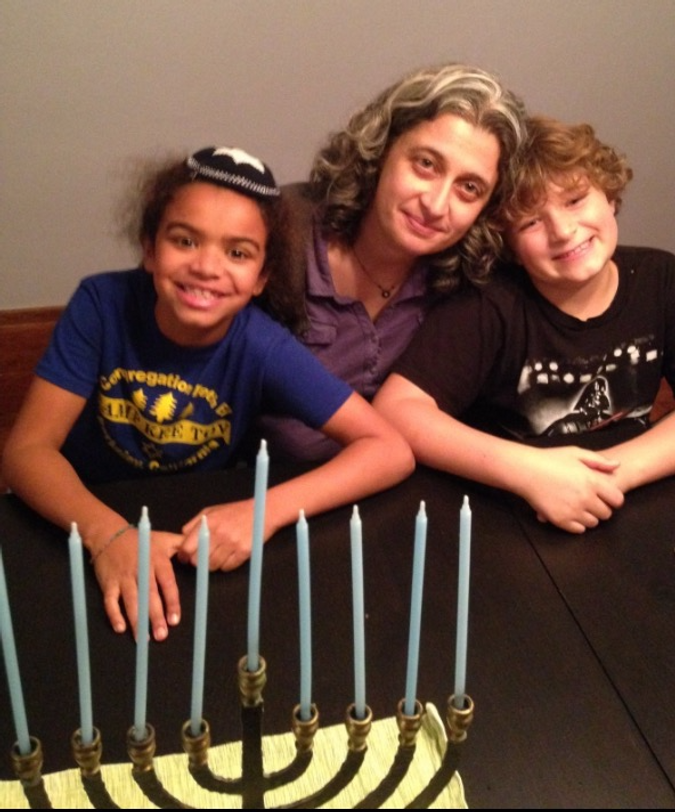 Image by Courtesy of Ilana Kaufman

I’m still grossed out by that man who touched my hair. I also upcycle those feelings into action. I am a Jewish community leader. I am an activist. Ambassador. Diplomat. Agitator. Navigator. Translator. And while entirely unrecognizable to those trapped in some historic expression and assumption of Jewish identity, black, gay, Jewish me is exactly who should start coming to mind when you imagine our Jewish community.

So, to that man who touched my hair: I understand that you might never claim me as part of your Tribe. Still, I want you to know that the multiracial, intersectional Jewish future includes you, too. When we meet again, I’m going speak truth to power about that evening in the Castro when you got to be free at my expense. But I am also going to help you find your way into and navigate the Jewish world you find so unrecognizable. I choose to reach out to you — because I would hate for you to feel pushed away from the Jewish community, the way you made me feel that night high above the Castro’s rainbow flags of freedom.

What It’s Like To Be a Black, Gay, Professional Jew