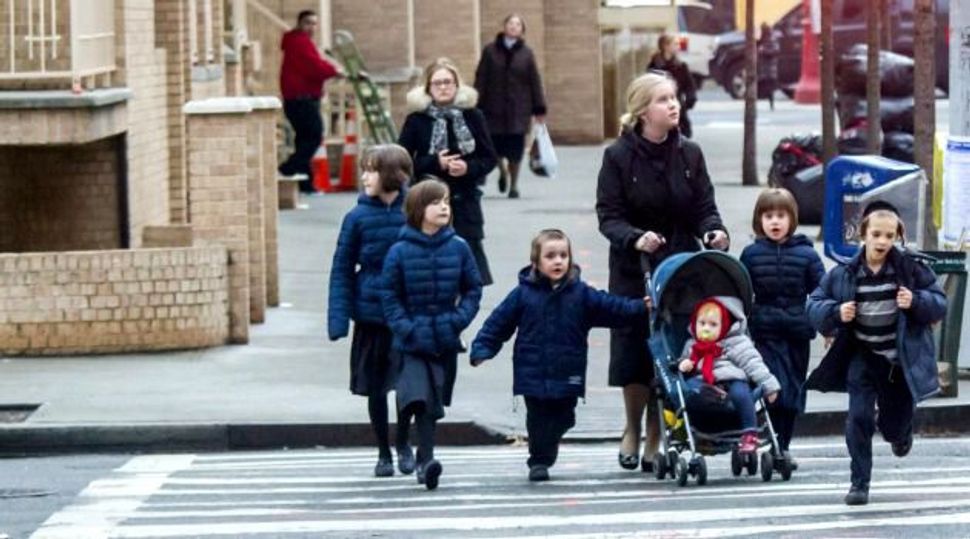 The popular New York City-centric news site Gothamist has been nominated six times for the prestigious Bloggies award, and was dubbed a “Best of the Web” by Business Week and “Blog of the Year” by Wired magazine. The New York Times once that it “reflects everything worth knowing about this city.”

You’d think a publication with those accolades would report fairly and accurately. But if you ask me, it has a vicious pattern of mocking and mischaracterizing Hasidic Jews.

Just last week its bias reached a zenith with a headline rhetorically asking: “Why Do So Many Jews Who Leave The Ultra-Orthodox Community Commit Suicide?”

The article detailed the recent tragic suicide of Faigy Mayer, an ex-Hasidic woman with a history of mental illness. The thrust was to blame suicides on Hasidic Jewish communities who shun those leaving its way of life.

Would Gothamist rhetorically ask why many Muslims, gay people, Christians, and others leaving those lifestyles kill themselves? Besides a few anecdotal examples, zero data was cited to support the claim that all these Jews are committing suicide because of mistreatment from the Orthodox community, or that the suicide rate is higher there than in any other population or society in general.

This wasn’t a fluke. I see a pattern of bias at Gothamist.

When an Alaskan Airline flight attendant misinterpreted the actions of Hasidic men wrapping tefillin as a terrorist threat, the Gothamist headline outlandishly framed this as religious Jews “Terroriz[ing] Another Airplane.”

To support the defamatory characterization, it referenced a similar incident where flight personnel misinterpreted the harmless leather wrapping prayer as a threat. And in a mocking tone, the image on the article features a blonde Barbie doll wearing tefillin with the caption: “Even Barbie has been known to wear tefillin.”

Anyone living in New York City has seen Chabad’s mobile outreach RV’s, called “Mitzvah Tanks,” in which Lubavitchers drive around providing literature to Jews about their heritage, giving out menorahs, dancing, and encouraging religious practices like charity and lighting of Sabbath candles.

A Gothamist article title described these vehicles as a “Mobile Guilt Trip,” and joked about being “alarmed” by “photos of Hasidic-looking folk” on them. This was another “news piece,” not opinion. Sound like fair-minded reporting? 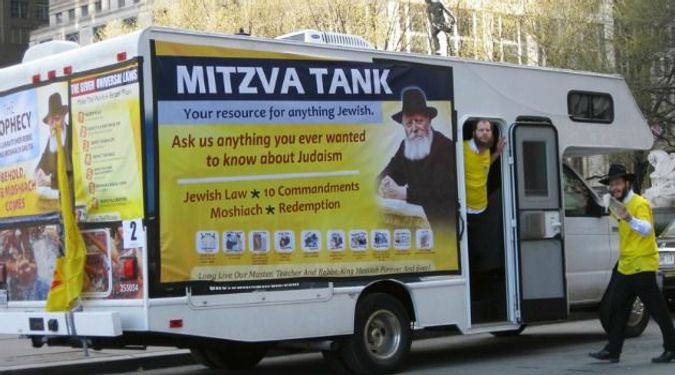 And another post included a video (since removed for violating YouTube’s Terms of Services) of a man making a Hasidic Jew run next to him to blow the Shofar, described as “The Best Way To Deal With Orthodox Jewish Street Harassment.” By “harassment,” the post meant walking up to people in public and asking if they are Jewish.

Many Gothamist readers criticized this blatantly anti-Chabad post. One asked: “How is this harassment? If you live in a congested urban area you run the risk of someone trying to talk to you.”

Earlier this year Gothamist noted how the unleavened bread Jews eat on Passover “is in fact disgusting.”

Its hostility toward Hasidic people is especially worrisome and inexcusable because its coverage and readership predominantly include New York City, home to many Hasidim.

It isn’t as if it covers obscure, largely isolated religious groups like the Amish or FLDS Church. People reading Gothamist’s warped views of Hasidic Jews are likely interacting with those Jews, since the majority of the publication’s millions of pageviews per month come from readers in Brooklyn and Manhattan.

When you search “Orthodox” on Gothamist, the first results include a story on rabbis destroying a Hasidic pop star, articles on mohels infecting circumcised babies with herpes, a rabbinic cantor accused of child molestation, Orthodox rabbis supporting a “fundamentalist Christian” mayoral candidate, and more.

When trusted “men of the cloth” exploit and abuse people, widespread media coverage and outrage are warranted. But almost exclusively reporting negative stories reinforces the myth that abuse and crime is far more prevalent in the Hasidic world than in the general population.

So while it is acceptable and noteworthy to cover stories of religious groups crossing the line from harmless tradition to self-destructive or harmful behavior, it is unacceptable to mock, ridicule and mischaracterize.

The upshot, as far as I’m concerned? Gothamist deserves an award for biased coverage of Hasidic Jews.

Eliyahu Federman has written for USA Today and other outlets on anti-religious bias in the media. Follow him on Twitter @EliFederman