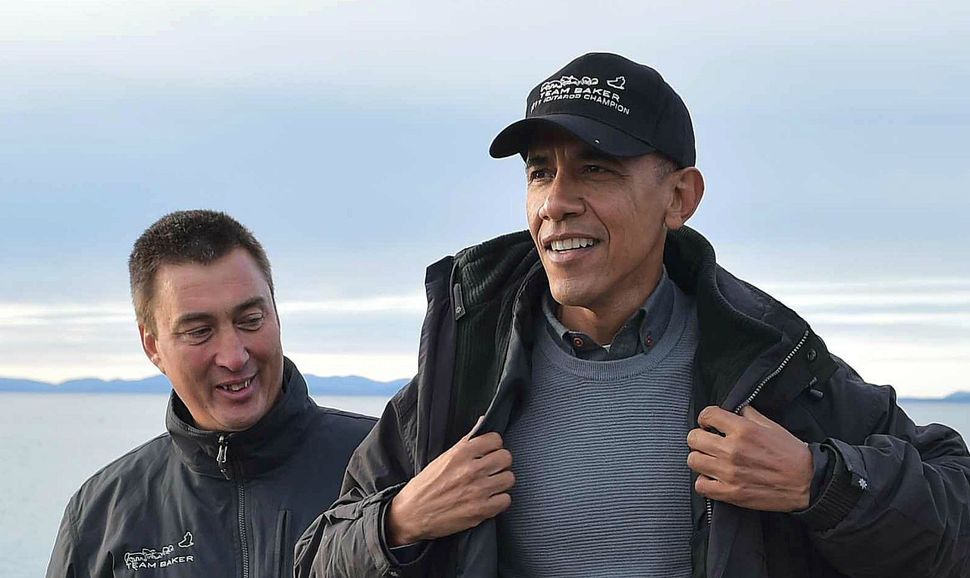 Now that President Obama has more than the 34 Senate votes needed to uphold a veto and save the Iran nuclear deal, the fight has moved to another, less critical but highly symbolic threshold: winning over 41 senators to filibuster the Senate approval/disapproval vote. That would block the upper chamber from voting on the Iran deal altogether and save the president from having to use the veto.

A filibuster would deny the Republican-controlled Congress the chance to dissociate itself from the administration’s diplomatic achievement. On a symbolic level, it would prevent the nation’s legislative body from announcing formally to the world that the president is on his own at this historic juncture and doesn’t have the backing of the American people.

The odds aren’t on the president’s side, though. The White House has 37 Senate votes in the bag, so it needs four more senators to block cloture, the strange Senate rule that requires 60 votes to bring a bill to the Senate floor for a vote. As of this writing, eight senators haven’t announced a position on the deal, including seven Democrats and a lone Republican, Susan Collins of Maine. (The seven Democrats are listed at the bottom.) 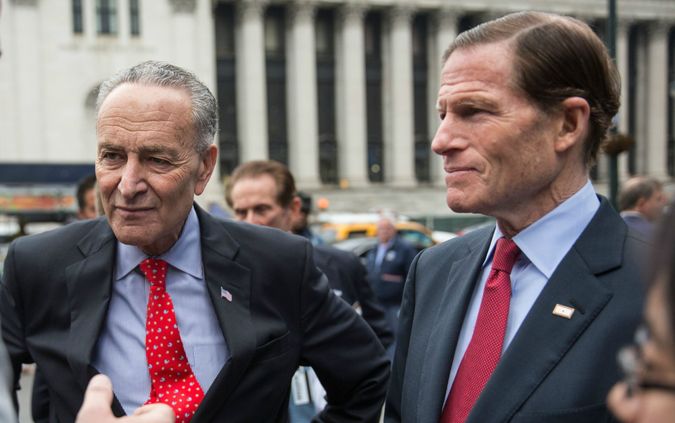 Since Collins is unlikely to join a filibuster against her own party, four out of seven Democrats would likely have to agree to back the president and join the filibuster. Put differently, if any four Democrats hold out, the bill to disapprove the deal will go to the floor and pass, forcing a veto. The veto will stand, but the deal’s opponents will have had their chance to make their statement to the world.

Given that the nuclear deal’s survival has been ensured, it might seem senators would have an easier time bucking conservative pressure and standing with their president and party. Of course, that logic works in reverse, too. Since the deal will survive regardless, one could justify a decision to please the right without hurting the president and his historic legacy achievement.

It’s important to remember that the upcoming vote isn’t technically for or against the deal. It’s over letting the Senate vote on the deal. There are many reasons why Democrats, even those who already support the president’s Iran deal, might want to see the deal survive, but wouldn’t want to join a filibuster that could put an extra gloss on his victory but exact a personal cost to them — either to their own political futures or to their sense of democratic fair play.

Among the seven uncommitted Democrats, most have what could be strong reasons to defy a Democratic filibuster bid. Three are up for reelection next year. As it happens, all three are Jewish: Ron Wyden of Oregon, Richard Blumenthal of Connecticut and Michael Bennet of Colorado. That makes them particularly vulnerable to the intense pressure, both emotional and financial, coming from the organized Jewish community to oppose the deal.

How serious a threat might they face if they join a filibuster? Blumenthal comes from a solidly blue state, but it’s also a state with a large, affluent and vocal Jewish community, and Blumenthal is not a charismatic figure with a wide base of support. Giving potential opponents a hook to brand him as unreliable on Israel could hurt.

Bennet and Wyden, by contrast, come from states with much smaller Jewish communities. However, Bennet’s Colorado is at best purple — an electoral tossup — and Bennet’s own numbers have been underwater in recent polling. A show of independence from the White House at this key moment might help him survive next year.

Adding to the emotional intensity, both Bennet and Wyden are children of parents who survived Nazism. Wyden’s parents both fled Nazi Germany during the 1930s. Bennet’s mother was born in the Warsaw Ghetto and smuggled out as an infant; both her parents eventually survived the ghetto and brought her to America as a child. Leaving the politics aside, the specter of an Iranian nuclear attack on Israel that’s been raised repeatedly by Israeli Prime Minister Benjamin Netanyahu must feel enormously personal to them, however unlikely it’s been deemed by most Democrats.

A fourth Jewish senator, Ben Cardin of Maryland, has emerged as the second-most watched Jewish weathervane after deal opponent Chuck Schumer. Though Cardin doesn’t have as large a national media profile as Schumer, they share several key characteristics. They’re both from solidly blue states. Both hold Democratic leadership positions, Cardin as ranking Democrat on the crucial foreign relations committee. Schumer is from Brooklyn and has deep, longstanding ties to the borough’s huge Orthodox community, where opinion runs strongly against the nuclear deal; Cardin is from Baltimore, the city whose Orthodox community has a role in local Jewish life second only to New York. Cardin is an active member of an Orthodox synagogue, an important ally of AIPAC on the Senate floor and, unlike Schumer, a member of a family that’s been enormously prominent in organized Jewish community life both locally and nationally for decades. Cardin could go either way, and he’s given no hint how he’ll come down.

Then there’s Joe Manchin of West Virginia, the only one of the seven holdouts who’s from a solidly red state.

Two others, Gary Peters of Michigan and Tim Kaine of Virginia, come from purple toss-up states where reelection is anything but assured. They and Manchin might see denying the filibuster as a way to show some conservative chops to the voters and donors back home when they next face them.

There’s also the possibility that actual conviction plays a role, strange as that may sound in Washington. On that score, The New York Times reported August 25 that unnamed Democrats “are concerned that Mr. Peters’s chief of staff, Eric Feldman, who many Democrats said strongly supports the Israeli government, may be nudging him toward opposition.” That is, convincing him that it’s a bad deal.

Maria Cantwell of Washington comes from a solid blue state and there’s little insight into her reasons for holding out. The New York Times quoted a spokesman saying she was “preoccupied” with the wildfires plaguing the state.

Finally, it should be remembered that the reason the Iran approval vote is on the Senate agenda at all is because of a bill introduced last February by the Republican foreign relations committee chair, Senator Bob Corker of Tennessee. The measure was devised as a compromise with the White House, giving Republicans a way to register their unhappiness with the pending deal but sideswiping a measure that the administration strongly opposed, the Nuclear Weapon Free Iran Act, otherwise known as the Kirk-Menendez bill, which threatened to impose new sanctions on Iran. The administration believed the new sanctions would sabotage the nuclear talks then underway.

Corker’s bill was approved by the Senate in May by a 98-to-1 margin, the sole opponent being Republican Tom Cotton of Arkansas, better known for his open letter in March to the Iranian leadership, with 46 GOP co-signers, disavowing Obama’s authority to sign an agreement with them. The 100th senator, Barbara Boxer of California, was absent for the vote.

Significantly, the Corker bill had 21 Democrats signed on as co-sponsors](https://www.congress.gov/bill/114th-congress/senate-bill/615/cosponsors), including six of the seven current holdouts (excluding Manchin). The other 15 Democratic Corker co-sponsors are now among the 34 who have endorsed the Iran deal. But that doesn’t necessarily mean they’ll back a filibuster. Having put their names on a bill to let the Senate vote the Iran deal up or down, it might be awkward now to back a filibuster and prevent that vote from happening. It would be especially awkward for the four Democratic co-sponsors who represent red states, all of whom have endorsed the deal: Joe Donnelly of Indiana, Claire McCaskill of Missouri, Jon Tester of Montana and Heidi Heitkamp of North Dakota. Manchin, a conservative-leaning red-state Democrat who didn’t co-sponsor the Corker bill, has been quoted as saying that he doesn’t believe it would be democratic to deny Congress the right to vote on an issue of such importance.

Also worth noting: the Corker measure was submitted to the Senate just five weeks after Corker’s January 19 meeting in Israel with Mossad director Tamir Pardo. Corker was accompanied to the meeting by six other senators, including Republicans Lindsey Graham, John McCain and John Barrasso as well as Democrats Tim Kaine and Joe Donnelly plus Independent Angus King. At the meeting, Graham later told the Associated Press, Pardo warned them that the Kirk-Menendez effort to impose new sanctions on Iran would sabotage the nuclear talks then underway. Pardo apparently left them with the clear impression that the Israeli intelligence community was unhappy at the prospect.

It was five weeks later that Corker submitted his measure calling for a congressional vote after the talks, effectively sidestepping the new Menendez-Kirk sanctions that Netanyahu favored but the Mossad opposed. Coincidentally or not, the first five senators to sign on as co-sponsors of Corker’s bill, the day it was first submitted February 27, included four of his six companions at the Pardo meeting: Graham, Kaine, McCain and Donnelly. The first name on the co-sponsors’ list, above those four and immediately behind chief sponsor Corker, was Bob Menendez, then the lone Democrat out on a limb opposing his party and his president.

Here are the holdout Democrats as of September 3: