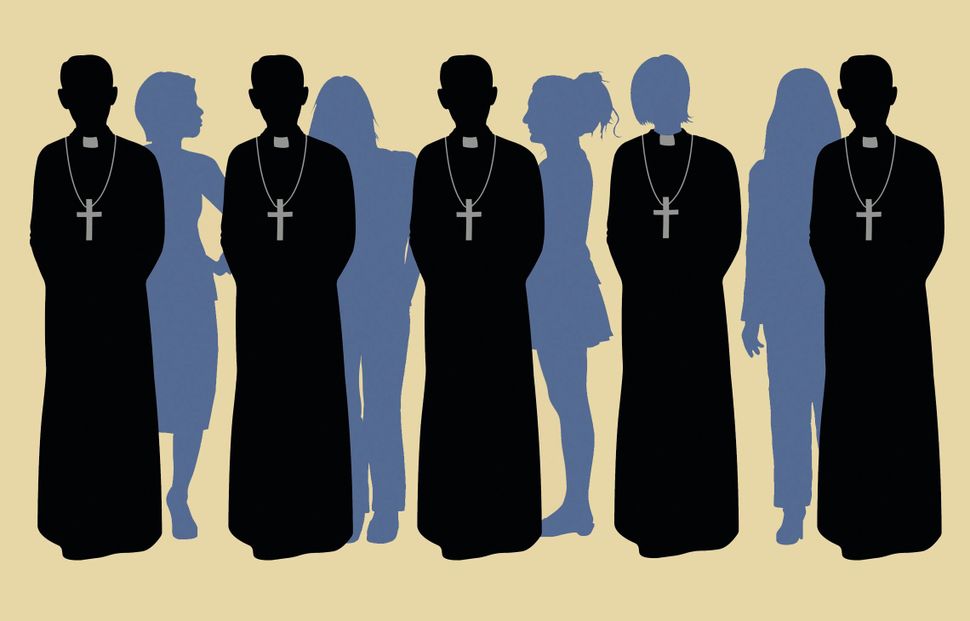 Pope Francis is the darling of many liberal Catholics and the world expects he will make life easier for congregants who have not been following the letter of Church law for some time.

But when the pontiff comes to Philadelphia on September 26 and 27 for the World Meeting of Families, with an enormous entourage of male clergy surrounding him, there will be one controversial issue on which he will likely make no accommodation: the ordination of women.

This is a family event, convened to talk about the importance of family, so what better time to consider that daughters of Catholic unions are not officially allowed to lead a parish, celebrate Mass, hear confession or bury the dead — simply because they are female?

When the Pope looks out on the adoring crowds in Philadelphia, I hope he can see future recruits in the faces of the mothers and daughters. I hope he can see what has been happening on the Jewish Reform front since 1972, when Sally Priesand, a determined young woman from Cleveland, became the first American female rabbi. I hope he can see my daughter.

The rabbinate slowly became a place where someone like my daughter — offspring of an interfaith marriage between a Catholic (me) and a Jew (her father) — could join a group of women who make up almost half of the current class at the Hebrew Union College-Jewish Institute of Religion. Women have formed half of enrolled classes there since the 1990s. They will join 720 female rabbis who have been ordained in America since 1972, according to HUC.

These women’s successful efforts to become rabbis stand as proof that spoken and unspoken rules can be challenged by women who, in this generation, don’t expect to be barred from any career path. If women can be Army Rangers and serve in the Israel Defense Forces, surely they can wear vestments and tallit.

This leaves me, a non-Jewish mother who has long waited for the priestly vestments to be worn by ordained women in the Catholic Church, applauding that change in Reform Judaism.

Yet, at first, I had no idea that my desire to see female priests in parish pulpits would lead to my youngest daughter leaving for Jerusalem, putting her on the path toward becoming a rabbi.

I told myself that her journey was remarkable because in the eyes of some Jews, she is not Jewish. And she could never be ordained under Holy Orders in the Catholic Church because she is a woman. Yet, ironically, she has what Catholics call a vocation: a summons to religious life.

These emotional and spiritual issues have brought both pain and joy. As she plunged in, I realized that my daughter had figured out how to avoid the roadblocks to ordination — the traditionalists in both faiths who believe that women have no business in this business. I know that as she walks around Jerusalem, she hears from even the well-meaning that she is in the wrong line of work.

Watching my daughter move toward her goal, I knew in my heart that this was the only path for her. I had to imagine her as a rabbi, a teacher from whom I would learn. I had to accept that this was the religion she chose and to support her every step of the way. And I had to concede with sadness and frustration that she is not likely to rub shoulders with a female priest anytime soon.

As for Pope Francis — I like him. He is the best progressive we have. He has a Jesuitical mind that can see change coming amid sacred tradition. Some call him a radical. He causes discomfort, even among his own troops. He is bringing compassion, in some senses, to canon law.

He must know in his heart that women are the answer to the drought of priestly vocations in the United States. He must know that the scandals that have hurt the reputation of the Church will be ameliorated if and when the first woman enters the seminary.

Pope Francis also knows that there have been married popes, that clerical continence was not always observed, that it wasn’t until 1139 that only unmarried men could be ordained.

If he examined Reform Judaism, he would know that such changes do not destroy the core beliefs of a religion. So, I would direct Pope Francis to consider this pronouncement from the Union of Reform Judaism, found on its website:

“The great contribution of Reform Judaism is that it has enabled the Jewish people to introduce innovation while preserving tradition, to embrace diversity while asserting commonality, to affirm beliefs without rejecting those who doubt, and to bring faith to sacred texts without sacrificing critical scholarship.”

Francis exudes a sense of change and challenge to tradition. Why not be the Pope who takes women out of the pews and puts them on the altar, in the pulpit, letting them join women of other faiths who are becoming great leaders?

Cindy Skrzycki, senior lecturer in the English department of the University of Pittsburgh, was a reporter and columnist for The Washington Post for nearly two decades.