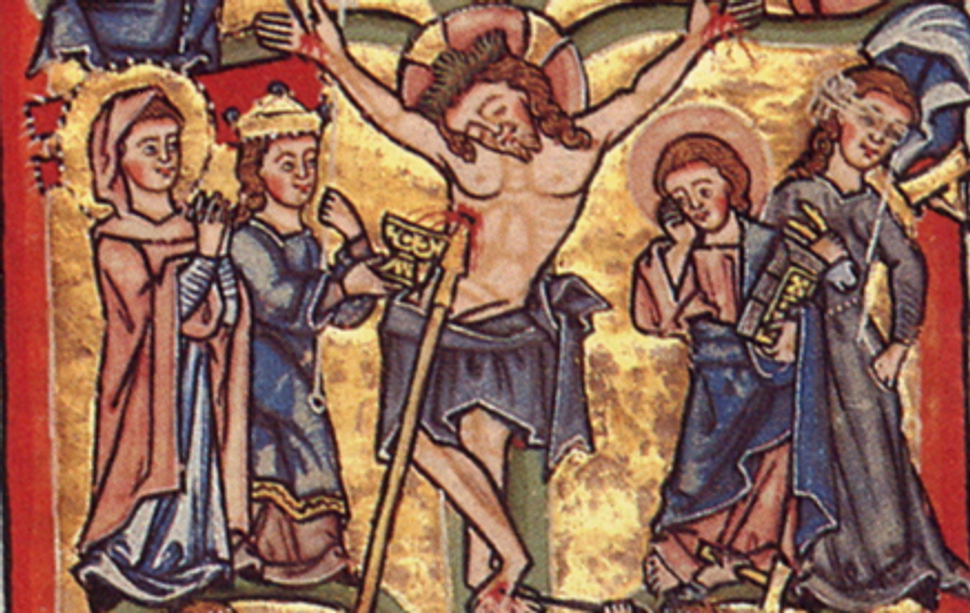 Dozens of medieval churches across Europe are adorned with figures of Ecclesia and Synagoga, representations of the Church and the Jews that depict a triumphant Church and a vanquished Jewish people.

At the Cathedral of Notre Dame in Paris, they can be found on either side of the main entrance. While the details differ from church to church, the main elements are the same. Ecclesia is portrayed as a vibrant young woman looking steadily ahead, holding a chalice, symbolizing the blood of salvation, carrying a staff and wearing a crown, symbolizing worldly power. Synagoga, by contrast, is blindfolded, since the Jews were believed to be blind to the truth of the Gospels. Her staff is broken and her head is bowed; she is often depicted with tablets or a book slipping from her hand, suggesting that the covenant between God and Israel had been abrogated.

These statues succinctly epitomize the Catholic Church’s teaching about Jews and Judaism for most of its history, a teaching that often had tragic, even murderous, consequences for Jewish communities. While the Church cannot be held responsible for the Holocaust, this teaching of contempt created the environment and provided the vocabulary and imagery that made it possible.

But fifty years ago, on October 28, 1965, that teaching changed, with the promulgation of Nostra Aetate, one of the documents of the Second Vatican Council. This document states unequivocally that Jews, both during the time of Jesus and subsequently, should not be held responsible for his death; that Jews should not be portrayed as cursed or abandoned by God; that God’s covenant with the Jews is eternal; and that the Church decries all violence and anti-Semitism directed at Jews.

In the years since, the Vatican has issued subsequent documents that expand and deepen the Church’s thinking and teaching about Jews and Judaism. It has reflected on the Holocaust and opened up diplomatic relations with Israel. There are now regular meetings between the highest Vatican officials and representatives of the Jewish community. One cardinal remarked that it is easier for Jews to get an audience with the pope than for hierarchs!

While there have been and will undoubtedly continue to be moments of disagreement and points of tension between the Jewish community and the Catholic Church, the trajectory that began with Nostra Aetate is now irrevocably embedded in the life and theology of the Church.

Among the many heroes in the Church who deserve credit for implementing this change are the last four popes. It was Pope Saint John XXIII who convened the Second Vatican Council and initially insisted that it include a statement on Jews and Judaism. His successor, Paul VI, who became pope while the Council was still underway, could easily have allowed the statement to wither on the vine. Instead he insisted that it remain on the agenda and it was he who officially promulgated Nostra Aetate after the Council approved it. Pope Saint John Paul II in both word and deed made the words of Nostra Aetate live within the Church. He was the first pope to visit a synagogue since the establishment of the Church. During his historic pilgrimage to Israel in 2000, he visited Yad Vashem and placed a prayer in the Western Wall apologizing for the suffering caused to Jews in the past. He referred to the Jews as “elder brothers” and stated, “The Jewish religion is not ‘extrinsic’ to us, but in a certain way is ‘intrinsic’ to our own religion.” Pope Benedict XVI also visited Israel and spoke in synagogues; in his trilogy on Jesus, he engaged at length with the writings of a Jewish scholar and, more importantly, stated that the Church need not concern itself with the conversion of the Jews. 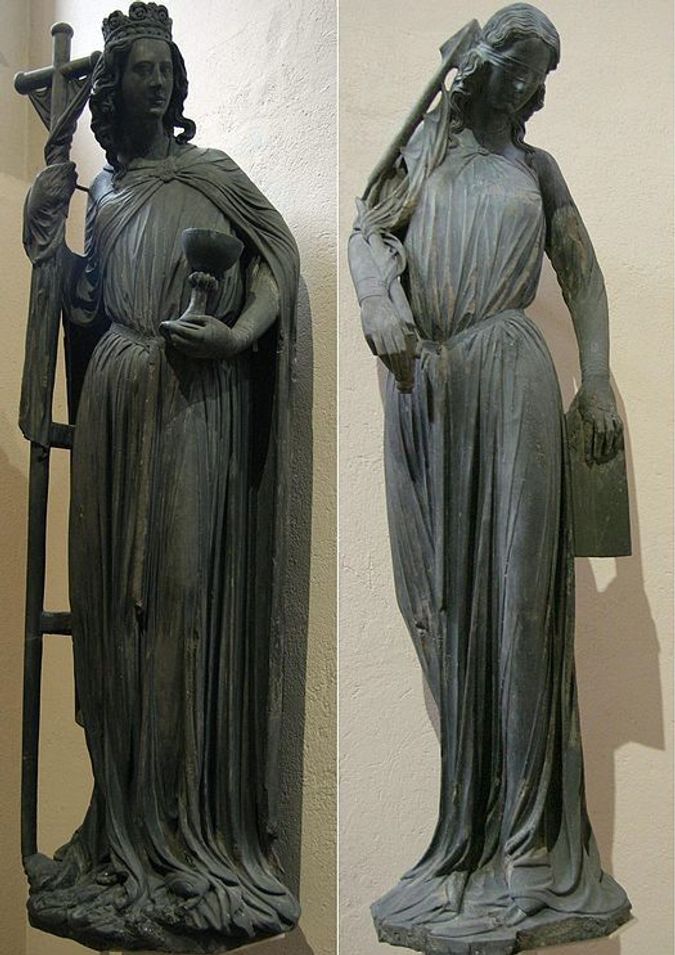 Unflattering Portrait: The original Ecclesia and Synagoga from the portal of Strasbourg Cathedral. Image by Wikipedia

And now Pope Francis, who perhaps knows Jews more intimately than any pope is recent history, has continued this trajectory. While in Argentina, Cardinal Bergoglio, as he was then known, had a warm relationship with the Jewish community and even co-authored a book on interfaith relations with Rabbi Abraham Skorka. Since his election, he has consistently spoken unequivocally about the theological significance of Jewish existence for Catholics. “What I can say, with the Apostle Paul, is that God has never stopped believing in the alliance made with Israel and that, through the terrible trials of these past centuries, the Jews have kept their faith in God. And for this, we will never be grateful enough to them, as the Church, but also as humanity at large.” He has also said repeatedly that one cannot be a Catholic and an anti-Semite, and even wrote that denying the state of Israel’s right to exist is anti-Semitism.

Shortly before the pope’s visit to Philadelphia, the Institute for Jewish-Catholic Relations of Saint Joseph’s University will dedicate a newly imagined “Ecclesia et Synagoga.” This new sculpture depicts two proud crowned women, one holding a Torah scroll, the other a book. They are seated next to one another, “living in covenant with God side by side, and learning from one another’s sacred texts and traditions about their distinctive experiences of the Holy One.”

As we welcome Pope Francis to the Unites States, we commend him for his commitment to Jewish-Catholic relations. In a world where religion is often seen as a cause of suffering, the fifty-year-young relationship between Jews and Catholics demonstrates that change and reconciliation are achievable and that even a centuries-old enmity can be overcome.