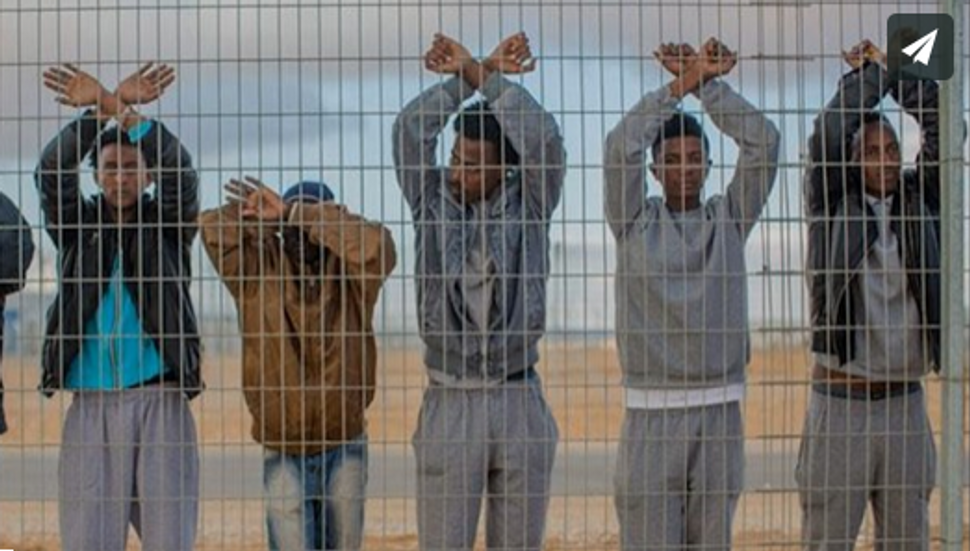 The kerchief-covered mother, a refugee desperately holding her children, reminds me of my aunt as she desperately held her child, wandering over the ruins of Europe. The refugees begging frantically to board the trains remind me of the relatives I never knew, who boarded trains to their death.

For us as Jews, the Holocaust always comes up when we talk about our responsibilities to others and ourselves. Should Israel take in the refugees who are flooding into Europe? Must we, the nation of refugees, act on what should be our sensitivity to the persecution of others? Or should we, the nation with the collective memories of an uncaring world, worry first about ourselves and our own well-being?

Sadly, predictably, the debate has lined up according to the usual left-right rift. Knesset opposition leader Isaac Herzog called for taking in hundreds of refugees. “Jews,” he declared, “cannot be indifferent while hundreds of thousands of refugees are looking for safe haven.” Prime Minister Benjamin Netanyahu retorted that Israel “does not have the demographic and geographical capacity to absorb masses of people.” Israel, he informed the public, will soon begin to build a wall on the Eastern border with Jordan to prevent the refugees from “streaming in.”

Herzog’s recommendation carries the sour smell of a cheap political stunt, a declaration that carries no responsibility. And Netanyahu’s response reveals little more than his usual fear-mongering and his ghetto mentality.

In reality, the refugees from the Middle East are not going to come to Israel. After years of enmity, most would be hard-pressed to believe that they could be safe here. Others, hoping that one day they can go home, know that by coming to Israel they would cut themselves off from the Arab world forever. And for some, the indoctrinated hatred toward Israel trumps any haven they could find here.

No, Israel really cannot settle thousands of refugees who don’t want to be here, many of whom have been taught to hate us. Yes, security issues are valid. And no, the refugee crisis of 2015 is not a repeat of the Holocaust.

But that doesn’t mean we have no moral responsibility toward them. In Parashat Ki Teitzei, which we read only a few weeks ago, we are commanded, “Thou shalt not deliver unto his master a bondman that is escaped from his master unto thee; he shall dwell with thee, in the midst of thee, in the place which he shall choose within one of thy gates, where it liketh him best; thou shalt not wrong him.”

Israel could translate this into practical, moral imperatives. Instead of building a wall to keep out the refugees, we could use the border with Jordan and Syria to create a well-patrolled land corridor. We could allow the refugees to come through Israel and take responsibility for coordinating efforts with the European countries so that the refugees wouldn’t have to go over the seas. That way, we would save at least some of them from the hands of the smugglers who beat, abuse and starve them and then abandon them at sea.

Instead of skulking behind walls, Israel could recognize that we are part of the refugee problem because we are part of the first-world globalization that has, in part, led to the unrest in the region. We could uphold universal values and provide naval assistance.

Instead of selling Israeli-designed technology for building walls — complete with razor wire, cameras and motion sensors (like the walls we build to keep out the African refugees coming in through Egypt) — to Bulgaria and Hungary, we could send more expert teams to aid in treating the psycho-social trauma, sexual abuse and gendered violence that we know the refugees suffer.

Israeli humanitarian groups, such as IsraAid and Tevel b’Tzedek, have helped in crisis situations in other parts of the world — Haiti, Japan, Nepal, the Philippines, Jordan, South Korea and the United States, to mention a few. IsraAid has been providing expert treatment for the Syrian refugees in Jordan for some time, and recently dispatched a delegation to Greece. But these groups are part of civil society, not part of official Israel. The government should take it upon itself to provide funding and logistical and diplomatic support.

And I call upon the Arab population of Israel to join these efforts. I call on them to overcome their general and perhaps understandable (albeit narrow-minded) unwillingness to join state-sponsored activities. Surely, fleeing, frightened, kerchief-covered women must stir their collective memories, too.

But it is as a Jew, a member of the privileged majority, that I call for action. I do this even as another moral precept warns us that we should not take on the crisis in Europe — at least not yet. The Talmud teaches us that we must “tend to the poor of our own city first.” The practical, moral implication here is to take care of our own refugees — the some 45,000 African refugees who have fled the horrors in Darfur, Eritrea and Sudan, making their way across the Sinai on the only land route available, prey to the smugglers who beat, abuse and starve them and then abandon them on the sands.

Here, as in Europe, there are volunteers who provide for the refugees. Here, as in Europe, civil society has tried to welcome them and ease their lives. But official Israel continues to refer to them as infiltrators (or, at worst, “a cancer in the body of the nation,” to quote Knesset member Miri Regev).

Instead of being part of a worldwide effort, and in violation of international treaties that Israel itself has signed, the state has refused to even establish a reasonable mechanism to investigate their claims and grant asylum when warranted. According to local human rights groups, Israel has recognized less than 1% of these migrants as refugees. Throughout the world, the average recognition rate of asylum seekers from Eritrea is 85% and from Sudan, 74%.

Instead of showing compassion, Israel has sent the Africans to a detention camp in the desert. When they were released by order of Israel’s High Court of Justice, the state made it known that those who would not “voluntarily” go back to their homes or to a third country (usually Rwanda, where they are not granted legal status) would be imprisoned. In the interim, they are forbidden to work or live in greater Tel Aviv or in Eilat (where jobs are available), and enterprising mayors of some cities have already sent out police forces to prevent the Africans from entering their municipal boundaries.

During the last great refugee crisis — Indochina in the late 1990s — Israelis did not debate their moral responsibility from a comfortable distance. As millions of refugees fled communism by boat and on foot, Israel took in 66 Vietnamese boat children and ultimately a total of 300 Vietnamese and Cambodian refugees. The lived here safely; many of them, and their children, continue to do so.

As we are taught in the Sayings of the Fathers, “It is not incumbent upon you to complete the work, but neither are you at liberty to desist from it.”

Eetta Prince-Gibson, the former Editor-in-Chief of the Jerusalem Report, is an award-winning journalist who lives in Jerusalem.