From Black Hats to Egalitarian Prayer — and Back? 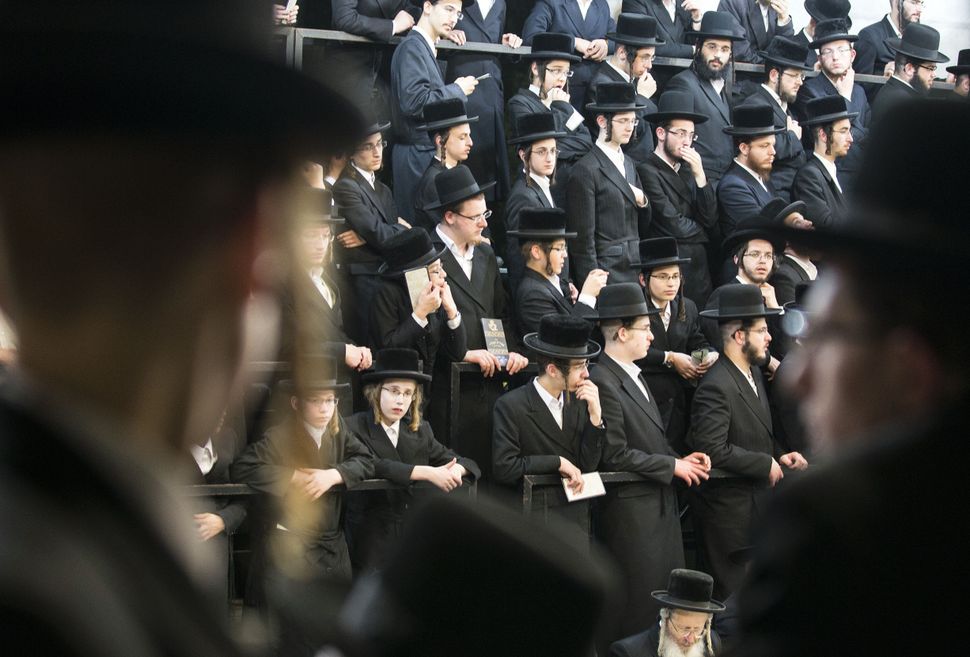 Growing up in an Orthodox environment, there was a word I kept hearing. It was dirty. Worse, it was said with derision. It signified weird people who were non-traditional. Or worse, non-observant.

But I eventually left yeshiva and entered college. I was observant, but I started getting a crash course in Judaism-that’s-not-like-my-Judaism. It was in my Hillel that I experienced a whole new landscape. Who knew Orthodoxy was so rich and nuanced? Orthodox girls wear pants? With every new social circle came learning opportunities. I discovered and read frenetic Facebook groups full of overeducated rabbinical students with strong opinions. I attempted to make sense of the commentaries they quoted and the long-winded sentences.

But until last week I had never participated in an egalitarian service. I’d witnessed one, though I prayed beforehand in a traditional service with the men and women separated by an old smelly curtain. I’m curious, but careful.

Then, last Friday night, I visited friends in northern Manhattan. We left their apartment and walked to the Orthodox synagogue, but didn’t stop there. Panicked, I asked them where we were headed.

I wasn’t expecting that. I didn’t want to go with them but didn’t want to be rude. Objects in motion stay in motion. Before I was able to formulate an excuse about a phantom stomach pain, we had arrived.

The service was held upstairs. A man led Kabbalat Shabbat. It was nice to see men and women sitting side by side, singing along. It wasn’t extraordinary, just a regular Carlebach-style service. I didn’t feel uncomfortable, which made me uncomfortable. I couldn’t justify being here.

Out of the corner of my eye, I noticed something I’ve never seen before during prayer. A woman was crying. Who knew some people express emotion during services?

Then, the young man leading the service passed the tallit to a woman to lead Maariv. Before starting, she paused, with a serious look on her face. She spent a long three seconds focusing, about to accept on herself the mantle of responsibility for leading services. She did what the Mishna said the Chasidim HaRishonim, the original pious, once did: meditating before prayer. What followed was the most beautiful Friday night evening service I’ve ever attended.

I left shaken. I wasn’t supposed to like it. And yet, here I was, moved.

The next morning, I went to a large Orthodox shul. Although I had some friends here, the largeness made me feel disconnected. I wasn’t feeling it. Last night’s service left me wanting. So, after the Torah reading and much internal back and forth, I left and made my way back to the egalitarian synagogue.

As I walked the few blocks, a pervasive thought was on repeat: Was I being self-indulgent? To complicate matters, this was Shabbat Shuva, the Shabbat between Rosh Hashanah and Yom Kippur. It’s a Shabbat for repentance. The first Shabbat of the year. Should I be doing this?

When I arrived, they were still reading the Torah. A man was reading and members of both sexes were being called up for aliyot. Afterwards, two people were called up to do hagbah, lifting, and gellilah, rolling of the Torah scroll. Gellilah is the most disrespected way someone can be involved in the service. It’s often given to children. While it is actually important and should be respected, culturally it’s the vice president of jobs. The man called up the roller, using the feminine term.

And then: An older woman draped in a shawl slowly makes her way toward the bimah. She is smiling but clearly very nervous. The man takes the two metal handles of the Torah, slides them off the large podium and lifts them into the air. The congregation sings a tune usually reserved for weddings — a love song to the Torah. He sits down with the scroll open, his hands balancing the weight.

The woman approaches. She has a job to do. Ever so carefully, she takes hold of the handles on the other side of the Torah and starts to roll them together. With great ease, she and the man bring the two sides together. Someone hands her a belt to wrap the scroll. With great will and concentration, she puts it around, making sure it is horizontal and taut. With equal grace, she cautiously places the velour tapestry over the scroll. Her job is complete.

But where most men would have returned to their seats, she pauses. Smiling, she admires her handiwork. For a good thirty seconds, she beams, standing there in awe of what she has just accomplished, basking in the light of the Torah. She slowly floats back to her seat.

I don’t know if this is her first time or hundredth time, but it is inspiring to see someone so invested in her contribution.

I will return to my regular traditional services. I like my black hats, dingy partition, and herring and schnapps. But I will be forever changed, because what I saw left me moved. Seeing other Jews invested in Judaism recharged me for the New Year.

From Black Hats to Egalitarian Prayer — and Back?