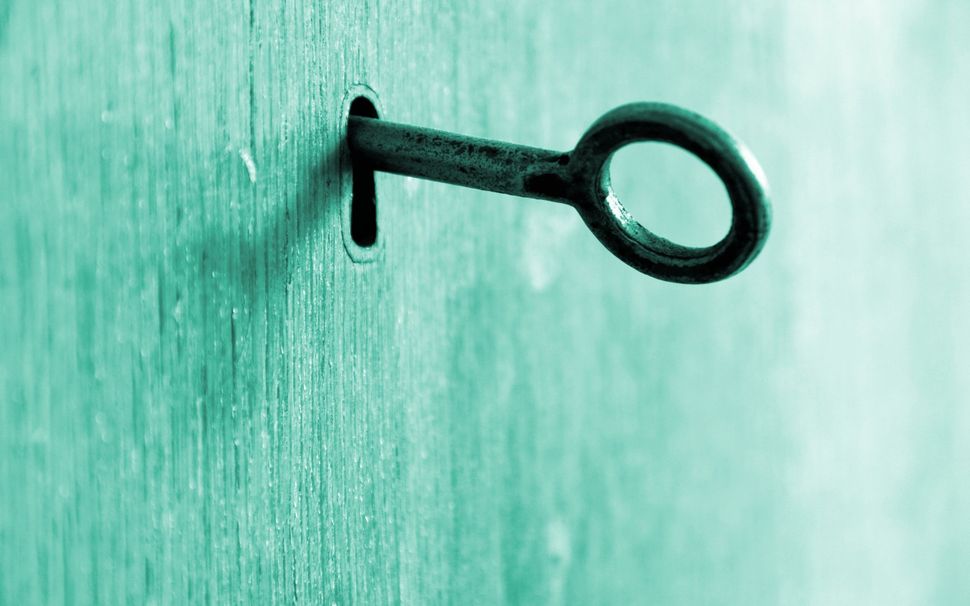 When life is full of ease, spirituality is like cotton candy: fluffy, airy and unserious. It’s easy to mock the privileged, entitled yuppies in their yoga clothes, or the perpetually processing privileged New Agers at their endless, fruitless seminars. Not to mention the reactionary flocks in churches and synagogues, with their absurd, prescientific beliefs.

And then something happens. Someone gets sick, or a relationship ends. Or a pet dies, or I lose my job. Or a friend dies unexpectedly. And then we go searching for meaning. Not answers necessarily — most educated people don’t think that there are answers out there, let alone a puppeteer God beneficently ordering all of creation. But significance, meaning.

Now the smirk of the critic melts into something less sure of itself. What can be understood in the midst of this tragedy, about the fragility of the human condition or the impossibility of holding on to it? And what are the forms that, over the years, have evolved to respond to this grief?

For all the desperate attempts to make Judaism cool, it is at decidedly uncool times that it is most of value. Ironically, or maybe tragically, these manifestations of Judaism are scarcely funded by mega-philanthropists, though they are supported by the dues of many synagogues. It’s hard to put a donor plaque on a shiva call.

Yet it is precisely at such moments when a gateway opens to the recovery of the spiritual tones of living. I fail; I lose, and so I grow closer to the parts of myself that feel more authentic, more connected. Spiritual paths may not be as sophisticated or arch as other ways of being. They may be mocked in the pages of The New York Times. But at some point, most of us find ourselves broken — and hopefully broken open.

One could be cynical about this hardship-driven sudden return to religious, spiritual, philosophical or artistic homes long forsaken. We human beings are often fair-weather fans, clinging to a tradition or practice in our moment of need, then discarding it once again, when the moment of crisis has passed.

Really, though, we are just human. Fine, we are inconsistent. What do we sense to be true when we are at our weakest, our most open? When we speak of serious matters, not necessarily in a dour or humorless tone, but with a sincerity of purpose; when our attitudes melt before an awe greater than our condescensions — it is at these times when the vocabulary of religion takes on, for some of us, its true character.

Applied to science or politics, religion is a poor substitute for reason. Its myths, never meant to be empirical, harden into nonsensical dogmas and irrational beliefs, whose preposterousness requires a fundamentalist certitude on behalf of the credulous. When they are married to the violence of politics, they ossify into rigid codes and morals.

But when the heart is cracked open, the insensible becomes relatable. “Only the nonsensical is at ease with the Absolute,” the poet James Broughton wrote. And for all the exasperation of being lumped together with the pious and the ignorant, it would be dishonest to pretend that I have outgrown the vocabulary and symbols of Judaism, shopworn and abused, outmoded and nonsensical — yet perhaps for that reason resonant in a way that more recent and more sophisticated ideologies are not. When my heart speaks, it speaks in this language.

This kind of religion is not a matter of opinion, belief, tribe, identity, salvation, creation or hunch that there is a cosmic Santa meting out justice in some secret, special way. It is a matter of love, of an interpersonal vocabulary of meaning, of imagination and the marking of time. Of course, for many, being religious is absolutely about opinions — about God, Bible, Tribe. It may mean following rules, and even believing those rules to be absolutely true. For others, religion fulfills social functions, brings us together, provides consolation, marks important moments in life. These are valuable functions.

But I have more in common with an atheist who dances than with supposedly pious men asleep in their beliefs and opinions. The religion I want is a way of being in love with the world, and, yes, sucking the marrow out of life, in whatever mode suits our temperament. I don’t care about the God you don’t believe in; I care that there is a source for inspiration.

So when I speak of sadness, I seek the symbols of God, the sequences of myth and the patterns of old religion. It is not that I suspend disbelief; I find the question of belief irrelevant.

Precisely when I am at my most desperate — that is, my most open — the personal God reappears, sometimes, as if She has been playfully hiding in plain view all along. Somehow intellectual doubts seem beside the point; not wrong, but an answer to a different question.

I cannot make Jewish theology cohere, despite years of God-wrestling, rabbinic ordination and graduate degrees in the study of it. But sometimes I do like to cry, and the language of this week’s forgotten holiday, Hoshana Raba, is as good a cry as any: “Ana adonai, hoshi’a na” — “Please, God, save me.” In a small irony, our tears fall all the more readily if we are crying to a God in which we’re not sure we believe.

“There is nothing so whole as a broken heart,” the Kotzker rebbe taught, knowing from his own life the taste of melancholy and the way in which the heart’s yearning opens us to experience reality. The Jewish path is one of love and tears and fear and doubt. The broken heart is what I mean by God’s heart breaking.

This article is adapted from Jay Michaelson’s new book, “The Gate of Tears: Sadness and the Spiritual Path,” available October 1from Ben Yehuda Press.