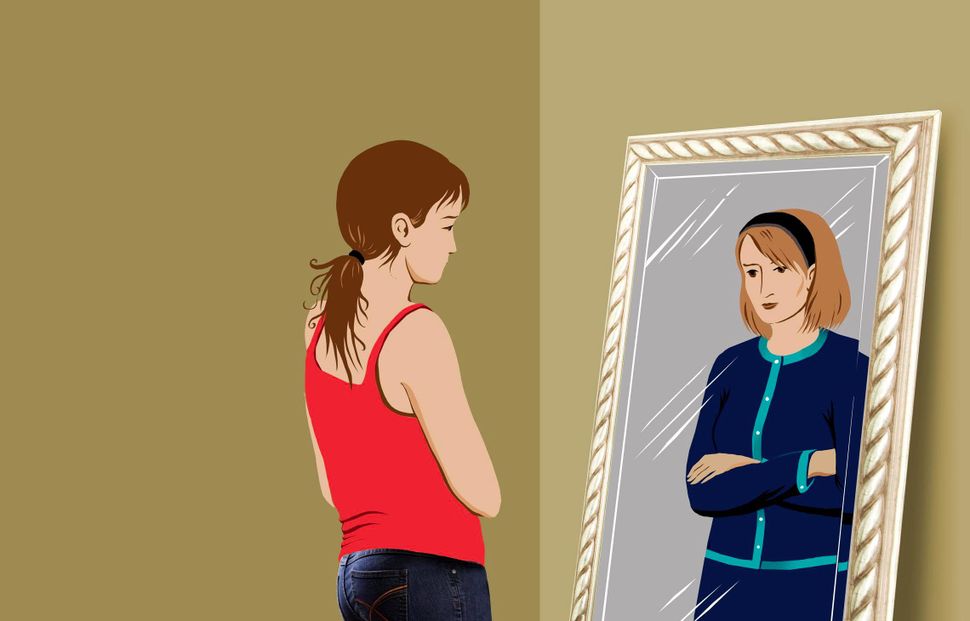 “Writing is a miserable, awful business. Stay with it. It is better than anything in the world.”

This quote from Ann Patchett sums up my feelings about writing — and it’s also how I feel about my chosen religious lifestyle. I grew up in a secular Jewish home and, as a young adult, was drawn to tradition and community; at the same time, I wrestled with the particulars of observance and identity. Today I find both solace and angst in living a Modern Orthodox life, a solace and angst not unlike the kind that bubbles up when I sit down to write.

Last week, Rabbi Avi Shafran posed a question I have often thought about: “” “Those OTD books” refers to published memoirs by “off the derech” Jews — those who have discontinued their Orthodox practice, sometimes physically leaving their former communities. Shafran points to an influx of people moving in the opposite direction, away from a secular life and towards Orthodoxy, and wonders, “Why [are there] no vivid descriptions of what impelled them toward traditional Jewish observance?”

To his own poignant question, Shafran offers two answers, both of which I partially agree with and also find incomplete: one, that Judaism frowns upon “‘settling scores’ or pointless negativity, particularly toward parents,” and two, that those who have moved to Orthodoxy “feel no compulsion to look back — they’re just happy to be home.”

Shafran’s analysis is incomplete because, first of all, there are indeed memoirs about becoming Orthodox, from my friend Matthue Roth’s “Yom Kippur A Go-Go” to Jennifer Traig’s “Devil in the Details,” not to mention all the memoirs on the shelves of Jewish bookstores like Eichler’s. (Open the search parameters beyond Orthodoxy and of course you’ll find even more, like “Surprised by God” by Rabbi Danya Ruttenberg, another friend of mine.) Still, his question remains striking. This is a sliver of a subset of a genre, with titles that fly less readily to mind than “Unorthodox” by Deborah Feldman or Shalom Auslander’s “Foreskin’s Lament.”

The other reason Shafran’s answer is incomplete is because not only Jewish considerations block secular-to-Orthodox memoirs from the light of day, but also writerly ones. Ultimately, an Orthodox would-be memoirist is simply a would-be memoirist. Yes, honoring one’s parents is a deeply held Jewish value — but many writers struggle with how to remain true to their story while remaining respectful of their loved ones. That balancing act is a near-impossible task, and it’s not a uniquely Jewish one.

As for Shafran’s suggestion that those who have moved to Orthodoxy feel no compulsion to look back… well, it’s not true in my case, and I suspect that I’m not alone.

But, again, the question is: So where are all the books?

Here are five worries that may cause someone who became Orthodox to stop writing their memoir, or to never start — and why they should keep going anyway.

Recently, I was sitting next to a young woman who isn’t Jewish. It was beginning to rain and I had a long walk home without an umbrella, because it was a holiday and in accordance with my not-so-new lifestyle, I don’t use an umbrella on holidays. “Why can’t you use an umbrella?” asked the young woman, reasonably enough, and the flood of thoughts that barreled through me rendered me initially speechless. Where would I start? How could I explain through this one instance the beauty of keeping these laws, while acknowledging the occasional brush with the absurd? When this conversation was over, what would she think of religious Judaism? Or of me? Secretly I wished I could use an umbrella… could I admit that while remaining an ambassador to this life?

I answered the way that I write, the way any writer writes: one sentence at a time.