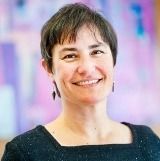 Jane Eisner clearly states her difference of opinion with the recent decision to allow inter-partnered candidates to apply to the Reconstructionist Rabbinical College (RRC), where I serve as president. If I understand her point correctly, it is that intermarriage represents a lack of commitment to Judaism by Jews and that we need to hold the line in condemning intermarriage for the sake of the future of the Jewish people. We certainly understand this line of reasoning, and I think many Jews would agree with the basic assessment that we must continue the fight against intermarriage.

Here is the problem. For those of you still fighting, the battle was lost years ago. The Pew report, citing that 58% of marriages since 2005 are intermarriages, has disabused all of North American Jewry of the notion that Jews intermarrying can somehow be stopped by pressure from families, rabbis, or editorials from editors of Jewish publications.

At this point, the Jewish future in North America depends, in part, on our ability to engage intermarried Jews, unless we are willing to write off so many of us. If we continue to alienate them by saying that their partnering with a non-Jew means that they are no longer legitimate in some way as Jews, then we create a self-fulfilling prophecy and drive them away.

Clearly our decision seems radical to some, but to us, it’s pretty clear that if we don’t truly open ourselves to the intermarried community, and welcome them as equals and potential leaders, then we may risk the Jewish future simply because we failed to reconstruct Judaism to be relevant for this generation.

There is also some really good news here. In the more than 100 congregations throughout the Reconstructionist movement, we are seeing increasing numbers of intermarried families participating profoundly in communal Jewish life — Jewish and non-Jewish partners as educators, congregational presidents, everywhere. There are also several excellent organizations across North America including Interfaith Family and Big Tent Judaism that are engaging intermarried families in incredible ways.

We understand the anxiety around redefining how we think about intermarriage and also have concerns over our uncertain Jewish future. While some might want us all to double-down on the failed strategy of the past, we are looking in a different direction. We believe that the only strategy that will work in today’s world of choice is one that engages rather than polices, one that truly welcomes and provides role models for intermarried Jews rather than one that disowns them.

We invite those of you who do not know us to join us, and to work with us to build a vibrant Jewish future, and a better world.