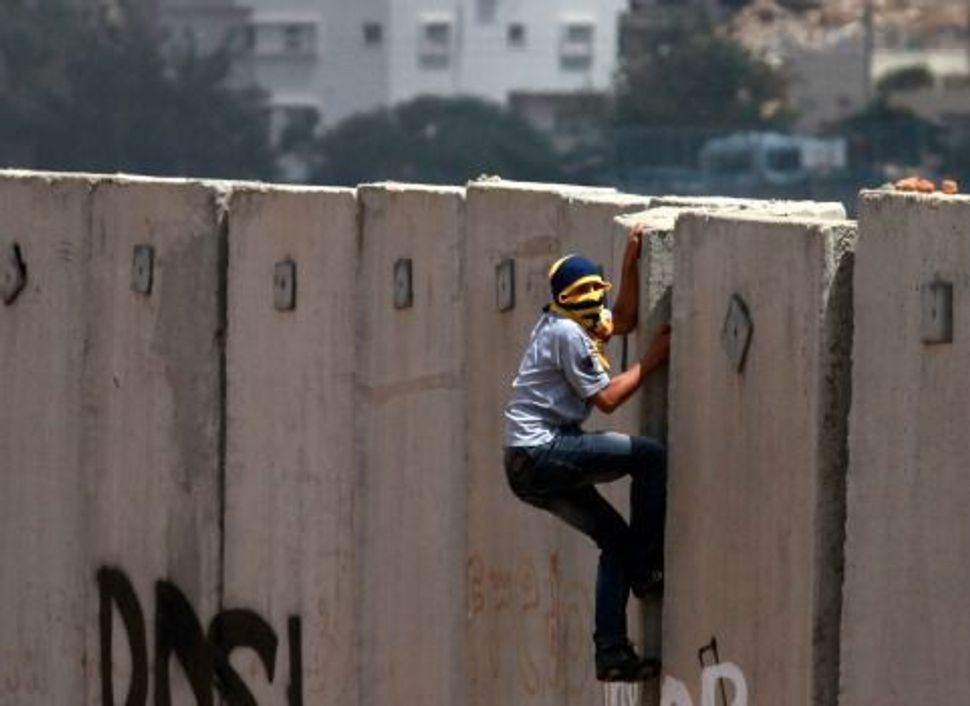 Last June, a group of Israeli journalists from left to right, from Haaretz to Israel Hayom, asked me, the president of the Jewish Council for Public Affairs: “How long can you hold off BDS?”

I told them that only Israel could hold off BDS. We would do what we could here in America, but unless Israel could show the world that it cared about the generations of Palestinians who have lived in a state of poverty and lack of freedom, it would be hard to convince those who lean toward BDS to lean the other way instead. Israelis do not have to give an inch on matters of security; they do have to change their words and actions on matters of compassion. And we have work to do here, too.

As I prepare to leave my position at the Jewish Council for Public Affairs after a ten-year tenure, I see four major challenges facing our community:

1) Our attitude toward the Palestinians

With escalating violence in Israel, this is not an easy time to say this, but if the Jewish community is to have any credibility when we stand up for Israel and fight against BDS, we must be able to criticize Israel in a seemly way when we disagree with its policies — not just on issues of democracy in Israel but also on issues dealing with the Palestinians.

When I spoke to the above-mentioned Israeli journalists, I told them about my dream — or nightmare, really — that one day I would be standing at Beit Tzahur, a Palestinian village across from Gilo, with a Christian leader who has been staunchly anti-BDS. In this nightmare, we look down on the Jordan Valley and see a large beautiful highway that approaches gleaming settlements. A broken road traverses the same path, going from pathetic little village to little village. She asks me without rancor, “Isn’t this the kind of situation that we have spent our lives fighting against?”

The Israeli journalists I addressed, even the most liberal ones, seemed to find it difficult to contemplate the very idea of real compassion and empathy for the Palestinians. But it is absolutely necessary for us as a moral and politically astute community, if we want to slow or stop the growth of BDS. We resist acknowledging this at our own peril.

2) The incivility of our discourse

The way Jewish organizations and Jewish people speak about each other cannot help our cause nor lead to good decision-making. The way some speak negatively about J Street, a clear supporter of Israel as a Jewish state, cannot possibly do anything but drive those on the moderate left away from Israel. The very notion that those who opposed the Iran treaty simply wanted war flies in the face of most of those people whom I know. Equally farfetched was the charge that those who supported the deal were traitors and that President Barack Obama was Neville Chamberlain.

Let’s have the courage to take on those who make ad hominem attacks on others. Justice and civility are two sides of the same coin.

3) The outsize influence of our donors

Another challenge is money. We cannot allow money to make the community’s decisions. Wealthy people often have the wisdom to make money but not necessarily to decide about war and peace, how much to spend on education, how best to deal with immigration or prisons. In our community, there is this strange hegemony of big donors demanding control of decisions. They should have a vote, but, as we say in my Reconstructionist movement, not a veto over what we do and do not do.

When I was younger and on the Dallas Federation Board, a wealthy businessman at a board meeting announced that he was making a large gift to a project that he wanted to see happen but that had not gone through our process. In the 1980s that board said without pause: No, that is not how we do it here in Dallas. Would that happen today?

Finally, we must continue to ensure that our community understands the need to balance the universal with the particular. We cannot be a whole community in America and worry only about Israel, anti-Semitism and Jewish issues.

Our ethics and our texts and our experiences require us to worry about the poor; to demand that Darfuris, Yazidis and Royhingas not be killed and raped and moved from their homes; to insist that immigrants coming to this country as “the other” not be left to die in their oppressive homelands but have a chance here; and to ensure that the environment God gave us not be destroyed.

Our young people are not insular. They care about the whole world; every survey shows this. If we are unwilling to join them, they will look elsewhere. That is a sure way for this community not to continue being vibrant.

Rabbi Steve Gutow is outgoing president of the Jewish Council for Public Affairs. This op-ed is excerpted from his keynote address October 11 to the JCPA Jewish Community Town Hall.