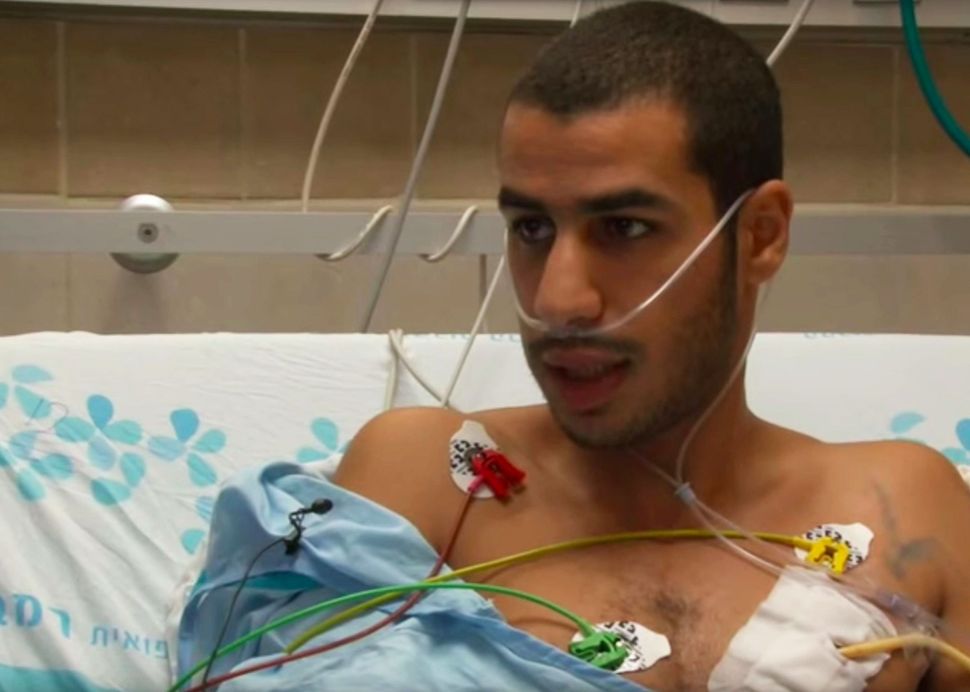 “If I would have known he is not the terrorist, believe me, I would have looked after him like I look after myself. In moments of fear people do things they are not aware of. I didn’t sleep all night… I feel disgusted with what happened.”

These words — , one of the Israeli Jews who attacked an Eritrean immigrant in Beersheva’s central bus station on Sunday night, mistaking him for a terrorist — are too little, too late.

The Eritrean immigrant, Abtum Zarhum, died after being shot by a security guard and then kicked repeatedly by bystanders. Far from coming to the bus station with any terrorist intent, this 29-year-old Eritrean was on his way to renew his work visa. That didn’t matter to the panic-stricken Israelis who saw him and — apparently taking note of his darker skin (the Israeli police spokesperson later suggested that Zarhum may have been attacked because of his race) — assumed he was one of the perpetrators of the terrorist attack that had just broken out in the bus station, claiming the life of Israeli Sergeant Omri Levy.

The worst part is, this isn’t the first case in recent days of an innocent getting killed by misdirected Israeli Jewish vigilante justice — and, if things keep going the way they’ve been going, it probably won’t be the last.

As violence spirals in the region, Israeli Jews are increasingly taking matters into their own hands. Of course, it’s not hard to understand the psychology at work here, where a climate of fear pushes people to extreme, impulsive behavior. But the cost is very high, and the people bearing the brunt of it, aside from the Palestinians, are the “others” of Israeli society: African asylum seekers and Mizrahi (Arab) Jews.

On October 13, in the Haifa suburb of Kiryat Ata, an Israeli Jew who was seeking to avenge the deaths of other Israeli Jews stabbed a young man, believing him to be an Arab. In fact, this man was an Arab — only not the kind that the assailant took him for.

Recovering in the hospital later, Rezken told Israeli TV: “We are all human beings, we are all equal. “It does not matter if an Arab stabbed me or a Jew stabbed me, a religious, Orthodox or secular person. I have no words to describe this hate crime.”

A Maariv report (Hebrew) chronicled several more recent instances of Mizrahi Jews suffering as a result of their Arab appearance.

First there’s the Jerusalem resident, identified only as “A,” who says he can’t think of a single time when he’s walked through the streets in the past few days without attracting suspicious or hateful looks. “There’s nothing I can do about it. It’s my appearance,” he says. At one point, faced with an oncoming march organized by the extremist right-wing group Lehava, “A” resorted to hiding in the bathroom of a coffee shop. “I can’t cope with them, their racism, their questions aimed at finding out whether you’re a Jew, whether you have an accent. I can’t cope with the fact that I have to ‘prove’ that I’m a good Jew.”

Then there’s the Jewish Haifa resident who posted on social media about being attacked by a fellow Jew who took him for the “wrong” sort of Arab. The Mizrahi fled the scene “at maximum speed” and wrote, “I escaped the situation by the skin of my teeth.” He added: “I ask every person who has a Mizrahi appearance and who may be identified as an Arab to show extreme caution when walking around outside — we’re talking about a matter of life and death.”

And then there’s the account of journalist and filmmaker Yael Arava from Ramat Gan. She posted on Facebook about how she witnessed a crowd of about 40 Israeli Jews descending upon a small, Arab-looking man in the street. They caught him, beat him to the ground and pepper-sprayed him even as he whispered, “I’m not an Arab, I’m a Jew…” Arava screamed: “Stop! What are you doing? Leave him alone! This is not the Wild West!” Eventually, the crowd dispersed. But not before causing her to wonder: “Is this the new way of life here now?”

Israeli Prime Minister Benjamin Netanyahu, apparently wondering the same thing, reacted to the tragedy in Beersheva by cautioning Israelis “not to take matters into their own hands.” That’s all very well and good, but it rings a little hollow. It rings hollow because Netanyahu’s own government has long been fueling the racism and hatred toward African asylum seekers, contributing to an environment in which Israeli Jews, glancing quickly and fearfully around a bus station and seeing a dark-skinned man, may decide to attack first and verify later.

Netanyahu is not innocent when it comes to what Mizrahi Jews are suffering, either. His fearmongering about Arabs — remember his pre-election warning about “Arabs coming out in droves to vote”? — has helped create an atmosphere wherein all Arabs are suspect. And, though Netanyahu wouldn’t define them as such, that includes Mizrahi Jews. If you want proof, just look at who’s getting hurt.

It’s a sad irony that it takes stabbings and other violent attacks to bring to our attention just how illusory the divide between “Jewish” and “Arab” is. Living on the seam of these two identities, Mizrahi Jews collapse that binary, reminding us that the distinction between “us” and “them” is and has always been porous and frail precisely because it’s fake and manufactured. The question is, manufactured to benefit whom?

For the most part, “othering” people like Arabs and African asylum seekers benefits politicians like Netanyahu (he won that election, didn’t he?) and the privileged class of Israeli citizens, too.

But then something like this happens, and all of us — including Netanyahu — pay the price.