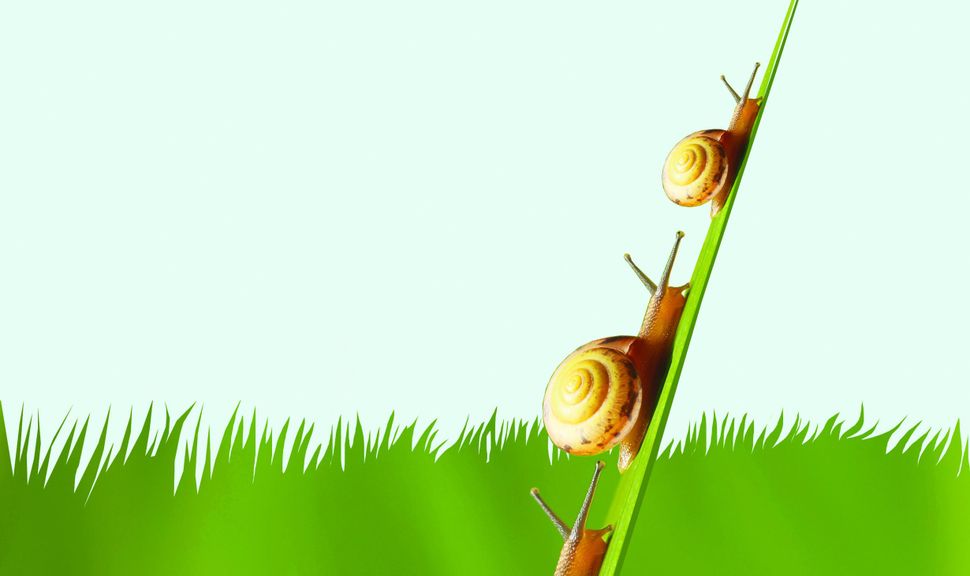 It’s hardly a new complaint about Jewish observance, though it is one gaining traction. How — clergy and directors of non-Orthodox synagogues across the country are asking themselves – can we make services less boring?

It’s a justifiable aim. Attendance is down and there’s a lot to compete with, whether cell phones, delicious food, or yoga to improve spirit and derriere. Tell Siri you’re bored and her first response is “Not with me, I hope.” Say it again and she’ll reply, “I’ll see what I can do to entertain you.”

But boredom is good and our houses of worship are some of its last bastions. Let’s keep Judaism boring!

What I mean by boredom is not a simple absence of stimuli. It’s a sensation with many shades of gray. At one end of the spectrum is temporary mental idleness while at the other is gnawing, near-permanent, existential ennui. I’m not advocating the latter, but there are many positive things to get from a period of forced stillness for those who are otherwise mostly functional, content and (perhaps perpetually) active.

Being an advocate of boredom doesn’t mean I fetishize solitude or hierarchize stillness above togetherness and engagement. Life is with people. Still, boredom is becoming a lost art and Judaism is one of the few places where we can still encounter it.

Within boredom lies a forced stillness, one that can serve as an escape from the cult of productivity our work and friends demand. It offers us a moment to contemplate nothingness, absence, futility, purposelessness. This is a gift.

“That which has been is what will be, that which is done is what will be done, and there is nothing new under the sun,” Ecclesiastes tells us. I’ve got a friend who says he can learn everything he needs to know about a person based on whether they find this verse inspiring or depressing. He prefers those who find it inspiring.

This preference for those who find succor in this passage isn’t because of some inborn gothic tendency, or undiagnosed depression — my friend squarely fits into the category of bon vivant. Instead, it’s because he believes there is something liberating about this boredom-induced reflection. It’s a release valve for our vanities, a necessary respite from our ambitions. Will we return to our vanities and ambitions afterwards? Absolutely. But we’ll do it with a deepened humility, one that could actually free us to be better people, or just to have more fun.

Which leads me to another point, one that may appeal most to those who’ve already checked their Twitter twice while reading this.

Experiencing boredom can make us more productive. It’s a palate cleanser, a journey to those distant borders of our mind we rarely get to visit, a chance to observe what paying attention means to us when there is nothing to pay attention to. It also, as Susan Sontag wrote, pushes us to “[learn] new modes of attention — say, favoring the ear more than the eye,” which is essential to creativity and finding new ways to approach old problems. Psychologists who have studied boredom agree, saying it “can be central to learning and creativity.”

There’s also a spiritual value to monotony and repetition. Many spiritual systems are built upon doing the same thing over and over and over again. Today routine is associated with the mundane, the compulsory — the stuff we get through before we can move on to the new and revelatory. But the word routine used to have a stronger overtone of “route” and, in the same way that judo means “gentle way,” meant course or path. It carries with it the promise of an arrival. (To where? That’s up to the individual.)

Jewish liturgy has a fair amount of routine and repetition. (Surely many of you have noticed how often we mention that one, and only one, God of ours.) Yes, this repetition can be boring. But sit with it long enough and, as any devotee of minimalism can tell you, the mind begins to attune itself to the small differences in the language, the nuances of our reactions to the words, sounds and movements and, eventually, existence itself. The boredom pushes us to reach in new directions and, eventually, this most passive of states will reveal itself to be one of the most active ones.

Of all boredom’s gifts, perhaps the most important is how it can push us to realize that we, as individuals and as a community, will never be fixed or solved. Instead, we will forever require constant fine-tuning, calibration, a chance to realize that we must turn ourselves around and walk in that direction instead. That idleness we all dread and avoid? It plays a big part in making this possible.