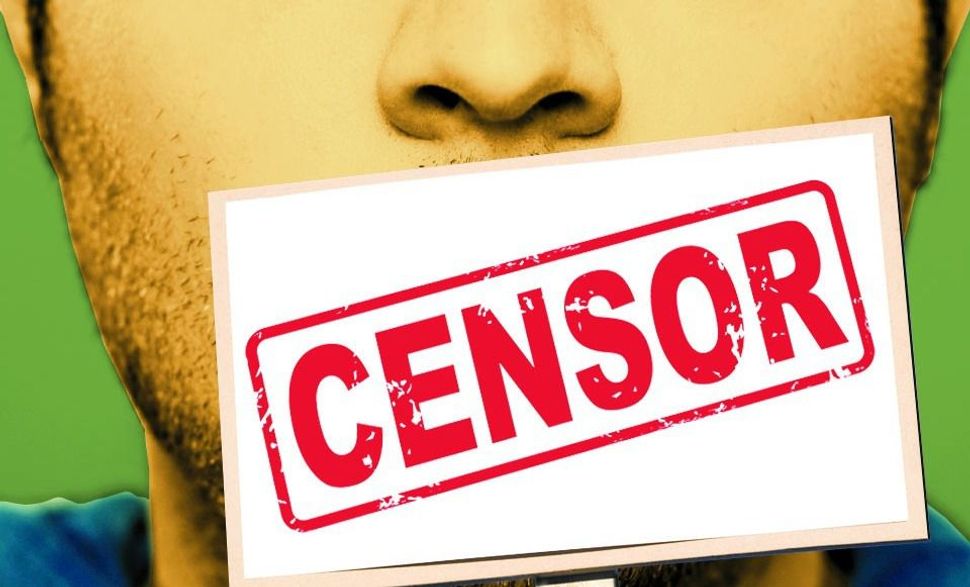 A debate over race and free speech is roiling my beloved alma mater, and in it I find unmistakable parallels to the fraught conversation about Israel that is the subject of so much Sturm und Drang — and so much communal spending — on college campuses across the country.

The analogy isn’t exact. The harassment some students say they experience when expressing views advocating for Israel or criticizing it cannot be equated to the structural racism that African Americans confront in the course of daily life. We Jews can’t forget that most of us enjoy the privilege, and it is a privilege, of being white in America.

Still, there is a shared underlying theme here, in the challenge of accepting that safety and freedom cannot always be balanced. Sometimes, you have to choose. And in my opinion, free speech should be the highest value, especially at a university. Because it is a university.

First, a disclaimer. I am not just a graduate of Wesleyan University, I bleed red and black, having married another graduate, sent two of my children there and served on the board of trustees, as an active volunteer and a teaching fellow. There’s more, but you get the picture.

So when a controversial opinion piece published in The Argus, the official college newspaper, ignited furious reaction from some students and a move to cut substantial funding from the paper, which then prompted indignant columns in The Wall Street Journal and The Washington Post and anxious concern from fellow journalists, I had to investigate. And did I mention that I was once (the first woman) editor of that newspaper? That, too.

The offending opinion piece was by Bryan Stascavage, a 30-year-old self-described political conservative, one of 40 military veterans on campus through a partership with the Veterans Posse Program, which provides scholarships and other support. Stascavage isn’t your average Wesleyan student; nor are his views mainstream on a campus known for its raucous liberalism. Still, he has a regular Argus column, and in September he used it to question whether extremists associated with #BlackLivesMatter have instigated violence against police officers, and whether the movement itself could bring about positive change.

I read his column. It’s rough, in style and argument — though no more than many columns in college newspapers, where the writing experience can mean more than a polished product. (I shudder to think of what I published years ago.) Understandably, #BLM activists were deeply offended. Unfortunately, they initiated a boycott of The Argus, harassed the writer and persuaded the student government to consider slashing the newspaper budget to provide paid positions for alternative campus publications. Beleagured Argus editors wrote a clumsy apology. University President Michael Roth issued a stirring defense of free speech on campus. And some quickly labeled the incident as yet another example of political correctness run amok in elitist academia.

That’s too simplistic. So far, the newspaper’s budget hasn’t been cut, Stascavage is still being published, and Roth’s unequivocal statement — “censorship diminishes true diversity of thinking; vigorous debate enlivens and instructs” —has been widely lauded.

So the first lesson when it comes to assessing assaults on campus free speech is not to give in to hysteria. (Are you listening, worried Jewish parents?) The second is to recognize that the subjects of speech deemed unacceptable fluctuate with the times.

Roth reminded me that when we were roaming the halls in Middletown, Connecticut — our years as students overlapped — there were protests against nuclear weapons, and the CIA was banned from recruiting, so strong were anti-military sentiments after the Vietnam War. Now, 40 military vets are welcome on campus.

Nonetheless, assaults on campus free speech today reflect two new developments. Where once the main source of censorship was institutional (and still is, especially for high school journalists), now it’s peer pressure, amplified through social media. The ugliness online echoes the increasing polarization in political discourse beyond the campus walls. The ignorance of constitutional rights and responsibility reflects a long disinvestment in civic education. How else to explain why students in elite universities think it’s okay to censor legitimate published opinion?

That, combined with the elevation of victimhood, brews a newly toxic mix. “On college campuses, you get a lot of mileage out of being intimidated,” Roth told me. “If your argument is bad, the best thing is to say you’ve been hurt.”

Even if your argument isn’t bad, it seems the popular thing to do. As our Nathan Guttman reported recently, activists for Israel and for the Palestinians are claiming the mantle of victimhood with strikingly similar language, to the point where their complaints and sensitivities mirror each other. “They’ve learned to expect that they’ll never feel challenged and that feeling challenged is unsafe,” said Robert Shibley, executive director of the Foundation for Individual Rights in Education, an organization that works to increase open speech on campus.

If that’s true, then liberal education is failing. We Jews must be in the forefront of arresting that terrible development. No one goes to college with the inalienable right to remain safe and comfortable, to avoid intellectual and political confrontation. Just as African Americans don’t have a monopoly on setting the terms for debate on race, Jews cannot dictate what’s acceptable speech on Israel. Our safety is dependent on our freedom, not the other way around.