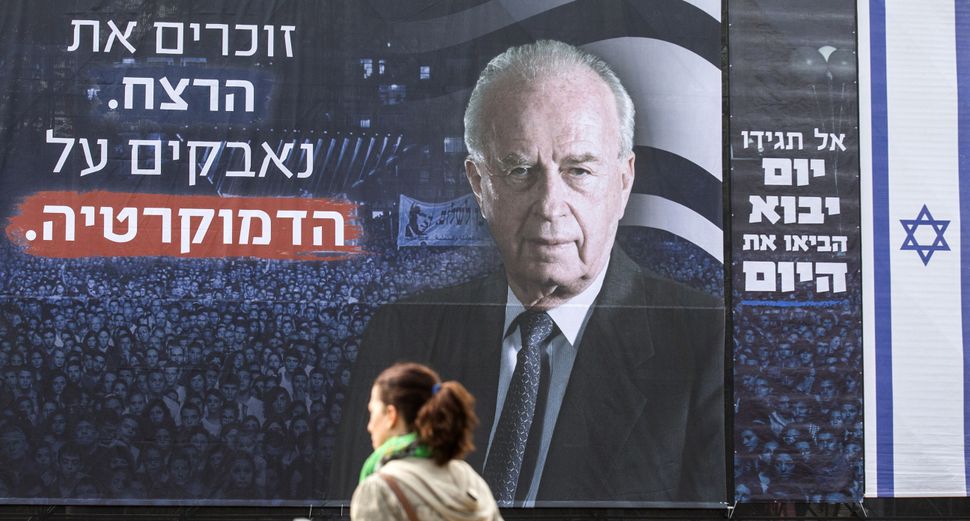 Few events in Jewish history have been more shattering than the assassination of a Jewish prime minister in the Land of Israel. Over and over our memories replay the horror in slow motion as he’s accused of collaborating with the enemy, then cut down by a fellow Jew who imagines himself the true heir and redeemer of Israel’s patrimony.

The tragedy so altered the course of history, so shattered our sense of ourselves as a people, that we continue to mark the anniversary each year with mourning and fasting, even though it happened almost 2,600 years ago.

I refer, of course, to the assassination of Gedaliah ben Ahikam, chief minister of Judea in the first years after the fall of the First Temple. You were maybe thinking of the other assassination of an Israeli prime minister? The one now reaching its 20th anniversary? Please, stay alert. Yitzhak Rabin was the second. Gedaliah was the first.

Gedaliah was appointed by King Nebuchadnezzar of Babylonia to govern what was left of Judea after the Babylonians destroyed the First Temple in 586 BCE and exiled most of the population. We don’t know much about his leadership, but he managed to revive agriculture, restore order and even bring home some exiles. As recounted in the biblical books of Jeremiah and Kings II, he was murdered by Ishmael ben Netanyah (I couldn’t make that up), a relative of the deposed Judean king. Beyond Gedaliah’s ties to Babylonia, Ishmael apparently resented seeing a commoner governing King David’s realm. He imagined himself the true heir.

The assassination ended the last vestige of Jewish self-rule, closing the final page on the First Hebrew Commonwealth and the kingdom of David. The sages of the Talmud deemed it a historic catastrophe on a par with the destruction of the two Holy Temples. The anniversary is commemorated to this day as the Fast of Gedaliah, observed the day after Rosh Hashanah.

We know much more about the second prime minister in Israel to be assassinated, Rabin. His life and death fall within living memory. And yet despite all we know of his life, we understand little about his death and what it means. Logic suggests that his murder carries the same historic gravity as Gedaliah’s, and therefore the anniversary should enter the Jewish calendar with similarly formal solemnity. But it hasn’t yet. 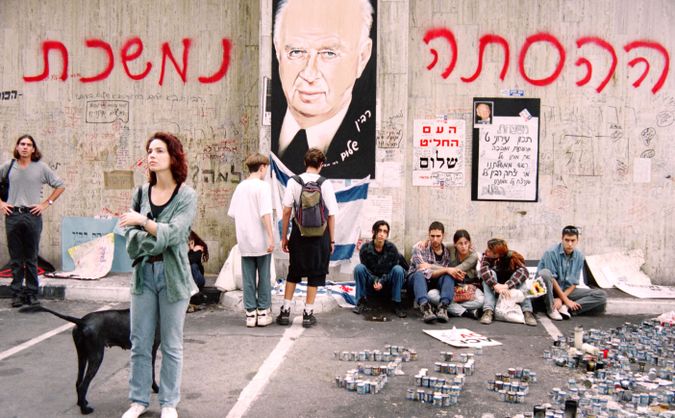 Mourners gather at memorial for Yitzhak Rabin after his assassination by a right-wing extremist. Image by Getty Images

Perhaps it’s too soon. Perhaps the perspective of generations is needed to appreciate the meaning of today’s events. But no: Holocaust remembrance day, Israel’s independence day and even Jerusalem unification day have all entered the modern Jewish canon here and in Israel, with their meanings more or less agreed. Not Rabin’s assassination.

In reality, if the meaning of Rabin’s assassination seems obscure, that’s because we disagree about what it means. And we’re afraid to air that disagreement too openly because the disagreement is so sharp and the consequences so extreme.

To put a finer point on it, Rabin was murdered because a dispute between him and his political opponents reached such an incendiary level that one opponent decided to thwart the prime minister’s plans by killing him. Most of the opposition surely never dreamed their vitriol might incite a listener to murder. But extreme words sometimes incite hotheads to extreme deeds. Alas, the speakers rarely take responsibility afterward for the consequences.

This leaves Rabin’s opponents in an awkward position. The assassination ultimately succeeded. It brought the opposition to power and left Rabin’s vision in shambles. They now write the history. But they can’t admit that the calamitous act was a result of overzealous pursuit of their own cause. What they’re left with is an incoherent insistence that killing prime ministers is, well, very naughty.

Their incoherence was on full display at the Knesset’s annual Rabin memorial speech-a-thon on October 25, the anniversary of his death by the Hebrew calendar. Prime Minister Benjamin Netanyahu, who had led the inflammatory attacks on Rabin during his final months, spoke of Rabin’s commitment to fighting terrorism and of the impossibility of making peace with the Palestinians, which he was sure Rabin understood deep down. President Reuven Rivlin, an outspoken opponent of Palestinian statehood, spoke of the eternal unity of Jerusalem, which has emerged as a major stumbling block in peace talks. Both men turned Rabin’s vision on its head to justify their opposition to his policies when he was alive.

What was Rabin’s vision? Yossi Beilin, the main architect of the Oslo Accords and a protégé of Rabin’s lifelong rival, Shimon Peres, suggested unsympathetically in a recent Haaretz interview that Rabin — the first native-born Israeli prime minister — had no vision and never thought more than two weeks ahead. That’s half-true. Rabin’s character was molded early on by the free-wheeling, seat-of-the-pants culture of the socialist Palmach militia that he joined as a teenager. But three unwavering principles guided him throughout his career: an unsentimental, sometimes ruthless commitment to Israel’s security; a belief in the legitimacy of democratic government in a fractured society, and an unshaken belief in the importance of partitioning historic Palestine into Jewish and Arab states.

Security: In July 1948, during Israel’s War of Independence, when founding Prime Minister David Ben-Gurion decided to expel the populations of the Palestinian cities of Lydda and Ramleh in order to secure the international airport and the road to Jerusalem, the order was signed by Rabin, a 26-year-old Israel Defense Forces brigade commander and future chief of staff. 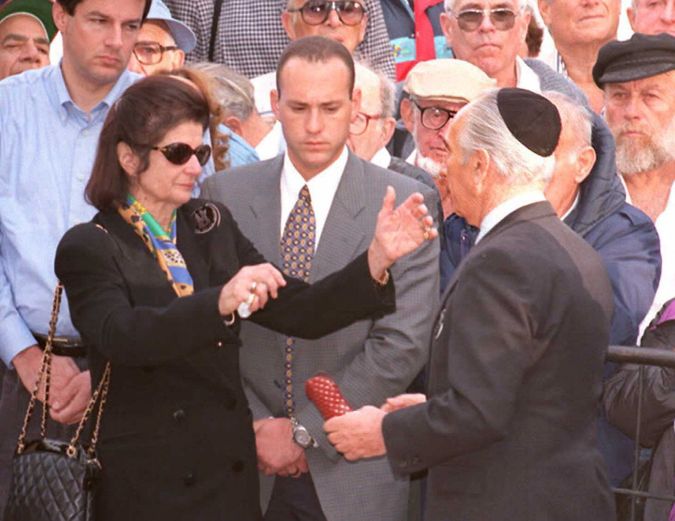 Partition: Rabin first became prime minister in June 1974, tapped by the Labor Party after Golda Meir was forced to resign amid post-Yom Kippur War protests. In an interview in Yediot Aharonot that spring, asked about Moshe Dayan’s plan to retain the West Bank and share “functional” control with Jordan, Rabin replied, “What do I care if I need a visa to travel to Bethlehem?”

In 1976, frustrated by Defense Minister (and Dayan protégé) Peres’s championing of settlements, Rabin told an interviewer that the settler movement was “a cancer” that would eventually prevent withdrawal, leaving Israel an “apartheid state.”

And yet, in the 1980s, when Peres began touting Palestinian rights and a “new Middle East,” Rabin was contemptuous. His vision of Palestinian statehood, he often said, was not a marriage but a divorce. Israel needed a border between itself and the Palestinians precisely because they were hostile. After the signing of the Oslo Accords with Yasser Arafat in 1993, during his second round as prime minister, Rabin summed up his vision as “Us here, them over there.”

Would Rabin have pushed on to a peace agreement if he’d lived? We’ll never know. But we do know this: Israeli and Palestinian leaders have engaged in three rounds of serious peace talks since the Oslo signing. One was between Beilin and Arafat deputy Mahmoud Abbas in October 1995. The next was between Ehud Barak and Arafat, beginning in July 2000, ending with Arafat’s walkout but resuming a month later and continuing through January 2001. The third was between Ehud Olmert and Abbas in 2008. Each time, a draft was presented to the Palestinians for a response. Each round was suddenly cut short when Israel’s prime minister was removed — first by assassination, then by coalition collapse, then by corruption charges.

We’ll never know whether the Palestinians are willing and able to reach an agreement until Israelis decide to let a prime minister stick around and finish the job.