Why My Jordanian Students Thought I Was Lying About Judaism 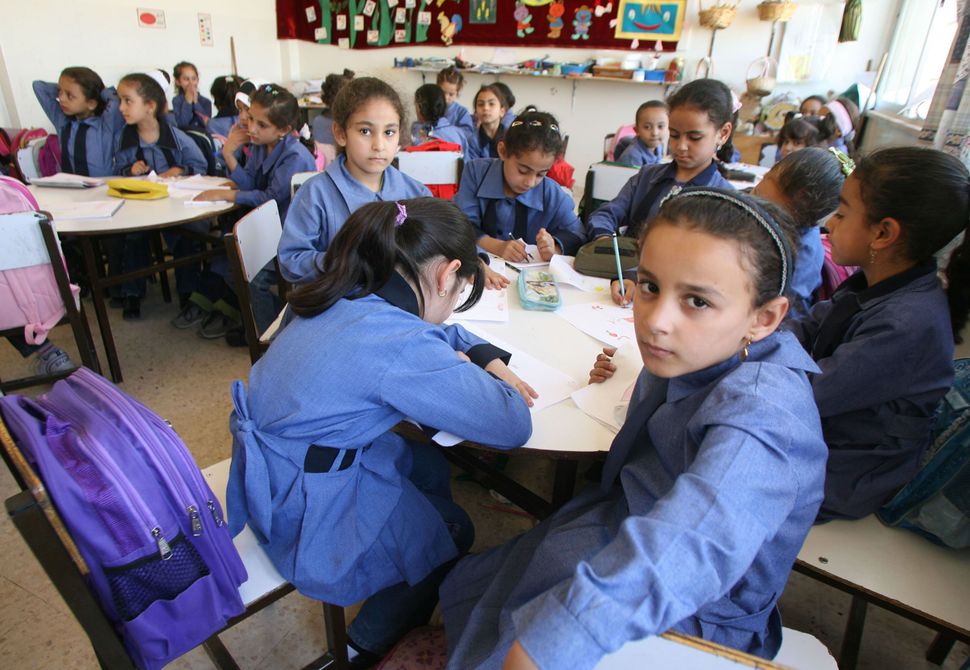 “So, wait, Miss — there is a difference between Jews and Israelis?”

Coming from a seventh-grade Jordanian of Palestinian origin, this question was a breakthrough in my classroom.

As a foreign teacher in a private Jordanian school, I need to be careful what I say in front of my students. I am not allowed to mention the word “Israel,” and I need to tread lightly around any political situation in the region. But as a history teacher, I also have an obligation to distribute information that will help my students become open-minded members of a global society.

When I found out that I would be teaching a world religions class to a classroom of students of predominantly Palestinian origin, I knew that teaching about Judaism would be the greatest challenge. While my classroom is made up of Muslims and Christians, whose religions also stem from the Abrahamic faith, little to no information is taught or known about Judaism, especially in Jordanian schools.

In Jordan, this is because of the neighboring Israeli-Palestinian conflict. Second and third generation students whose grandparents and great-grandparents fled or were forced from their towns in Palestine still carry the burden, the stories, the anger and the strong sense of the right of return. For them, Jews are the other, the oppressors. While Jordan has had a peace treaty with Israel since 1994, the current political crisis has soured the way Jordanians see Jews. And historical information about the Judaism that existed in the region long before this conflict is scarce.

I needed to come at this subject in a way that my students could understand and easily process. This meant taking things extremely slowly. Everything that might seem simple to an average observer was shocking to my students. The belief in one God, the holiness attributed to the prophets Abraham and Moses, and the fact that Jews pray and fast — all of these were surprising to my students.

Once they worked through basic beliefs and doctrines, I decided to push them further in their quest for applying their new knowledge to their lives. I showed them videos of Jews from Syria, Egypt and Yemen, including parts of “The Jews of Egypt,” a documentary released after the Arab Spring, which fostered much discussion. I played them music influenced by Jewish culture from Iraq and Morocco and even Israel, thanks in part to the all-female family band A-WA, whose roots are of Jewish Yemeni origin, and who are finding a small cult following in the Middle East.

“But, Teacher, how are they speaking in Arabic?” my students asked. “They’re Jewish!”

“Yes, and where did we say Judaism originated in the world? Was it not the Middle East?”

Suddenly, they wanted to listen to more music, they wanted to hear more Jews speaking Arabic, and they wanted to know about a history they never dreamed could have existed. Sadly, conflicts and wars have made such stories of Jewish Middle Eastern culture all but forgotten.

One student did not believe me when I told her there used to be a Jewish community in Iraq. Being of Iraqi origin, she said she never heard of Jews who came from her homeland. I pushed her: I told her to ask her grandparents if they knew of any Jews growing up in Baghdad. Almost as if she was determined to prove me wrong, she told me she would ask both her grandparents later that night.

When she came back, it was as if she was in disbelief at the words she was speaking. “My grandfather told me his best friend while growing up was Jewish and my grandmother said that her classroom had many Jewish students who were also her friends. They both seemed sad while telling me. They said they miss them very much, and the way Iraq was — welcoming to all people.”

As this student told her story, the whole class listened very intently, taking in her words. I wondered if any of their grandparents had stories that they carry but never reveal, still too heartbroken to remember a time when diversity seemed more acceptable. 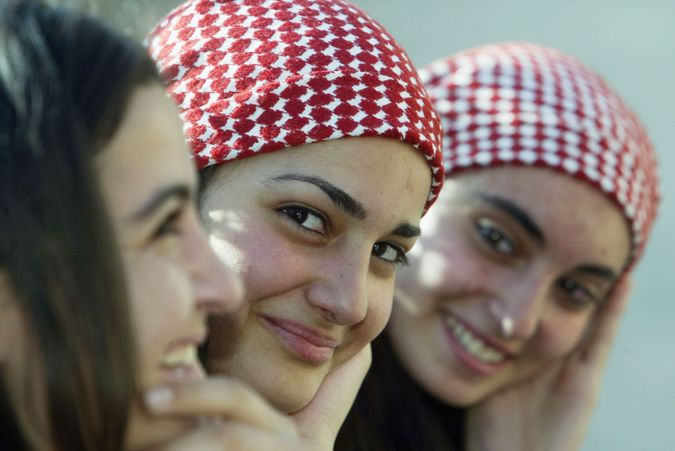 This history must not be lost, or we will lose the memories that once sustained many people in the region. The Palestinian narrative is important and needs to be told. The Jewish history of the Middle East also needs to be told, to bridge a separation that sometimes seems impossible, especially among the youth. Stories are important in the region, and to tell stories is to tell history.

This is how I decided to teach Judaism in Jordan: more than memorization, it was a bridge between religions, people and cultures. By learning the Jewish history of the Middle East, my students were able to see the similarities between Judaism and their own religious traditions, and will be able to use this foundation to initiate conversations with their friends, parents and families. They will be able to search out more stories, analyze new information and begin to reconcile the diverse narratives woven into the history of this part of the world.

I realized as I taught my students that this information is valuable for me, too. The Jewish Middle East teaches us that the violence we are seeing today is not an inevitable clash of civilizations, or an irreconcilable difference between two religions who both trace their history back to the same region. I hope that my students, my peers and those around me can also begin to understand this intertwined history, so that we might better understand our differences — and our similarities.

Why My Jordanian Students Thought I Was Lying About Judaism